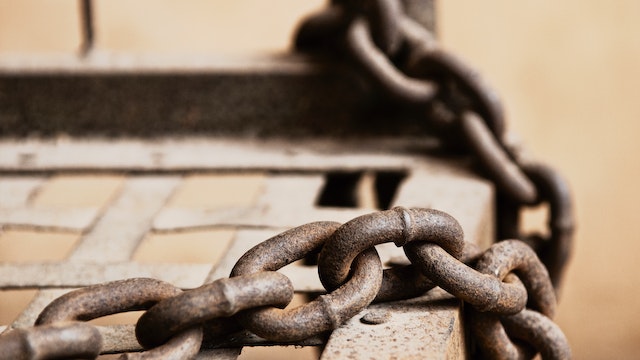 In 1975 Tuol Svay Prey High School was taken over by Pol Pot’s security forces and turned into a prison known as Security Prison 21 (S-21); it soon became the largest centre of detention and torture in the country. S-21 has been turned into the Tuol Sleng museum, which serves as a testament to the crimes of the Khmer Rouge.

Between 1975 and 1978, some 20,000 people held at S-21 were taken to the Killing Fields of Choeung Ek. Like the Nazis, the Khmer Rouge leaders were meticulous in keeping records of their barbarism. Each prisoner who passed through S-21 was photographed, sometimes before and after torture. The museum displays include room after room of harrowing B&W photographs; virtually all of the men, women and children pictured were later killed. You can tell which year a picture was taken by the style of number-board that appears on the prisoner’s chest. Several foreigners from Australia, New Zealand and the USA were also held at S-21 before being murdered. It's worth hiring a guide, as they can tell you the stories behind some of the people in the photographs. An audio tour is also available, and recommended for greater insight for visitors without a guide.

As the Khmer Rouge ‘revolution’ reached ever greater heights of insanity, it began devouring its own. Generations of torturers and executioners who worked here were in turn killed by those who took their places. During early 1977, when the party purges of Eastern Zone cadres were getting under way, S-21 claimed an average of 100 victims a day.

When the Vietnamese army liberated Phnom Penh in early 1979, there were only seven prisoners alive at S-21, all of whom had used their skills, such as painting or photography, to stay alive. Fourteen others had been tortured to death as Vietnamese forces were closing in on the city. Photographs of their gruesome deaths are on display in the rooms where their decomposing corpses were found. Their graves are nearby in the courtyard. Two of the survivors, Chum Mey and Bou Meng, are still alive, and often spend their time at S-21 promoting their first-hand accounts of their time in the prison.

A visit to Tuol Sleng is a profoundly depressing experience. The sheer ordinariness of the place makes it even more horrific: the suburban setting, the plain school buildings and the grassy playing area where children kick around balls, juxtaposed with rusted beds, instruments of torture and wall after wall of disturbing portraits. It demonstrates the darkest side of the human spirit that lurks within us all. Tuol Sleng is not for the squeamish.

Behind many of the displays at Tuol Sleng is the Documentation Center of Cambodia (www.dccam.org). DC-Cam was established in 1995 through Yale University’s Cambodian Genocide Program to research and document the crimes of the Khmer Rouge. It became an independent organisation in 1997 and researchers have spent years translating confessions and paperwork from Tuol Sleng, mapping mass graves, and preserving evidence of Khmer Rouge crimes.

French-Cambodian director Rithy Panh’s film The Khmer Rouge Killing Machine includes interviews with former prison guards, including chief interrogator Him Huy, and is shown daily at 9am. Another Khmer Rouge documentary, Behind the Wall, screens at 3.45pm daily.