The eternal lure of icebergs: fulfilling a life-long dream of visiting Antarctica

Caryn B. Davis spent a lifetime dreaming about visiting Antarctica. When she finally visited in January this year, she found she wasn't alone in hearing the call of the White Continent...

Nothing will get you out of bed faster than seeing your first iceberg.

I've been intentionally sleeping with the cabin curtains open even though it’s light almost 24 hours a day, because I don’t want to miss a thing.  My body has no problem adjusting, maybe because I am super excited to be here. I leap across the room, open the sliding glass doors and step outside onto the balcony. I breathe in my first breath of crisp Antarctic air, which is so clean it burns my nostrils.

As if this isn’t amazing enough, I watch our ship maneuver effortlessly, past one frozen floe after another. I marvel at the various sizes, shapes and infinite shades of white and blue; like snowflakes, each one is completely different. Surprisingly, they have a sculptural quality about them, and nature is the artist.

I have been waiting for this moment since we left Ushuaia, Tierra del Fuego, at the very tip of South America, two long sea-filled days ago. We were very lucky, I am told. The swells we encountered going through the notorious Drake Passage, where the mighty Atlantic, Pacific and Indian Oceans converge, were incidental. The group before us encountered waves over 40ft and were confined to their rooms; even the most adept sailor was queasy.

I'm grateful that this 466ft expedition cruise ship chartered by Abercrombie & Kent (A&K) has stabilizers. I think about the many intrepid explorers who made this voyage before me – my heroes – Robert Falcon Scott, Ernest Shackleton and Roald Amundsen. Their wooden boats did not have stabilizers (or heat, hot water or fresh food for that matter), and still they came.

As a young girl, I devoured stories about these men and other great polar explorers who gave up everything they knew to brave the elements and risk their lives in exchange for the unknown. What compelled them to such extremes? Was it pure adventure, or a lofty aspiration to be the first person to reach the South Pole? Or was it simply a desire to go beyond what they believed was their own limitations?

“I think it’s a human trait to explore and go places we’ve never been. You look at the space program and think, who would want to be an astronaut? And yet, I am on this boat going as far south as anyone I know has ever been,” says fellow passenger Katherine “Bolling” Farmer from North Carolina.

What compelled me to take this journey to the coldest, driest, harshest, windiest and most remote place on the planet? I can’t say for sure. I do know I have held this dream in my heart and imagination for over 25 years. It began when I applied for a job on the White Continent as support staff. Even though I was rejected, the desire to go stayed with me.

I am not alone in this quest. There are 180 other passengers who came to experience the majesty and grace of this otherworldly corner of the globe. Some came to celebrate milestone birthdays, others have been before and wanted to see it again and others, like me, have always felt an unexplained yearning to come here.

“I have always wanted to come to Antarctica. Growing up in Scotland, explorers were a really big deal. We learned a lot about them so I had that vision from when I was a wee boy. No matter how much you read or watch you cannot truly believe the magnitude of it until you get here,” says Martin Mackay, who now resides in Connecticut. “Yesterday we went onto the mainland for the first time, which was my 60-year ambition and there were tears in my eyes.”

There are 10 of us in a zodiac tooling around Crystal Sound, a body of water lodged between the Biscoe Islands and the coast of Graham Land. There is nothing out here; no cars, lights, cities, houses, hotels, airplanes, noise or any other vessels for that matter. Just us, leopard seals lounging lazily on ice floes, and some Adélie penguins fearlessly swimming by. We are as far away from civilization as one can get, surrounded by 360 degrees of sea ice, snow capped mountains and crystal clear water. It reads like a frosty moonscape and we all agree we have never seen anything quite like it.

“I don’t know how to describe the beauty of this place. The first thought that comes to mind is how humbling it is. It’s so different. I have traveled extensively, but I have never been anywhere where the vistas and horizons are so vast. There are always more mountains and glaciers,” says Jay Grinney from Alabama.

I'm on the vessel for 12 days but down here time passes differently for there are no distractions to take you out of the present moment. The landscape and weather are ever changing, so it’s always new and exciting; and of course the wildlife reigns supreme. We see minke, finback, and humpback whales; gentoo and chinstrap penguins; crabeater, elephant and Weddell seals; and albatross, Antarctic shags and several species of petrels. There is no time for sleep. There is just too much to see and feel.

People have been coming to Antarctica for only 200 years; first explorers, then scientists and now tourists. In summer, approximately 4000 scientists work across 66 bases. In winter, that number dwindles to about 1000 courageous souls across the entire continent. Sunlight is practically nonexistent during the winter months, and temperatures recorded at Palmer Station, a US research base we visited, have previously plummeted to -107°F (-77°C).

Unlike most places that have been conquered, divided and in many cases environmentally decimated, Antarctica remains relatively untouched, although climate change is a real and growing concern. Glaciers are melting, ocean temperatures are rising and with that comes foreign species. Additionally, the Adélie penguin may well become extinct due to habitat loss from dissolving ice. This past January, Argentina’s Esperanza Base reported a record-breaking 65°F (18°C), the warmest temperature ever recorded on the peninsula. In the same week, the face of the William Glacier located on Börgen Bay, Anvers Island, where Palmer Station sits, collapsed into the sea.

“When I arrived at Palmer 20 years ago, I was immediately confronted with the disappearing of the Adélie penguin population in front of the station, and the Marr Glacier behind the station, receding. Every year we saw changes. The story of climate change really needs to be told,” says Dr James McClintock, an author, an endowed professor of marine zoology at the University of Alabama at Birmingham, a lead climate ecology lecturer for A&K, and a scientist at Palmer Station where he studies the effects of climate change. “With my lectures I point out that despite its remoteness, Antarctica is a climate maker for the rest of planet. The ice sheets are melting and that does contribute to sea levels rising along the coast of Alabama where I live and in other locations. It is part of our lives, and it’s important now for scientists to step up and share this story with the public.”

Still, after making over 30 trips to the bottom of the earth, McClintock never tires of the view. “I have long said that describing the essence of what makes Antarctica so special is almost impossible. Photographs don’t even come close. For me, perhaps poetry comes closest,” he says.

After experiencing Antarctica, I have to concur. A voyage to the White Desert is not a vacation but rather a journey in every sense of the word. Dr McClintock had said, "Antarctica will change you," but I did not know what he meant until now. Down here the material world ceases to exist. Rarely do we have that experience in today’s ultra fast-paced world. Our reality simply becomes the vast beauty we see before us, and suddenly, through nature, our understanding of ourselves and the world we live deepens. What a gift. 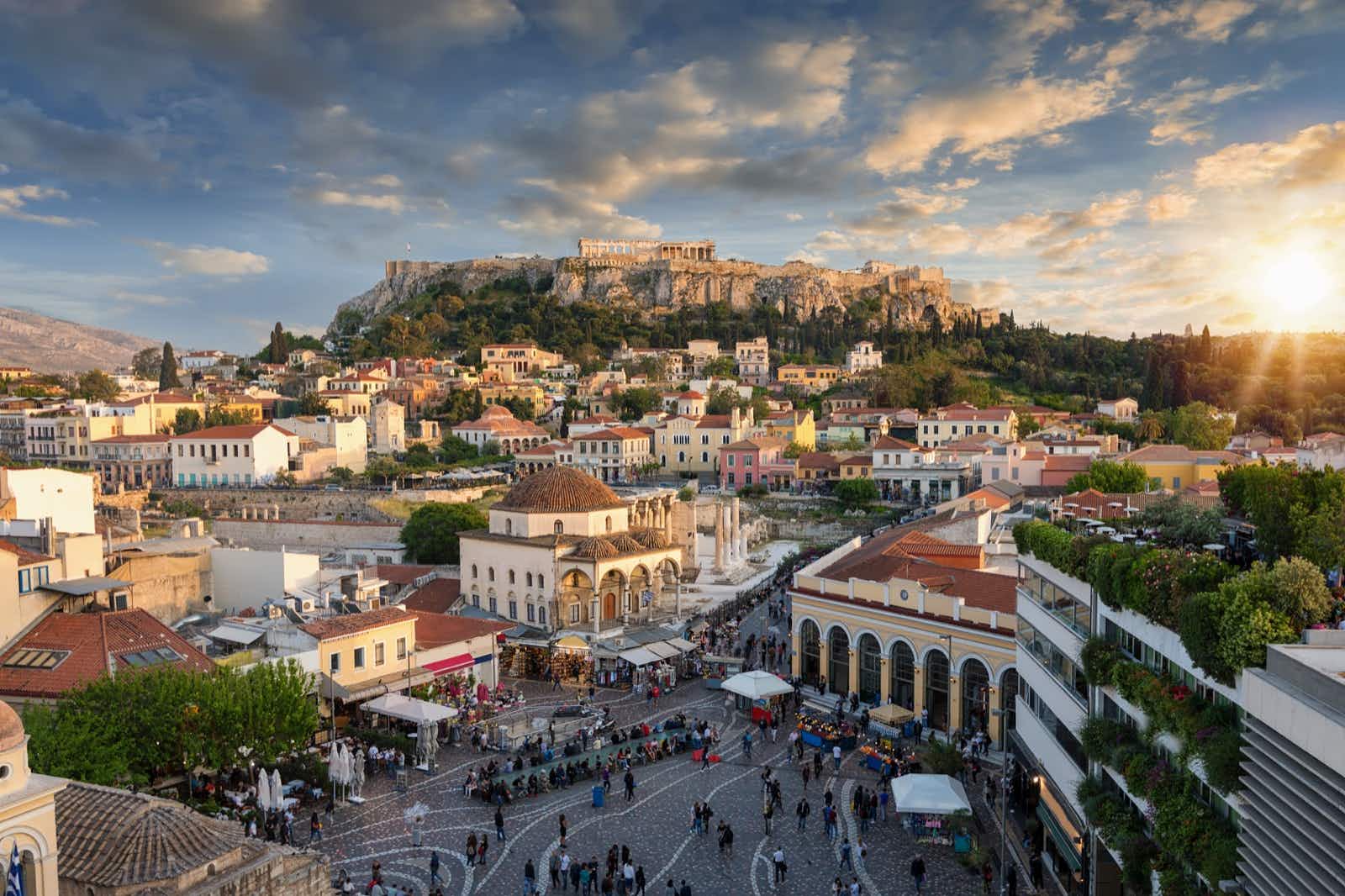 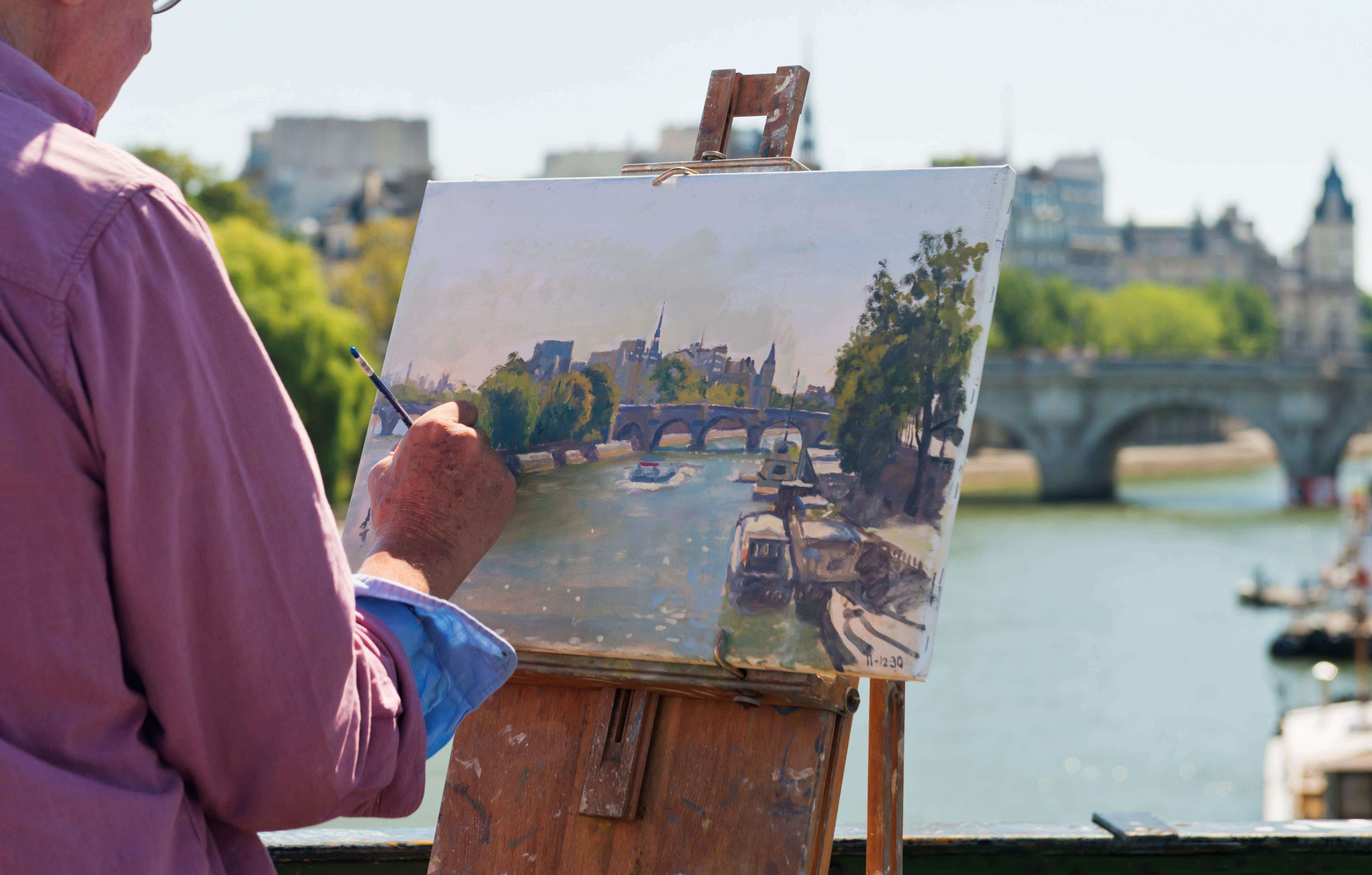 The best writing and art retreats around the world