The best hikes in Chile through extraordinary landscapes

No matter where you go in Chile, an epic hike through blockbuster nature is waiting to be discovered.

Stand at the geographic heart of the country near Santiago, and you’ll find the tallest mountains in the Americas snaking along the horizon to your east. Out west, over another mountain range, you’ll hit the pounding surf of the Pacific Ocean.

Down south, beyond a few dozen lakes and volcanoes, you’ll reach the temperate rainforests, crackling glaciers and foggy fjords of Patagonia. Up north, past an array of verdant wine valleys, you’ll discover the desiccated salt flats, steaming geysers and soaring sand dunes of the Atacama Desert.

From multi-day circuit treks on remote islands to half-day hikes up Andean volcanoes, the hardest decision will be choosing which route to tackle.

For travelers with disabilities, local company Wheel the World has made trails up and down Chile (even complicated ones like the W Trek) accessible, thanks to specially trained guides and lightweight trekking wheelchairs.

If Chile is known for just one hike, it’s the W Trek, one of the most popular routes in all of South America. This five-day path through Torres del Paine National Park, which can be extended to eight days by completing the O Circuit, is a highlights reel of Patagonia with soaring granite spires, milky-green moraine lakes and views of the Patagonian Ice Field, the third-largest continental ice sheet outside of Antarctica and Greenland.

While this area is incredibly remote, you can actually make the trip as rustic or cushy as you’d like. That’s because in addition to a string of well-run campsites along the way, hikers can also stay at well-appointed mountain lodges (known as refugios), sleeping in a bunk and dining on three-course meals washed down with Austral craft beer.

The trail is absolutely overrun with domestic tourists at the height of summer (in January and February), so it’s best to book in the shoulder seasons on either end.

Follow in the footsteps of Butch Cassidy and the Sundance Kid, who drove their cattle over the Andes from Argentina to Chile on the Cochamó Valley Trail more than a century ago. Not much has changed since the famed American outlaws escaped to northern Patagonia, though the trail they used is fast emerging as a hub for mountain climbers, who’ve likened this valley to the “Yosemite of Chile” thanks to its imposing granite domes.

Most visitors hike in along the muddy horse trail to the outpost of La Junta and use either Camping La Junta or the comfier Refugio Cochamó as a base for several days of walks and climbs in the surrounding mountains.

How’s this for bragging rights: if you tackle the remote and little-visited Dientes Circuit, you can tell your friends back home that you’ve completed the southernmost hiking route in the world. Of course, to do so you’ll have to brave thundering winds, frigid nights and weather that can span four seasons in one day.

This challenging circuit trail begins in the tiny hamlet of Puerto Williams on Isla Navarino, which is the most austral town in South America. Because markings are minimal and the route requires experience with GPS and topographical maps, most visitors hire a trained guide.

Climbing to this Andean lookout in the Cajón del Maipo valley near Santiago makes the Chilean capital – and its 7 million residents – feel worlds away. Yet the trailhead is only about an hour beyond the city limits.

A moderate ascent up arid Andean foothills, it offers spectacular valley views, as well as a chance to try some nutty goat's cheese sold at a muleteer’s house less than a mile before the summit. The condors, which encircle the cliff at the trail’s end, are the undisputed highlight, wowing hikers with their massive 3m (10.5ft) wingspan.

Hikers serious about combating overtourism should consider the Cerro Castillo Trail as an alternative to the W Trek in Torres del Paine. Cerro Castillo became a national park in 2018, and its namesake peak is the highest in the central Patagonian Andes. It appears along the edge of the Carretera Austral (Southern Highway) like an imposing castle of rock and ice.

Several day trails (many used for horseback riding) crisscross the park, but the epic transverse trail (often called Las Horquetas Circuit) offers the most immersive experience. Over the span of four or five days, you’ll cross montane streams, picnic next to turquoise lagoons, photograph hanging glaciers and camp in Andean beach forests, all while keeping an eye out for endangered huemul deer.

Volcán Villarrica is one of the most active volcanoes in the Americas, so it may come as a surprise that climbing to the top of it to view its smoke-spewing crater and permanent magma lake is one of the most popular activities in Chile’s Lake District.

At 2847m (9340ft), the volcano’s perfectly conical peak towers above the resort town of Pucón, where several tour companies offer guided trips that include crampons and ice picks for the snow-capped summit. To speed up the journey by more than an hour, bring pesos for the chairlift.

Sunsets in Valle de la Luna, near the desert oasis of San Pedro de Atacama, are legendary, but this ethereal lunar-like landscape is just as evocative in the heat of the day. You can escape into earthen caverns, climb towering dunes or get lost amid the bizarre geological formations that pop up around every turn.

Because it’s easy to get disoriented with the myriad trials, most visitors arrive on an organized tour from San Pedro.

Upon landing on Isla Robinson Crusoe, 670km (415 miles) off the coast of Valparaíso, you have two ways to get to your hotel in San Juan Bautista. Most visitors take the one-hour boat taxi to the far side of the island, but you can instead send your luggage on the boat and hike to the island’s only town through its spectacularly bizarre interior.

Some 62% of the flora here is found nowhere else on earth, with much of the vegetation – including perky tree ferns and giant rhubarbs – as similar to New Zealand as it is to mainland Chile. On this nearly 19km (12-mile) journey, you’ll also get the chance to walk in the footsteps of Scottish privateer Alexander Selkirk, whose experience as a castaway here in the early 1700s inspired Daniel Defoe’s classic adventure novel, Robinson Crusoe. 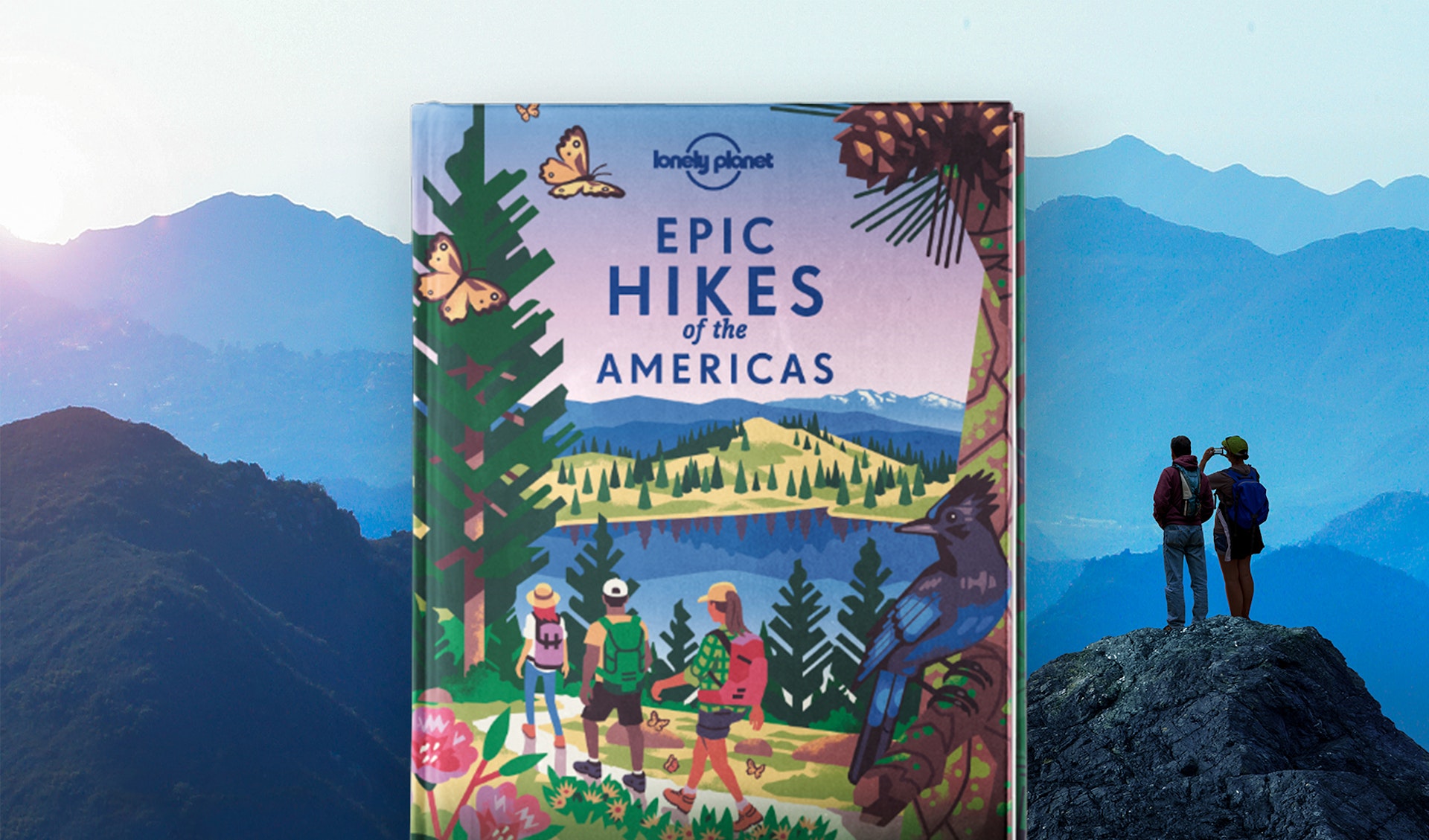 Lace up your hiking boots and get ready to explore 50 of the Americas’ most epic hikes. Ranging from one-day walks to multi-day treks, each route is graded according to its challenge and features a first-person account from a writer that has completed it, accompanied by a map, inspiring photos and practical planning details. 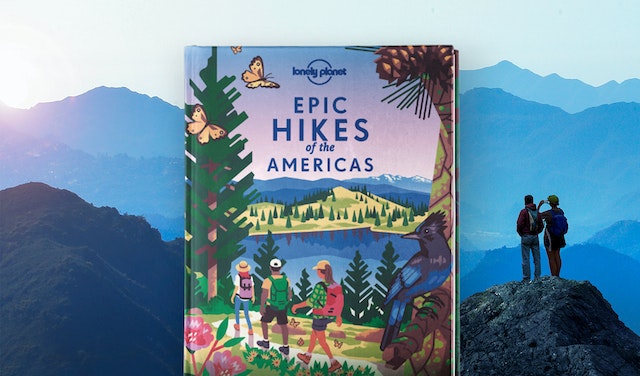 Lace up your hiking boots and get ready to explore 50 of the Americas’ most epic hikes. Ranging from one-day walks to multi-day treks, each route is graded according to its challenge and features a first-person account from a writer that has completed it, accompanied by a map, inspiring photos and practical planning details.

Buy Epic Hikes of the Americas
View all stories