A 26-mile hike from one tip of LA’s Sunset Boulevard to the other helps a long-term resident reconnect with his city’s history and uncover the changes happening in some of its most famous neighbourhoods.

This article appeared in the July issue of Lonely Planet magazine’s UK edition.

At 6.27am, I stood in the shadow of LA’s Union Station. Framed by slender Mexican fan palms and stylishly illuminated, its Spanish arches and bell tower glowed a deep blue.

‘I’m walking to the beach,’ I mentioned to a security guard nearby. My destination was 26 miles away down a single street. Sunset Boulevard.

‘Good luck with that,’ she said dismissively. I shrugged, turned toward the Terminal Annex post office across the street, where drunken laureate, Charles Bukowski, worked for 12 years and where his classic novel, Post Office, takes place, and thought about my town.

I’m a rare third-generation Angeleno, and when people ask what I love about LA, I say it’s the most open-minded city in America. That’s both a blessing and a curse. In Los Angeles you can do anything, become anyone. Industries, religions, cults and fads have been invented and re-invented here, along with countless faces, bodies, lives and careers.

Yet, it lacks cohesion. It’s a city of distinct neighbourhoods quilted together, which makes it daunting for a visitor. Our gifts are often cloaked and overlooked.

Sunset Boulevard bridges many of those barrios and operates as a portal to the city’s soul. It’s teeming with artists and immigrants, rebels and renegades, dreamers and superstars. I know because I’ve walked it before, back in March 1999, when I had a day job and fantasised of writing my way around the world. Since then I’ve enjoyed a few successes, earned some battle scars, and now that LA has hit a millennial-driven cultural renaissance, I was interested in what had changed.

I stepped past the taquerias of Olvera Street – where the scent of smouldering chillis filtered through the original Mexican settlement, Pueblo de Los Angeles, and pressed on to LA’s neighbourhood of the moment: Echo Park.

South of Sunset were the wonderful Victorian houses of Angelino Heights and enticing lotus blossoms of Echo Park Lake. On street level, tasteful small businesses stood shoulder to shoulder near the turn-off to the mid-century gem that is Dodger Stadium. Here Brooklyn’s baseball team moved in 1958, bringing UCLA star Jackie Robinson back home.

Seventeen years ago, I walked this stretch in a downpour, and had to take shelter among gangsters, grandmothers and schoolchildren, almost all of who were Latino and patronised inexpensive clothing stores and Mexican bakeries. Now there’s high-end vintage shopping, designer boutiques and chic cafés and bars for moneyed hipsters.

Unassuming Ostrich Farm is the best of the farm-to-table kitchens that make the Eastside food scene so exciting.

‘It’s a neighbourhood restaurant,’ said Brooke Fruchtman, who owns it with her husband, chef Jaime Turrey. ‘Ninety per cent of our customers are local.’

I’d dined there the night before, and my favourite dish was a magnificent take on a ceviche tostada with thin slices of spiced scallops and octopus layered with mango on poppadom. It tasted like the new Echo Park: complex and creative, with Latin tang, but the only Latinos in the building that night worked there. When I left, ‘F--- Gentrification’ was tagged on a utility box outside.

Gentrification comes in waves, often organically. Turrey, whose grandparents are from Mexico, and Fruchtman arrived in 2014 when Echo Park was already hot, and leased a building that had been vacant for two years. Before their restaurant opened, Isaac Lopez, 48, stopped by looking for a job. He’d moved to Echo Park from Oaxaca 20 years earlier, and today he still lives just a block from the restaurant.

‘Fifteen years ago there were so many gangs,’ Lopez said. ‘I’d hear gunshots every night.’

The new Echo Park is a safer place to raise his kids, and rent control means working families like his can afford to stay there. For now. But what if speculators buy those old apartment buildings and tear them down? Where will they go?

After cruising uber-hip Silverlake, and snapping a selfie in front of the Church of Scientology headquarters (apologies L Ron), I landed in a jumble of Armenian delis and bakeries, Thai noodle kitchens and sweet shops. A collage of signage overlapped in three languages. Some call East Hollywood Little Armenia, others call it Thai Town.

Armenians first came to LA in the 1950s. Yerimyan moved here as a young girl after the fall of the Soviet Union, just as the Thai community started to flourish.

‘We share the same values and have similar needs, like low-income and senior-citizen housing,’ she said of her twin constituencies. ‘It’s the most diverse district in the city, and it’s going through a facelift.’

Trouble is, in Hollywood, facelifts don’t always turn out so well. While Echo Park has evolved one small business at a time, Hollywood is becoming what Yerimyan calls ‘a mini downtown’, thanks to top-down development of massive high-rises.

Yerimyan points to a 20-floor building slated to take the place of Amoeba Music, LA’s last great record store, not far from where the Walk of Fame wanders down to Sunset from Hollywood Boulevard.

‘It will bring a new population in, but it won’t be ethnic families,’ she said.

Yerimyan, a tireless community advocate, has helped defeat other mega-projects, and continues to fight to preserve her authentic, multi-layered neighbourhood – the kind that makes most cities great. When she needs a respite, she visits St Garabed Church, just north of Sunset on Alexandria Avenue, lights a candle and asks for God’s guidance.

‘It’s more than just home,’ she said of East Hollywood, ‘it’s everything you know.’

As market forces and tastemakers gather in the east, the famed Sunset Strip, once LA’s nightlife vortex, has suffered. Some of the clubs where legends like Bob Marley, the Doors, and Guns and Roses exploded onto the American music scene are still standing, but others have closed.

Even though the Strip’s luxury hotels remain relevant and blessed with superlative views, none better than from the pool of the Andaz, contemporary nightlife trends toward the DIY, indie aesthetic of LA’s Eastside – Silverlake, Echo Park and Downtown LA – rather than the dated set-piece glamour of yesterday’s Sunset Strip.

Fantasy has been swapped for realism, and sure, LA feels smarter now, but it’s less uninhibited. The loss of Motörhead’s Lemmy Kilmister was the perfect metaphor for the Strip’s demise. Lemmy was a regular at its most storied dive, the Rainbow Bar & Grill – once a hair rocker’s playpen. Today, it’s often deserted, but Lemmy is still there, immortalised in bronze.

I paid my respects then skirted Beverly Hills, where neatly manicured gardens, immense villas and Will Rogers Memorial Park, with its elegant palms, all beg for the odd pedestrian to absorb their grace.

Meanwhile the land of no sidewalks where Sunset snakes along the base of the Bel Air hills is all about the motorcar. I marched through ivy patches, on trails blazed by domestic workers, and dodged onrushing traffic, charging 50mph around blind corners. West LA landmarks revealed themselves near and far. UCLA, the Getty Center, a gridlocked 405 freeway.

The last six miles were torture. My legs ached, my feet bled. I plugged in my headphones and kept moving.

All day I’d stepped around and over my city’s discards. Further east there were homeless people sleeping on cardboard pillows; now it was old clothes, tyre fragments, way too much plastic waste, and a dead rat.

I shut my eyes trying to smell the rain that had drenched me on a Hollywood sidewalk hours ago, and when I opened them the discarded had morphed into manicured rose gardens, stunning estates, and the green mountains of the Pacific Palisades.

When I reached the entrance to the Riviera Country Club, the first glimpse of Pacific blue flashed in the distance. It was a welcome tease, and helped inspire me when I was slipping.

With just over a mile to go, the road rose up for the last time, and the ocean spread out beyond the famed Lake Shrine.

I’d reached Paramahansa Yogananda’s planned paradise, a public meditation garden, where some of Gandhi’s ashes are buried. Yogananda was one of the first yoga masters to teach in America. He arrived in LA in 1920, penniless, and built his Self-Realization Fellowship into a benevolent empire.

In many ways his story is quintessential LA. He was a creative eccentric with a big heart and enough charisma, vision and faith to expand to the zenith. Just another supernova in a city, on a boulevard, of dreamers and doers.

I paused and took my last swig of water, smiled, then kept moving, one painful step at a time. Each one easier than the last, thanks to the broadening ocean view before me and my own forward momentum.

I arrived at the sea just as the sun was setting. A burnt orange aftershock spread across the sky. Behind me, a bustling boulevard, ever evolving and filled with possibility, wrapped around a bend and disappeared. I kicked off my shoes and dived in.

This article appeared in the July 2018 edition of Lonely Planet Magazine. 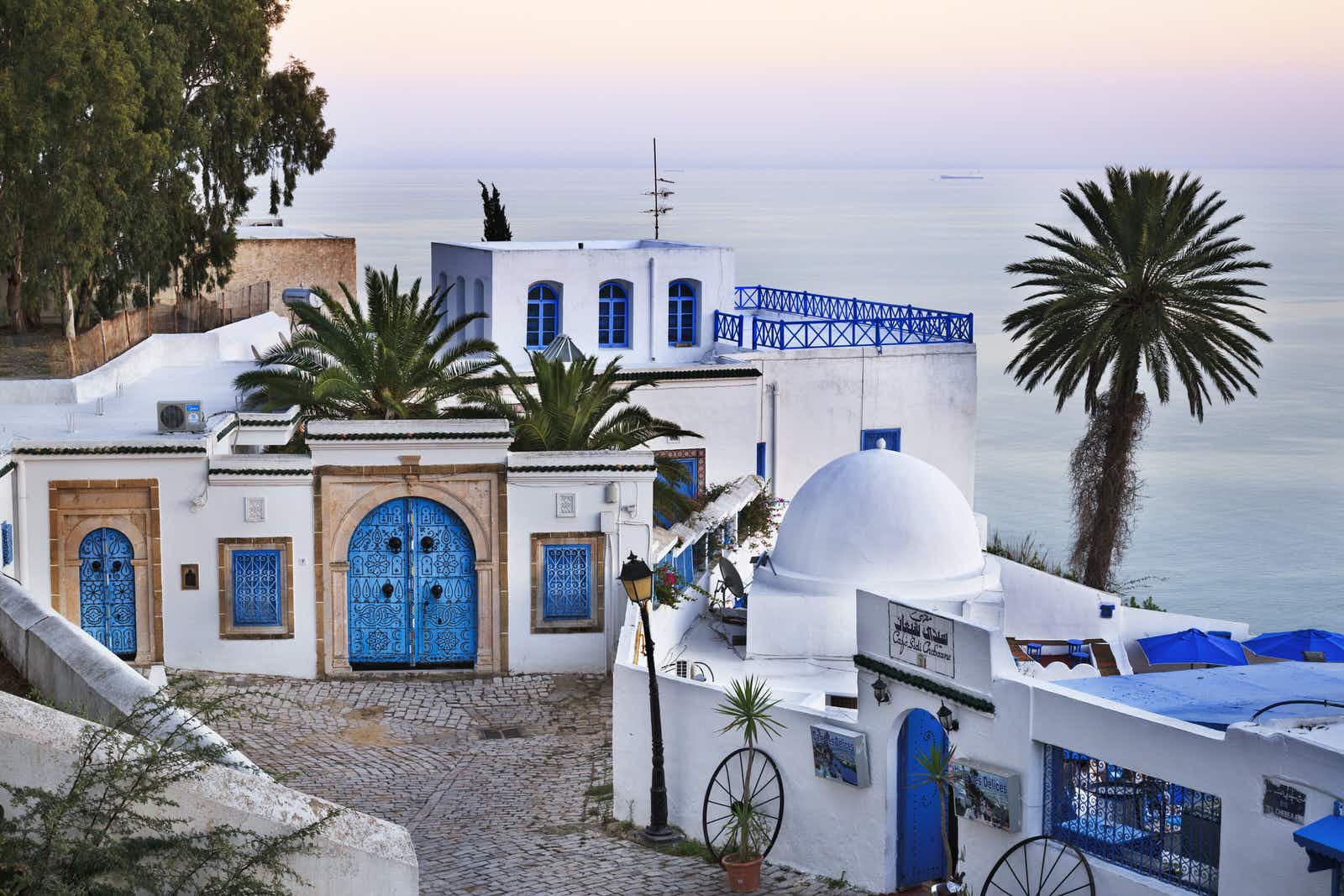 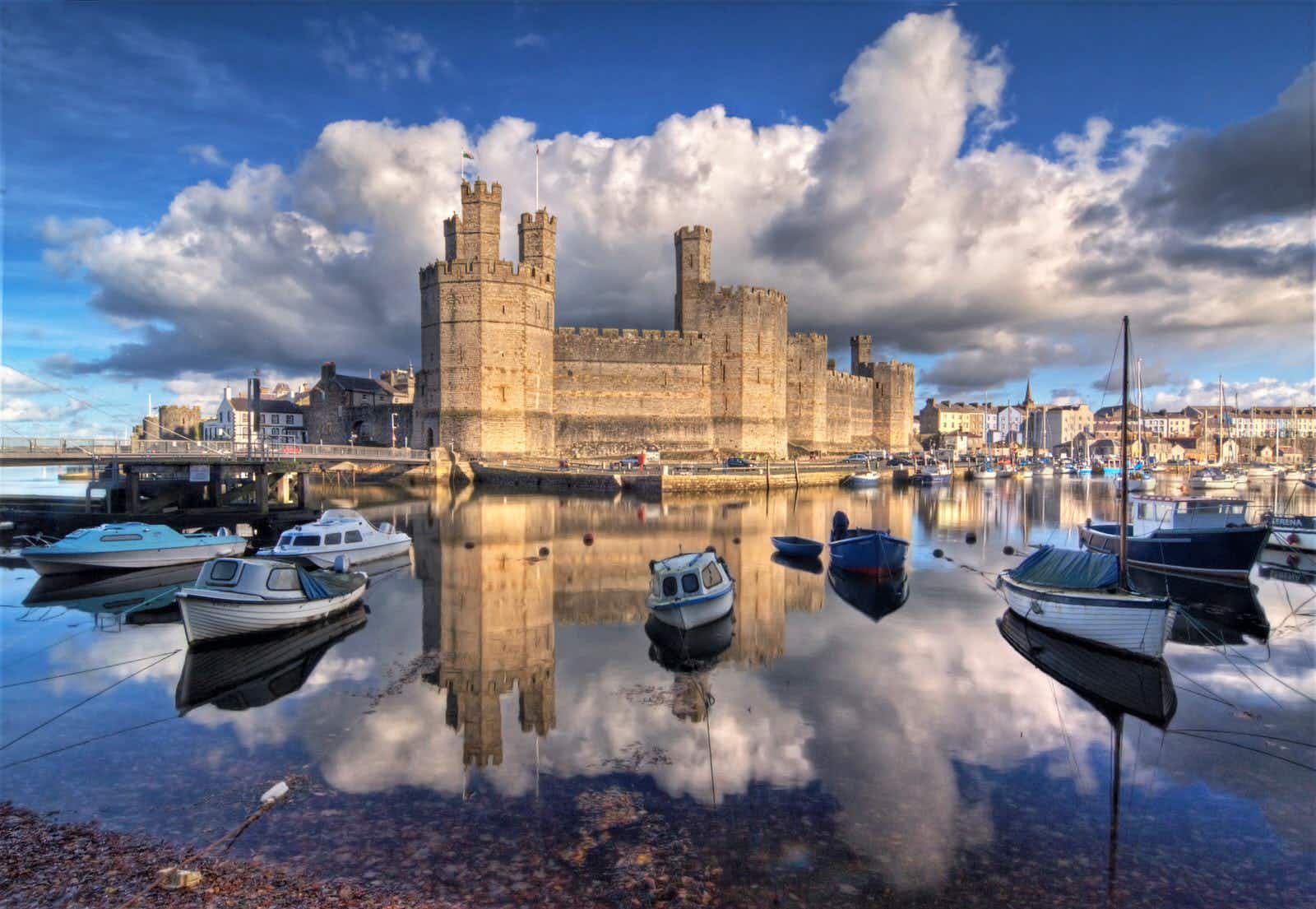