Visitors to remote northwestern China will soon be able to get bird’s-eye views of the province’s incredible scenery by taking sightseeing flights. Xinjiang province announced this week that it would allow local aviation companies to operate charter aerial flights in the far north-western province. The Xinjiang bureau of China’s Civil Aviation Administration (CAAC) said it would simplify applications for companies to be able to operate low-altitude aerial tours, including charter flights and hot air balloon rides.

Xinjiang is China’s largest province, and at 1.6 million square kilometres, is roughly the size of bordering Mongolia and is more than double the size of any country in the European Union. Xinjiang is also largely rural and unpopulated and many visitors here are attracted by its vast landscapes, which include the Taklamakan Desert and the Tian Shan and Pamir mountain ranges.

Tao Runwen, deputy general manager of Xinjiang Airport Group, told China Daily that sightseeing tours would help visitors tackle the province’s massive size: “It will help tourists save time that they would have spent on the roads and shorten the distance they have to travel.”

The bureau is expected to release new regulations in time for the summer tourist season. These would allow aviation companies to operate flights within a radius of 300 kilometres from their base airport.
Get the top travel news stories delivered straight to your inbox every weekday by signing up to our newsletter. 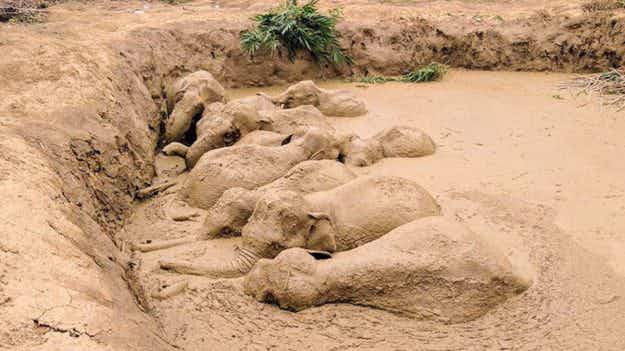 Watch adorable elephants helping each other out of a crater…

The Caribbean island of Aruba is spreading its brand of…