The 15 best things to do in Porto: art, architecture, and tasty treats

Stretching along the sinewy curves of the Douro River, Porto is a city of hilly cobblestone lanes, avant-garde museums and grand architectural monuments that date back to the Middle Ages. It’s also a fine city for culinary adventures amid northern Portugal’s finest restaurants and wine bars.

You’ll find maze-like neighborhoods that are a delight (mostly) to get lost within and vertiginous viewpoints teetering high above the terracotta rooftops. Some of Porto’s best experiences simply have no analog in Portugal (or anywhere else for that matter) – whether walking Porto’s famed cast-iron bridge above the river as the sun sets beyond the seaside, or hunting down the latest street art carved into the walls in the lanes of Miragaia.

Whether you come for a weekend or stay for a week, don’t miss these top 15 things to do in Porto.

The 76m-high (249ft) Torre dos Clérigos, designed by Italian architect Nicolau Nasoni in the 1700s, is Porto’s signature landmark. The baroque tower soars above the city rooftops and visitors can climb 225 steps to reach far-reaching city views from the top. It's not an experience for the claustrophobic – the structure definitely wasn’t built with big crowds in mind!

After making the climb, drop into the adjoining church – a baroque beauty from 1750 – or simply kick back on the manicured lawn of the adjacent Jardim das Oliveiras. The chilled open-air bar Base is also conveniently located near the tower, making it the perfect spot for a post-climb drink.

Unprepossessing on the outside but as intricate as a Fabergé egg on the inside, Porto’s Igreja de São Francisco is an indulgent feast of baroque splendor. The staggeringly intricate interior glows with gold-leaf finery and lustrous woodwork. Look out for the polychrome Tree of Jesse altarpiece and the masterful handiwork of craftsmen Filipe da Silva and António Gomes, and drop into the museum to see sacred art and portraits of long-departed bishops. The eerie yet fascinating catacombs, silent when the crowds depart, are where the great and the good of Porto were once interred.

Immerse yourself in cutting-edge art in Serralves

A hike from the heart of Porto, but well worth the detour, Serralves brings together avant-garde architecture, contemporary art, a sculpture-strewn park, and a bijou Art Deco mansion in one harmonious whole. Inside, the arrestingly minimalist design of the Museu de Arte Contemporânea was the brainchild of Pritzker Prize-winning architect Álvaro Siza, bearing his trademark clean lines, playful heights, and natural materials. Porto’s answer to the Guggenheim, it draws on an impressive permanent collection, featuring works from the late 1960s to the present in rotating exhibitions.

After taking in the art, explore Serralves’ wild side and take a stroll amid floral gardens, forested paths and open meadows. You can see cows and other barnyard animals in the southeast end of the park, or head skyward into the park’s lush canopy on a treetop walk.

Soak up the seaside atmosphere in Foz do Douro

When the sun is shining, it seems as though all of Porto descends on Foz do Douro for a bit of beach time followed by drinks at terrace cafes overlooking the ocean. On steamy summer days, you can cool off in the chilly water. At other times of the year, you can join locals on runs, bike rides or saunters along the seaside promenade, which runs for 2.5km (1.6 miles) up to Matosinhos, Porto’s biggest city beach. For a shorter walk, you can stroll out along a jetty to the 19th-century Felgueiras Lighthouse, which has dramatic views over the wave-battered shore. Bike it from Porto or hop on vintage tram 1 to arrive in old-fashioned style. For fresh-off-the-boat seafood, factor in lunch in Matosinhos, where an entire street (Rua Heróis de França) is enshrouded in the smoke from sizzling outdoor grills.

See the sights of Sé cathedral

Gazing defiantly over Porto from its hilltop perch, the fortress-like Sé evokes the city’s imperial past. This handsome cathedral wields serious historical clout as the spot where Prince Henry the Navigator was baptized in 1394 and where King John I married in 1387. Of Romanesque origins, the 12th-century cathedral was given a baroque facelift in the 18th century. A barley-twist pillar crowns the cathedral courtyard, which commands sweeping views over the sagging houses, terracotta rooftops, and crocheted alleyways of Ribeira.

Porto began its life as a sleepy fishing village on the bank of the Douro River on the site of the modern-day neighborhood of Ribeira. Today, the district buzzes with activity day and night. Although it's very tourist-centric, travelers flock to Ribeira for a reason – notably its knockout views of the river. You’ll also find back-to-back restaurants and bars, craft markets, and street performances. Just back from the river, you can visit Casa do Infante, where Prince Henry the Navigator was born in 1394. As the sponsor of many Portuguese expeditions, Henry is also honored by a statue outside the opulent Palácio da Bolsa (which is worth a gander on its own merits).

Portuguese design is epitomized by the walls of colorful tiles known as azulejos, traditionally adorned with repetitive, intricate patterns or mural scenes executed in blue and white. Some of the most impressive tile art can be found inside the São Bento train station, where stories of Portugal’s past stretch from floor to ceiling. Also check out the sides of Capela das Almas on Porto’s main commercial strip, the walls of Rua de Santa Catarina, and the handsome Igreja do Carmo, a church that drips with gold on the inside. Don’t feel limited to these popular drawcards – azulejos are scattered all over the city and discovery is part of the fun.

If you want to explore an alternative side of Porto, leave the main sights behind and hit the pavement. As you wander the backstreets and nip down alleyways, keep your eyes peeled for Porto’s ancillary population of vividly colorful murals, painted by the city’s talented street artists. Start the street art trail by seeking out some of the heavy hitters like Daniel Eime’s massive photo-realistic mural entitled Mira on the Largo de Artur Arcos, or Vhils’ powerful tribute to healthcare workers featuring his trademark carving style at the Hospital São João.

Other good places to hunt for street art is around Travessa de Cedofeita, along graffiti-emblazoned Rua da Madeira, and on Rua das Flores in Ribeira. Other top detours include Mirigaia's Rua São Pedro de Miragaia, gallery-lined Rua Miguel Bombarda and the car park at Trindade, with works by street art demigods MrDheo and Hazul Luzah.

Find the perfect spot to watch the sunset

Porto’s west coast location, at the intersection of the North Atlantic Ocean and the Douro River, makes for some epic sunsets. When the daylight starts to fade, Porto hipsters grab a beatbox and some cold beers and head to the narrow park along Passeio das Virtudes, which slips down the hillside in a series of terraces. When you see how busy this place gets, you’ll realize that Porto sunsets are serious business. The beachfront at Foz do Douro is another top spot to catch the sun's last rays, as is the Jardim do Morro in Vila Nova de Gaia.

Portugal’s famous port lodges are located in Porto’s cross-river sister city Vila Nova de Gaia. Gaia, as it’s more commonly called, is easily reached via a stroll or metro ride across the iconic Ponte de Dom Luís I, which was built by a disciple of Gustave Eiffel (of Eiffel Tower fame). Tour and taste Porto’s eponymous tipple at vintage cellars such as Ramos Pinto, Graham’s or Taylor’s, with the latter offering stellar views of the Douro River from its rooftop terrace.

You can delve deeper into the port experience at the World of Wine, a vast cultural complex that contains various museums, a wine school and a dozen restaurants and bars – plus a huge terrace with views over the Ponte Dom Luís I, the Douro and the city across the water.

Completed in 1886 by a student of Gustave Eiffel, Porto's most eye-catching bridge is a city icon. It was built to replace a precarious crossing between Porto and Vila Nova de Gaia made from old port boats lashed together – most would agree that its curving arch adds a definite something to the cityscape. From the upper deck, the views over the river and old town are stunning. Keep an eye out for daredevils who leap from the lower level into the river.

Porto’s top concert hall is the Casa da Música, which has stellar acoustics inside a futuristic Rem Koolhaas-designed polygon. You’ll find a wide mix of programming, featuring both grand symphony orchestras as well as jazz groups and the occasional rock icon (like Pussy Riot, which played here in 2022). During the summer, the terrace of the cafe transforms into an open-air stage for free live concerts and DJ sessions from Thursday through Saturday nights.

Have a Porto picnic

Porto's warm days are tailor-made for picnics. Assemble a portable feast of Portuguese cheese and northern Portugal’s refreshing vinho verde (a light wine from the Minho) and roll out a blanket at one of Porto’s many inviting green spaces. You can watch the ducks and geese on the ponds at the Parque da Cidade, Portugal’s biggest urban park, or sit beneath an olive tree and admire the view over the Douro from the elegant grounds of the ​​Jardins do Palácio de Cristal. For pure romance, time your visit for the late afternoon, and you can enjoy yet another fine spot to watch the sunset.

Join the party people in Baixa

If you’re seeking out the heart of Porto’s nightlife, head to the cobblestone lanes just west of Avenida dos Aliados. There you’ll find some of the city’s most atmospheric bars like the Casa do Livro, a former bookshop turned into a stylish drinking den, or Bonaparte Downtown, with its rustic charm. On weekends, the laneways (especially Rua Galeria de Paris) fill with revelers during an impromptu street party that rages late into the night.

This article was first published March 2020 and updated June 2022 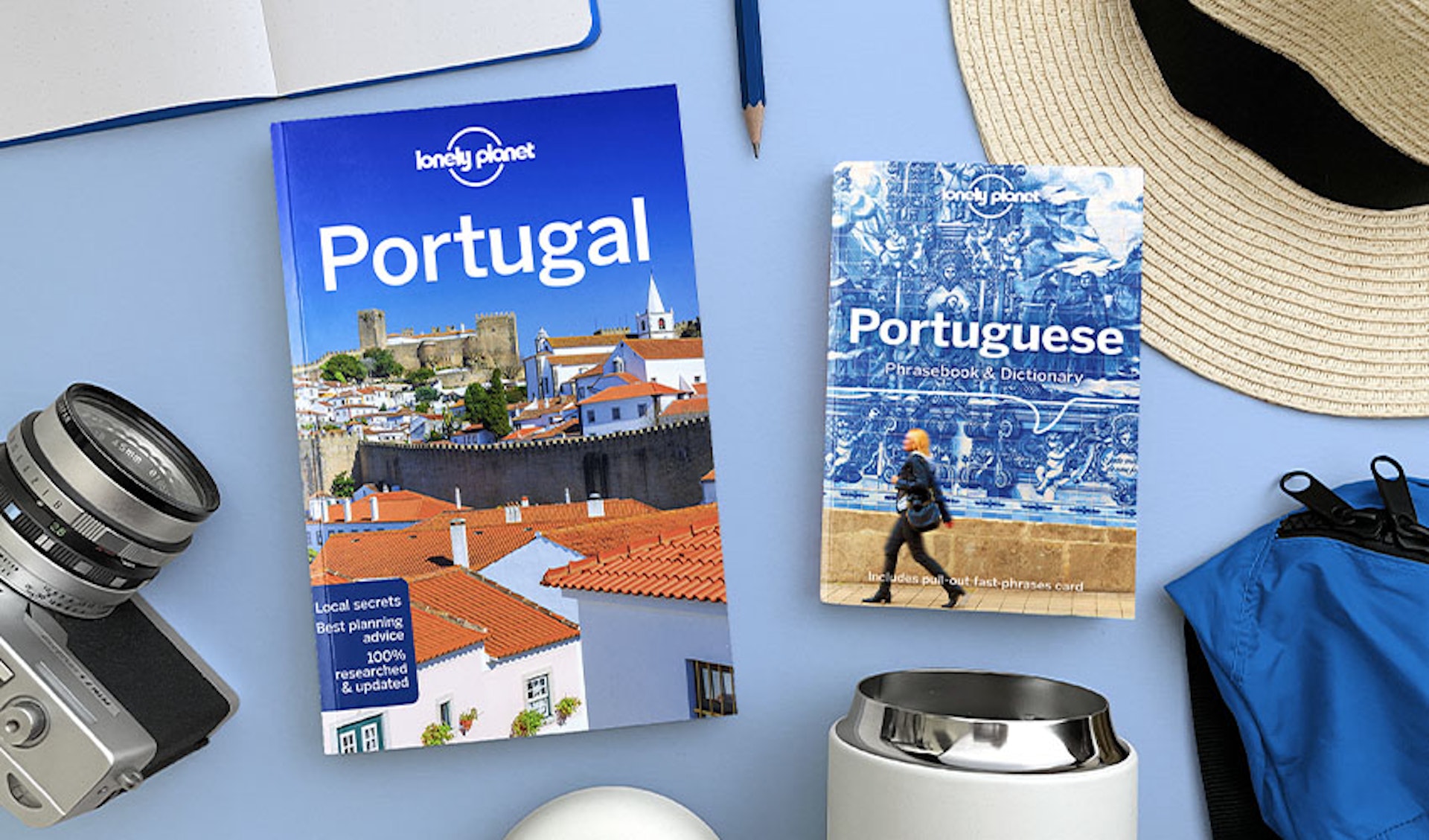 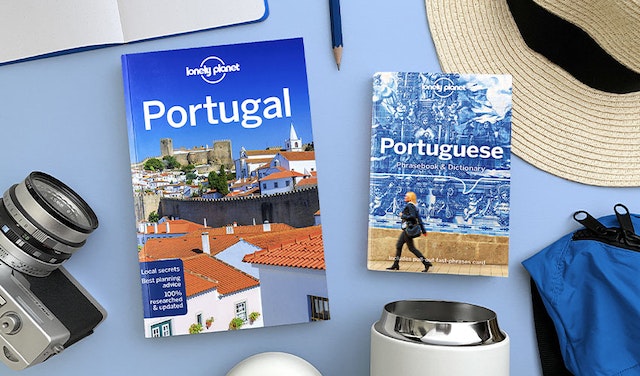