Summit for the weekend

Not all mighty mountains require you to hire a porter or reach for rope and tackle, as these craggy beauties go to prove. Don't take them too lightly, though...

Far from the glory-grabbing summits of the European Alps are the shy twin peaks of Mt Elbrus (5642m), Europe's highest mountain. Straddling the Russia–Georgia border and bulging above the Caucasus Ridge, Elbrus looks a daunting prospect. It's nearly 1000m higher than any peaks around it, and glaciers chew at its edges, yet it offers no real technical difficulties – there's even a chairlift to 3800m, where most climbs begin. A short distance above the chairlift is Camp 11; from here it's an eight-hour push to the summit. From the Azau cable-car station ride or walk to the Barrels Huts, where the climb begins. Don't take the summit for granted – in 2004 the mountain claimed 48 climbers.

Rub hiking boots with the gods as you ascend Greece's highest mountain, the legendary home of the Olympian gods. Mt Olympus still draws worshippers of a sort, as trekkers make the two-day climb to its highest peak, Mytikas (2918m). The most popular trail up the mountain begins at the tiny settlement of Prionia, 18km from Litohoro. From here it's a 2½-hour climb to Refuge A, with the summit of Mytikas about three hours further. At the summit don't forget to sign the visitors' register. It's possible to climb and descend in two days; start from Refuge A near Prionia.

Emerging from the crater floor of Java's massive Tengger crater are three volcanic peaks. The smoking tip of Gunung Bromo (2392m) is the smallest of these but it's the one all who visit come to climb. The easiest and most popular route is from Cemoro Lawang, on the crater rim, accessed from the city of Probolinggo. The route crosses the crater's Sand Sea, and within an hour you'll be on the summit of Bromo, savouring views into the steaming crater. Like mountains the world over, the favoured time to reach the summit is sunrise. Travel agencies in Solo and Yogyakarta can book minibuses (don't expect top quality!) to Bromo for around IDR100,000–150,000.

North Africa's highest mountain (4167m) is surprisingly kind on climbers. From the trailhead at the village of Imlil, a two-hour drive from Marrakesh, it's a five-hour walk into Toubkal Refuge, at around 3200m, situated immediately below the western fl ank of this High Atlas giant. From here, trekkers usually scurry up and back and return to Imlil in a day. The climb's greatest challenge is in Toubkal's famously long scree slopes; be prepared for a walking experience like quicksand. Catch a taxi from Marrakesh to Imlil; it's an easy half-day hike to the base camp. Scree jumping on the way down is awesome fun.

The flat-topped, 1086m-high mountain that gives Cape Town its visual splendour is also said to contain more than 300 walking paths. For most people, however, it's all about getting to the summit, and pronto. For this, the route through Platteklip Gorge is the most straightforward. The gentlest climb is along the Jeep Track, through the Back Table, though the gentle gradient also means that it's one of the longest approaches. The Platteklip Gorge route should take two to three hours up; but you can descend in about four minutes on the cable car if you wish. There is a well-catered (albeit expensive) cafe at the top of Table Mountain.

Britain's highest mountain has an attraction that belies its numbers. Only 1344m above sea level, its paths are pounded by hordes of walkers and climbers. For most, the ascent means following the queues up the Mountain Track but mountain connoisseurs prefer the more difficult approach across the satellite peak of Carn Mór Dearg, a climb that involves picking along a thrilling rock ridge between the two summits. And if Ben Nevis whets your mountain appetite there are another 283 Munros – Scottish peaks above 914.4m – you might want to climb. Base yourself in Fort William and buy a map. The mountain has many routes and the weather changes suddenly;
many travellers have found themselves stranded and some have died.

Moses climbed it and carried back some stone tablets, but all you'll need is a sleeping bag and some warm clothing if you want to be here for the requisite dawn vigil atop the Sinai Peninsula's signature mountain. The climb commences at Unesco World Heritage–listed St Catherine's Monastery, from where you can follow the camel trail, or sweat out your sins on the Steps of Repentance. The 2285m summit, which offers stunning views of the surrounding bare, jagged mountains and plunging valleys, is reached after around two hours along the camel trail. Ascend the path zigzagging up the mountain side and then return down the aptly named (3750) Steps of Repentance. You'll find accommodation around St Catherine's Monastery.

Welcome to the mountain sometimes said to be the most climbed in the world, and one that is certainly among the most recognisable. Rising to 3776m in the far distance of Tokyo, Mt Fuji is the highest mountain in Japan. It has an official climbing season running through July and August, although you may want to come just outside this peak season to avoid crowds that are almost as large as the mountain itself. The climb up from the traditional starting points takes around 4½ hours; aim to reach the summit in time for dawn to witness sunrise and to beat the clouds to the top. From Tokyo take the express bus from Shinjuko; the journey takes 2½ hours and drops you at Kawaguchiko 5th Station, where the climb begins.

Looming over Yosemite Valley like a stony wave, Half Dome is one of the world's most stunning pieces of rock architecture, and a major lure for hikers. The trail begins at Happy Isles in the valley, climbing more than 1000m to the bare summit – steel cables lend some assurance on the final haul along the exposed northeast shoulder. There's a flat 2-hectare expanse on top with glorious views across Yosemite, especially from the overhanging northwest point. The climb can be made in one mammoth day, or you can camp on the northeast shoulder. If you're a novice, be prepared; take a torch and extra water as rangers will only escort climbers who are seriously injured.

This article was updated in Jan 2012. 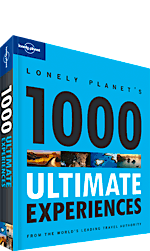 This article is an extract from Lonely Planet's 1000 Ultimate Experiences. 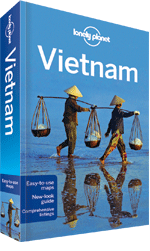 A thrillseeker’s guide to Vietnam 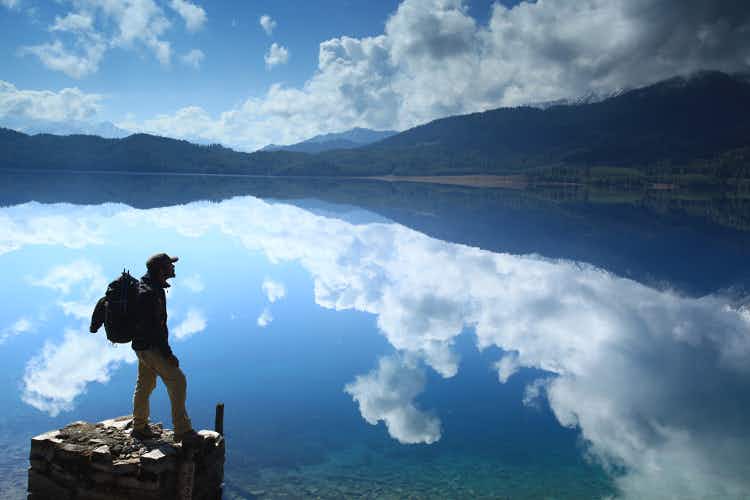