The reinvention of Oakland

Although it’s nicknamed ‘Brooklyn by the Bay,’ Oakland is an incomparable California original – diverse, cultured and always inventive. Too often overshadowed by San Francisco, Oakland has recently become a hotspot all on its own, with artists, chefs, fashion designers and DIY entrepreneurs making walking the streets here a daily experiment in the unexpected. Ready to escape SF’s chilly fog? Cross the bridge and explore our favorite spots to eat, drink, shop and play in Oaktown.

A sunny afternoon in Uptown Oakland. Image by Greg Linhares / City of Oakland

As the tech invasion of San Francisco continues, some of the Bay Area’s creative, cutting-edge types have emigrated to join Oakland’s arts scene. The center of all the action and the best place to begin your urban exploration is Uptown, where vibrant contemporary art spills onto the streets on the first Friday of every month. Uptown’s main artery, Telegraph Avenue, fills with food trucks, artisan vendors and live bands, while nearby galleries like Vessel vessel-gallery.com host social Art Murmur events. Don’t miss seeing the Great Wall of Oakland greatwallofoakland.org, a giant 10,000-sq-ft video projection on the side of an Uptown building, showing off new works by local artists and consciousness-raising community programming. Try your own hand at making art by signing up for a class at Rock, Scissors, Paper Collective rpscollective.org.

The first Friday of each month sees Oakland's creative residents take to the streets. Image by Greg Linhares / City of Oakland

Get acquainted with the new Oakland by eating your way through the city’s hip and revitalized neighborhoods. Start your strolling in Uptown, an incubator for adventurous restaurants, gastropubs and cafes. Sample regional Spanish-inspired tapas at Duende www.duendeoakland.com, or seasonal, modern Californian fare at Flora www.floraoakland.com inside the gorgeous art-deco Oakland Floral Depot building. Detour to West Oakland to try chef Tanya Holland’s ‘new soul’ cooking with a Deep South spin at Brown Sugar Kitchen brownsugarkitchen.com.

In North Oakland’s trendsetting Temescal neighborhood, superstar Bakesale Betty’s sees lines snaking out the door and down the block for its fried-chicken sandwiches and strawberry shortcake. Wood oven-fired pies and seasonal antipasti at Pizzaiolo www.pizzaiolooakland.com are equally worth the wait. Decorated with nostalgic chalkboards and library card-catalog drawers, Homeroom dishes up over a dozen kinds of macaroni ‘n’ cheese, including a ‘Mexican Mac’ spiked with chorizo, chipotle pepper and lime.

Down by the scenic shores of Lake Merritt every Saturday, the Grand Lake Farmers Market www.agriculturalinstitute.org/grand-lake-oakland brings together cheese makers, mushroom hunters, apple growers and dozens of other local food producers. Food trucks roll up offering famished shoppers everything from dim sum and pumpkin tamales to gourmet popsicles. Amble up Lakeshore Avenue for a warm slice of veggie pizza on a sourdough crust from the original worker-owned cooperative bakery Arizmendi.

Still hungry? There’s a lot more to try all over town: the market halls of Old Oakland, Emeryville and Rockridge; Piedmont neighborhood gems like Michelin-starred Commis restaurant and old-fashioned Fentons Creamery www.fentonscreamery.com; Mexican taquerías in the Fruitvale district; and the pan-Asian kitchens of Chinatown, where you can peek inside on a Savor Oakland www.savoroaklandfoodtours.com food-centric walking tour.

No taste better represents the new Oakland than Blue Bottle Coffee Company. Hidden among the produce market warehouses near Jack London Square, this nationally revered coffee roaster is obsessed with crafting the perfect cup. Visit on a Saturday afternoon for coffee tasting and insights into the single-origin beans and the roasting and brewing processes.

This being Northern California, Oakland is equally serious about its beer. Let your mind be boggled by hundreds of different bottled craft beers, plus 50 brews on tap, at Beer Revolution pub, near Jack London Square. Dart over to the Embarcadero for Linden Street Brewery, a brick-walled tasting room where a flight of locally made beer – swig the Hop Candi and Burning Oak Black Lager – costs just a buck per taste.

When it comes to cocktails, Oakland has as much of a storied history as San Francisco. After all, this is where the world’s most beloved tropical cocktail, the mai tai, was invented. Order yours with a little paper umbrella at North Oakland’s Kona Club tiki bar. For fashionable hand-crafted spirits, make a beeline to the buzzing cocktail bars of Uptown. Peruse creative libations on the ever-changing menus at Dogwood bardogwood.com or at busy Make Westing, which built its own bocce ball court.

After dark in Uptown, Oakland’s glittering restored art deco theaters light up with landmark neon signs. The Fox Theater stages indie music concerts, while the Paramount Theatre, home to the city’s symphony and ballet, screens classic movies and serenades movie-goers with a historic Wurlitzer organ. Over at the reincarnated New Parkway Theater, sprawl on a comfy sofa and drink beer while you watch second-run flicks and cult movies, or meet locals at trivia, bingo, open-mic and ‘nerd’ nights.

The beautiful Fox Theater is a great venue for concerts. Image by Josh Sanseri / Visit Oakland

Here’s something Oakland still shares with San Francisco: a devotion to the DIY aesthetic. ‘Made in Oakland’ isn’t just a motto, it’s a lifestyle choice. In the burgeoning Uptown district, no boutique better shows off the city’s eclectic style than OwlNWood www.owlnwood.com, which carries both local designers and vintage pieces from the ‘70s, ‘80s and ‘90s. Downtown, the street-art-inspired original designs printed on tees, hoodies and hats by Oaklandish oaklandish.com are proof of local pride. North Oakland’s Temescal neighborhood is the place to hunt for fashion-forward apparel, ‘upcycled’ furnishings, hand-made jewelry and so much more, especially along Temescal Alleys www.temescalalleys.com. Closer to Berkeley, Rockridge has the city’s most eclectic mix of shops – antiques, books and records, interior design, whimsical gifts and a trove of boutiques, including vintage-happy Pretty Penny prettypennyclothing.com.

The Temescal Alleys neighborhood is a favorite for locals when it comes to shopping, eating and drinking. Image by Greg Linhares / City of Oakland

There is a there there

Gertrude Stein lamented the loss of her childhood home in Oakland with the famous words ‘there is no there there,’ but Oakland has plenty of deep historical roots that are still evident today just by looking up at its buildings. Between May and October, take a free, city-sponsored walking tour of restored Victorians in Old Oakland, Uptown’s art-deco landmarks or the city’s historic Chinatown. See the local government website for details.

Year-round, dig deeper into multicultural local history at the Oakland Museum of California. Show up at this museum near Lake Merritt on Friday nights, when admission is half-price and food trucks, a beer garden, DJs, live bands, dance lessons and art workshops energize the crowds. Another stirring story about how Oakland became what it is today is told at Downtown’s African American Library and Museum www.oaklandlibrary.org/locations/african-american-museum-library-oakland.

Don’t want to spend your time stuck indoors? For an entirely new perspective on Oakland and the entire San Francisco Bay, sign up for a stand-up paddle boarding lesson with California Canoe & Kayak www.calkayak.com, an outdoor outfitter based on the waterfront by Jack London Square. Then brave a trip on the new Bay Bridge Trail, the walking and cycling path that climbs onto the newly opened East Span of the San Francisco-Oakland Bay Bridge – never mind the vertigo. 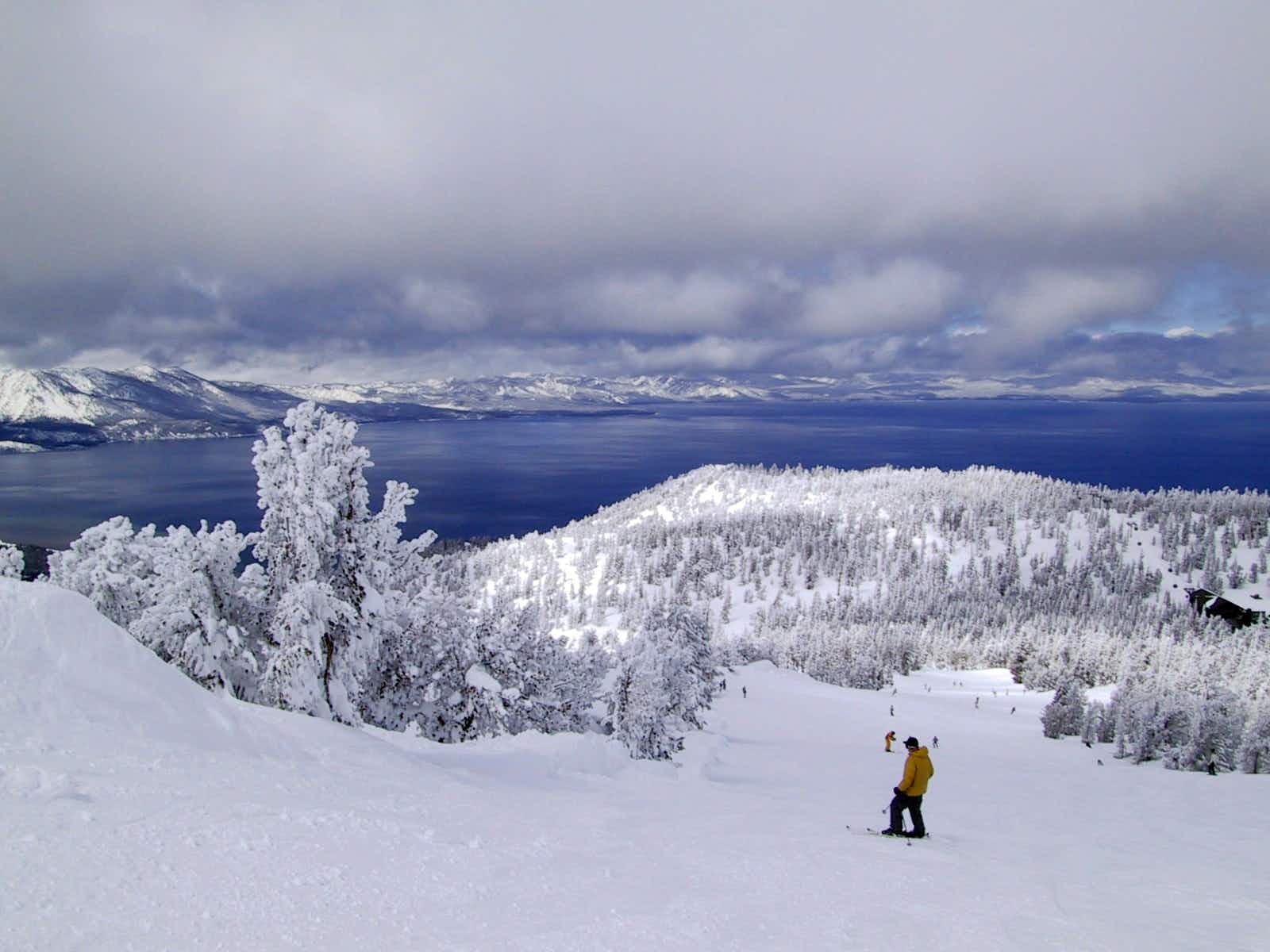 Where to hit the slopes in California 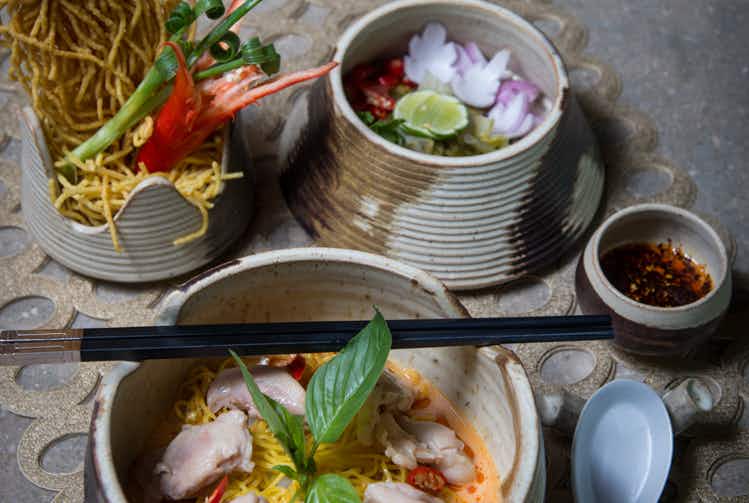 Beyond the plastic tables: top spots in Phuket for a…