Restorations, Rembrandt and revolutions: the best of Amsterdam in 2019

From the ultimate Rembrandt exhibition to ground-breaking vegan restaurants, with sustainable sightseeing and limited-edition craft beers thrown in for good measure, 2019 is shaping up to be a fantastic year to visit Amsterdam.

To make sure you don’t miss a trick, here are our pick of the best one-off events, innovative experiences, emerging trends, new openings and insider tips that will set the city alight. Book now to avoid disappointment.

In 2019, it will be 350 years since the death of one of the Netherlands’ most renowned artists, Rembrandt Harmenszoon van Rijn. To honour this landmark, cultural institutions across the country will be going all out with a national celebration entitled ‘Rembrandt and the Golden Age’.

A collection of his most iconic works is already on show at the grand Rijksmuseum, but for the first time in history, the museum will display its complete collection of Rembrandts in a single exhibition. This unmissable Golden Age collection will include 22 paintings, 60 drawings and 300 of the best examples of his 1300 prints — a must-visit for art lovers. Buy tickets online to avoid queuing at the ticket office.

For more rare and never-before-seen paintings by the Dutch master, head to Museum het Rembrandthuis, where various exhibitions will bring to life the works on display. ‘Rembrandt’s Social Network’ is the pick of the bunch; it runs until 19 May 2019 and is dedicated to the artist’s family, friends and acquaintances, and the role they played in his artistic endeavours.

Restoration of a masterpiece

From July onwards, visitors to the Rijksmuseum will also have the unique opportunity to witness the public restoration of The Night Watch, arguably Rembrandt’s most revered work. The painting’s last restoration took place more than 40 years ago, but this time the whopping 3.6m x 4.4m artwork will remain on display throughout the restoration process thanks to a state-of-the-art glass case.

The best thing about Amsterdam’s street art scene is the ever-changing selection of work just waiting to be discovered. In 2018, a mural of a hybrid fish-dog by Keith Haring was uncovered almost 30 years after it was completed and it can now be seen at Jan van Galenstraat 4 in the west of the city.

A two-and-a-half hour Street Art and Alternative Amsterdam Walking Tour covers best of the rest, including the latest sprays and several of Amsterdam’s subcultures. With increased gentrification in much of the city centre, some of the finest street art is found further afield. The Amsterdam Street Art Murals Walking/Subway Tour takes travellers off the beaten track to some of the city’s most spectacular murals, mainly by Brazilian artists, in the Zuidoost neighbourhood.

Go a little deeper on a walking tour

There are endless walking tours available in the Dutch capital, but only a number help travellers better connect with the city’s people and their stories. Who is Amsterdam is the perfect all-rounder, regaling the stories of Amsterdammers as you traverse the city centre. From a Dutch family to a coffee shop owner, the tour offers up close and personal insights into city life.

Amsterdam Noord continues to cement itself as one of the city’s coolest up-and-coming areas and there is always something new to discover. Alongside institutions such as Plekk and Café de Ceuvel, exciting concept restaurants and alternative bars seem to pop up monthly.

The eagerly awaited Noord-Zuid metro line opened in summer 2018, connecting Noord with the rest of the city south of the IJ river. Head to the streets around Gedempt Hamerkanaal, which already revels in the out of the ordinary. Practice flip tricks at Skatecafe, tuck into some modern Mexican eats at Coba Taqueria or catch an indie movie at the boutique cinema FC Hyena. Take the 52 metro line to Amsterdam, Noorderpark; from there it’s a 10-minute walk to Gedempt Hamerkanaal.

The Amsterdam craft beer scene is thriving, with microbreweries dotted throughout the city. Most offer seasonal beers, but head to Oedipus Brewery & Tap Room in Amsterdam Noord to try four recurring seasonal beers such as their light session IPA País Tropical and the malty chocolate Madeleine. It is also planning one-off collaborations with guest brewers for 2019.

If you don’t want to miss out on the best local tipples, a craft beer tour will take you to some of the best drinking spots in the city. The Brews and Tales tour allows you to sample some of Amsterdam’s favourite craft beers and find out the story of the people behind the beers, too.

The Prix de Rome is the most prestigious Dutch award for visual artists under 40 and architects under 35. It aims to encourage and enhance the visibility of emerging artists and, for the first time ever, works by the shortlisted artists will be displayed at the Stedelijk Museum. Expect contemporary pieces by little-known creatives who might just be the next big thing. The exhibition will go on display from October 2019 to March 2020.

A 15-minute metro ride from the city centre, the little-visited Zuidoost neighbourhood began as a modernist housing project designed in the 1960s, but today has reshaped itself as a creative multicultural neighbourhood, which continues to make its mark.

The initial revolutionary plans promised to create a utopia for residents, but in reality the buildings and infrastructure made for a far-from-ideal living environment and this part of the city was often considered a no-go area for many Amsterdammers.

Fast forward 50 years and you’ll find some of the best street art murals in the city. Projects such as the Heesterveld Creative Community combine art galleries with the biggest selection of world cuisine in the city. Don’t miss World of Food — a former parking garage turned street food hub. Stalls serve everything from hearty jollof (a Ghanaian rice dish) to Surinamese pastries.

A trend that doesn’t look like it will be going away anytime soon, vegan eateries are making their mark on the Amsterdam food scene. From comforting plant-based junk food to exquisite vegan cheeses, there’s something to suit every palate with meals that can be enjoyed by vegans and non-vegans alike.

The popular and rapidly expanding Vegan Junk Food Bar now has four locations across the city and continues to diversify its plant-based menu. Much to the delight of vegans with an affinity for Japanese cuisine, they recently launched their very own vegan sashimi, which tastes very much like the real deal.

The Dutch capital continues to stand at the forefront of sustainable living — after all, there aren’t many capital cities where you’ll see more bikes than cars. Beyond two-wheeled transportation, Amsterdam has added a host of ways to add a sustainable focus to your trip.

The ribbon has just been cut for Fashion for Good, the world's first sustainable fashion museum, while Instock turns rescued food into meals, helping to reduce waste. For sightseeing with a difference, cruise along the canals whilst fishing for litter with Plastic Whale. Not only will you be helping clean up the city, there’s even a prize for the most original object pulled from the canals. 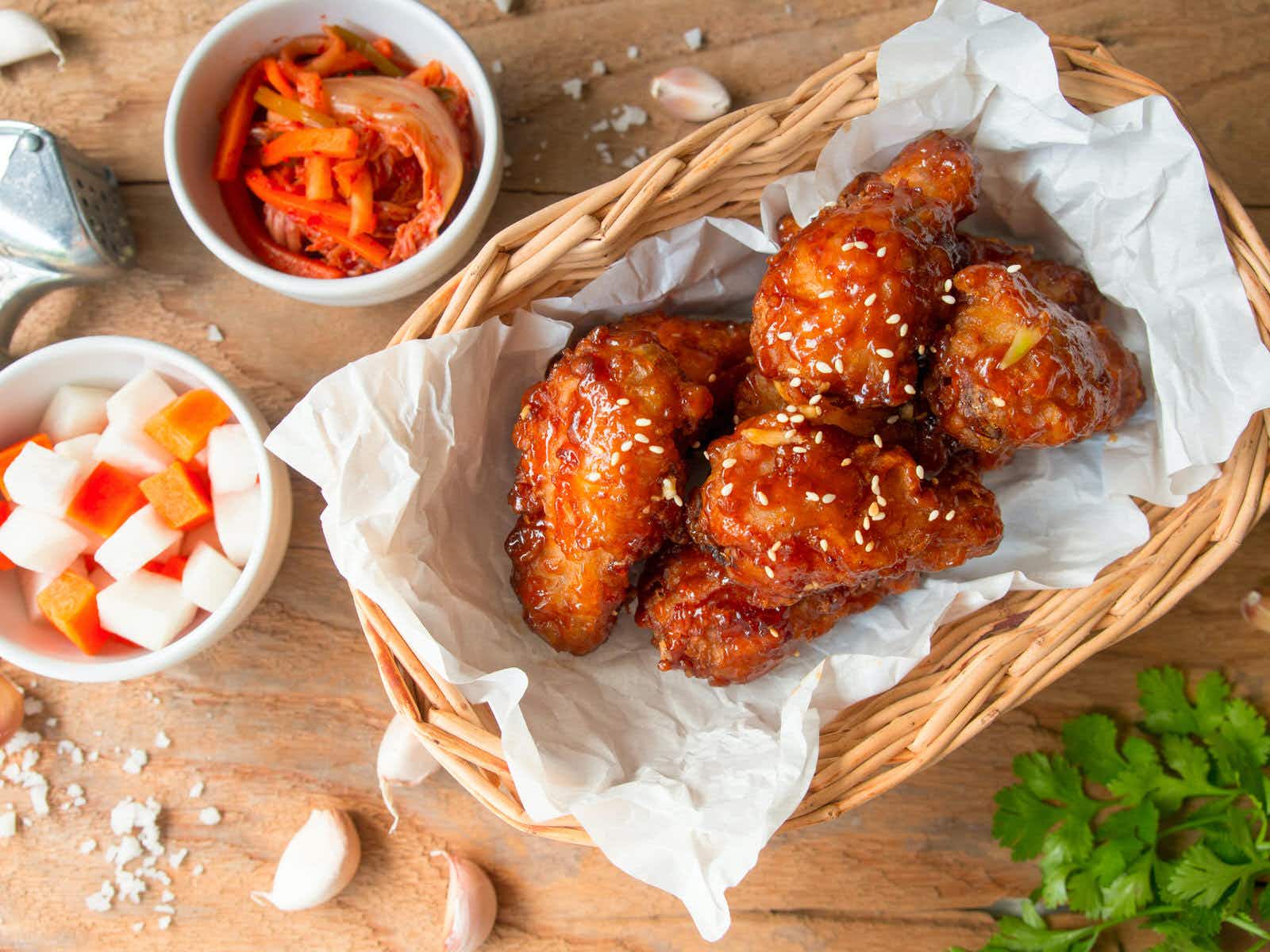 KFC: a guide to eating Korean fried chicken in Seoul… 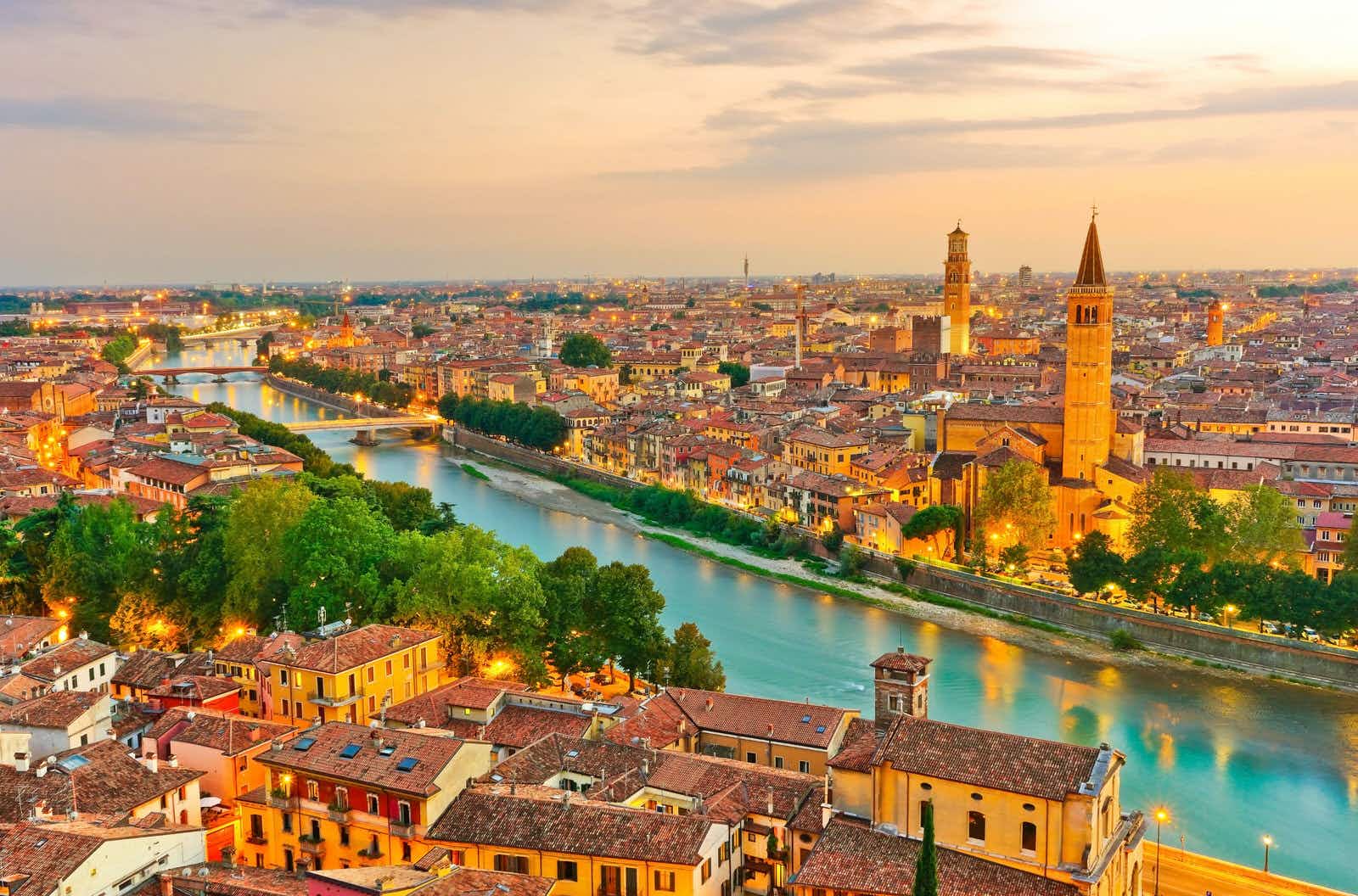