Often overlooked yet beloved by all who’ve set foot in its piñon-clad arid mountains, New Mexico encompasses all that makes the Southwest USA so magical. It is blazing neon sunsets and dusty summer afternoons, monsoon rains and otherworldly white sands. And it is comida gloriosa comida: pulled pork tamales, blue corn chicken enchiladas covered in melted cheddar, rich red chile-stewed pork and green chile on everything.

New Mexico has one of the most vibrant and unique food cultures in the United States, though it is often misunderstood.

The first thing to know is that New Mexico has a unique culinary culture all its own. Many visitors sit down at restaurants in New Mexico expecting what they know to be Mexican, Tex-Mex or California fresh-Mex food, and are surprised and delighted to discover the differences.

These are crowned by the state's famed chile sauces (note the spelling, which is enshrined in the state constitution). New Mexico is the only state in the union to have an official question: ‘Red or green?’, referring to the colors of the two sauces liberally smothered over and infused into every New Mexican dish (it is even put on burgers and pizzas!).

Read on for our guide to New Mexico’s best foods and where to eat them.

The story of New Mexican cuisine is in many ways the story of the southwest, and indeed the story of early America. A combination of foods was brought by 16th century Spanish explorers (when the area was a territory of the Spanish crown called New Spain) who had travelled up through what is now Mexico. Many dishes do sound familiar: enchiladas, burritos and tacos all feature, but with a twist. Over the years, Spanish cooking combined with indigenous foods and the ingredients used by people from the 19 local Native American Pueblo tribes – a beautiful, spicy and delicious fusion.

New Mexico’s foodie drawcards are its two chile sauces, made from capsicum peppers native to the state, which you'll see hung from buildings and doorways in long strings called ristras. The New Mexico chile has a long and mixed history: Native American Pueblo tribes used local species of peppers and were later influenced by European cultivation techniques brought by the Spanish. The modern version of the chiles we eat today were bred and introduced in 1894 by local horticulturalist Fabián Garcia. Over the centuries, chile peppers have become central to New Mexican cooking, and are made into two types of sauces: a red sauce created using ground-down ripened and dried peppers, and a green sauce created from roasted, unripened, fresh chile pods.

A number of varieties and cultivars of pepper are grown each year, with some of the most famous being green chile from the areas of southwestern New Mexico around the town of Hatch. In the fall, you can't mistake the smell of the freshly harvested unripe green chiles being fired in huge roadside roasters all over the state. And when ordering in a restaurant, you will certainly be asked the state question, ‘Red or green?’. Choose one, or opt for both and order your dish Christmas.

You’d be hard-pressed to come up with a more popular New Mexican dish. Corn tortillas layered with chicken, cheese and green chile are stacked (not rolled like in Tex-Mex cooking) and baked. At home, this dish is also made as a casserole by layering the ingredients into a baking pan like lasagne.

Try it at: Duran Central Pharmacy, a hidden restaurant in the back of a historic downtown Albuquerque pharmacy.

You may see this name on some fry-breads in other parts of Latin America, but New Mexican sopapillas are distinct. Rectangular, fluffy crispy dough fried in oil, sopapillas accompany every New Mexican meal and can either be used to mop up leftover chile, or more popularly, drizzled in honey and eaten, hot and crispy, as a dessert.

Try it at: El Patio de Albuquerque, named for its sun-soaked front terrace, the perfect place to scarf some honey-drizzled sopas. Just beware of bees.

A dish whose name and style refer directly to its Spanish descendant: carne adovada is indeed marinated pork. The New Mexican twist is in the marinade: rich red chile. The pork is stewed in chile until falling apart, then served with warm, buttered flour tortillas.

Try it at: Rancho de Chimayó – the village of Chimayó is famous for its red chile, and this family-run restaurant does some of the best carne adovada in the state.

Maybe you've had a burrito before, but there's nothing like a New Mexican burrito. Here, the biggest, fluffiest flour tortilla you've ever seen is taken, goodies are wrapped inside (options include shredded beef, carne adovada, shredded chicken, plain pinto beans or a mix), lay the beast down on an oven-safe plate, cover in cheese, chile and more cheese, then bake. This ain't no handheld burrito, bro.

Boiled maize shouldn’t be tasty, but when cooked for hours with pork shoulder, red chile and garlic, it becomes a kind of corn-like porky stew that’s impossible to resist. Posole is traditionally eaten with tamales on New Mexican Christmas tables.

Try it at: El Paragua – an old, family-run place in the town of Española.

Green chiles are stuffed with shredded cheddar, then battered and deep-fried and served with (surprise) more chile sauce, beans and rice.

Try it at: Pepper Pot – no better place to sample green chile than in Hatch, the region most famed for growing it.

Corn has been cultivated in New Mexico for centuries and was the staple ingredient used by Native American Pueblo cooks. In addition to yellow and white, more colorful varieties of corn including red and blue, are used to make tortillas. Blue corn tortilla chips, usually served with salsa and fresh guacamole, are a common starter on many restaurant tables in New Mexico.

Try it at: La Choza – go for the unusual ‘blue corn burritos’ at this Santa Fe institution, whose blooming patio backs onto the city’s renovated Railyard District.

Slow-cooked, garlicky shredded pork is encased in corn dough and steamed in a corn husk, then smothered in red chile sauce and downed so quickly you barely get the husk open. Tamales are popular in a lot of places, but the red chile gives them a true New Mexico kick.

Try it at: El Pinto – family-run maze of a restaurant in the village of Corrales near Albuquerque.

Their name comes from the Spanish word bizcocho (pastry or sponge cake), but biscochitos are wholly New Mexican. Lard or butter cookies sprinkled with cinnamon sugar and livened up with a secret ingredient: anise seed. This is New Mexico’s traditional Christmas cookie.

Try it at: Biscochitos are widely available around Christmas, otherwise head to Piñon Coffee House where you can pair your treat with biscochito-flavoured latte, or at least opt for some New Mexico-flag foam art on your coffee.

Yep. Take a burger. Put gobs of melted cheese on it, then load it up with green chile for a greasy, spicy treat that doubles as an epic hangover cure. So popular, there is literally a ‘green chile cheeseburger trail’ so you can clog up your arteries trying all of the best ones.

Try it at: Blake’s Lotaburger – if you only have room for one burger in you, make it a Lotaburger. This New Mexico fast-food chain first opened in 1952 and there are branches all over the state, most maintaining a ‘50s diner feel. The Lotaburger, served on a toasted white-bread bun, is deliciously un-fancy, loaded with melty cheese and green chile, and served in a paper wrapper. The seasoned fries are epic, too, and you can get a chocolate shake to balance off the chile burn. 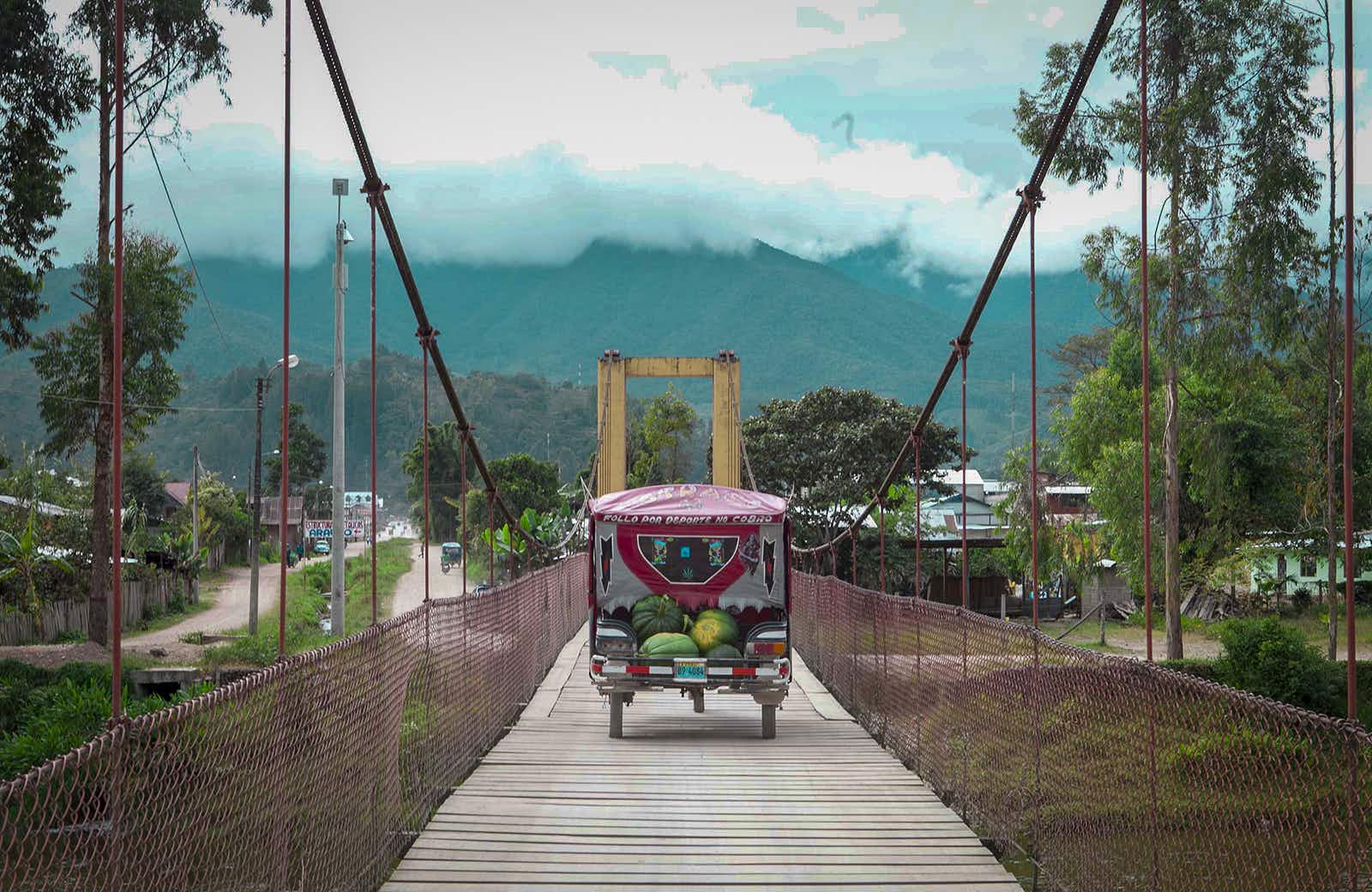 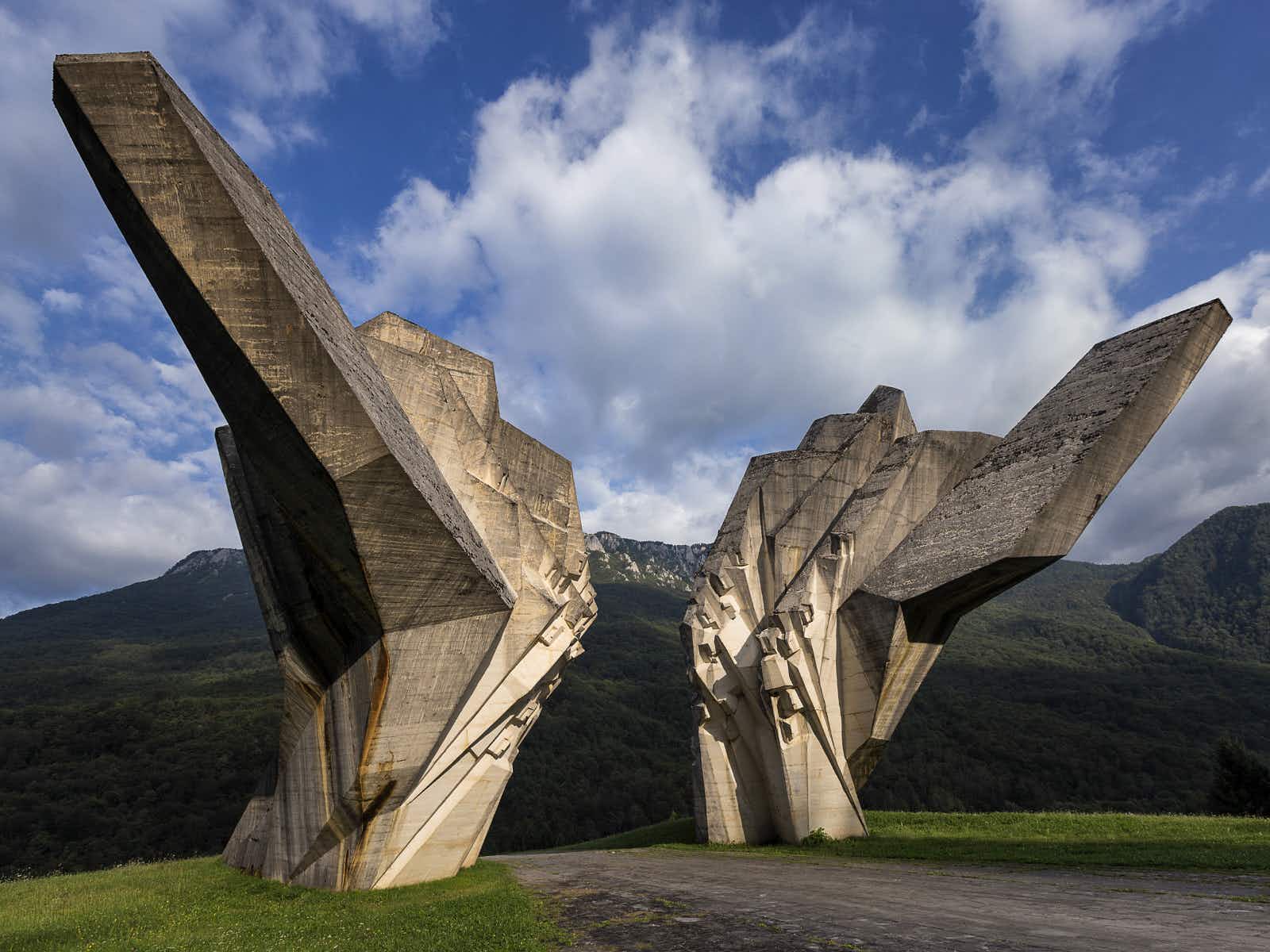 The power of art: epic Yugoslav monuments in the Balkans…