Porto on a plate: a perfect day in Portugal's food capital

When it comes to talent in the kitchen, Porto knows few rivals in Portugal. With the Atlantic on its doorstep, the Douro vineyards rolling east and the Trás-os-Montes producing smoked meats in its fumeiros and tangy cheeses - the city cherry picks the finest regional produce.

So loosen the belt and prepare to scoff and slurp your way around our favourite spots in Porto: this is one perfect day for food lovers.

Jump-start your morning with a cimbalino (espresso) at Café Christina (Rua de Sá da Bandeira 401), which has been brewing some of Porto's finest coffee since 1804. Just across the way is the Mercado do Bolhão, Porto's glorious 19th-century wrought-iron covered market, where vendors do a brisk trade in fruit, veg, olives, cheese, bread, smoked meats and sausages made with every bit of the pig except the oink. The market is also sprinkled with inexpensive stalls where you can nibble on still-warm pastries, sardines or fish fresh and flaky from the Atlantic, and sip on some vinho (wine). The market is at its lively best on Friday and Saturday mornings.

While you're in this neck of town, mosey over to the old-school grocery stores along Rua Sá da Bandeira. At number 347, Casa Ramos is piled to the rafters with beans, bacalhau (dried salt cod) and alheira sausages by the kilo, while a couple of doors down at number 343, Casa Chinesa stocks everything from tinned fish to nuts, grains, piri-piri chilli peppers and broa de Avintes (dense corn and rye flatbread).

Sausages hanging in the Mercado do Bolhão. Image by Kerry Christiani / Lonely Planet

Porto is the home of the francesinha, a gut-busting monster of an open sandwich made with linguiça (garlicky smoked pork sausage), roast meat and ham, topped with cheese and a fried egg and drenched in rich beer sauce. One of the best is served with a smile at no-frills Cafe Santiago. Another two-hands-required lunchtime treat is the 'Terylene', slow-cooked, marinated pork in a bun, nicely paired with a glass of Tinto Bruto (a sparkling red wine) at Flor dos Congregados. Tucked away down a narrow alley, this family-run tavern is riddled with stone-walled, wood-beamed nooks.

If fish is more your bag, hop on the little wooden boat at Cais do Ouro (near Ponte da Arrábida) to cross the Douro River. It brings you to the village of Afurada, a refreshing blast of old-fashioned Portugal, with fishermen selling off the day's catch, which is freshly grilled and served with a glass of crisp vinho verde (a semi-sparkling white wine) at Taberna São Pedro.

Port-making has been the bread and butter of Porto for centuries. Image by Luis Pedrosa / E+ / Getty

To find out what puts the 'port' in Porto, cross the Ponte Dom Luís I to Vila Nova de Gaia. The neighbourhood wings you back to the 17th-century beginnings of port production, when British merchants created a new after-dinner snifter by adding a dash of brandy to fermenting wine. Their grand lodges march uphill from the river and open their doors for tours of barrel-lined cellars and tastings. Get versed in port wine at the contemporary Espaço Porto Cruz, with exhibitions and tastings (€5 for three ports) in a restored 18th-century riverside building. Head up to the roof terrace for cracking views of the historic centre on the opposite side of the river.

Vila Nova da Gaia is crammed with port lodges, making picking just one tricky. Our money goes on the venerable Taylor’s, which has been decanting some of the finest ports since 1692. A €5 guided tour of its impressive cellars - note the eye-popping 100,000L vat of late bottled vintage - includes a tasting of three ports (an extra dry white, a late bottled vintage and a 10-year tawny) in the library room.

The colourful tasting room at Taylor's, which has been making port since the 17th century. Image by Anders Blomqvist / Lonely Planet Images / Getty

Should you prefer wine to port, make a beeline instead for the ViniPortugal, housed in the splendid neoclassical Palácio da Bolsa, where a €2 enocard is your ticket to tasting two to four wines from 12 chosen from different Portuguese regions. A more intimate choice is Prova, a terrific wine-bar-tasting room, where the passion of the owner, Diogo Amado, is infectious. He's knowledgeable about his subject and will talk you through the subtle nuances of regional wines.

In need of a shot of caffeine after that little lot? The art nouveau Café Majestic rewinds to a more glamorous age, with its opulently gilded, mirrored interior and dapper waiters. The revamped 1920s Leitaria da Quinta do Paço is a cafe-patisserie bringing a dash of Paris to Porto. The feather-light, cream-filled éclairs are a thing of beauty, in flavours from classic lemon to blue cheese, apple and fennel, and chocolate with port wine.

A wander through the alley-woven heart of Porto’s Ribeira neighbourhood works up an appetite. Before dinner, go for an aperitif and petiscos (tapas) at the Wine Quay Bar, affording dress-circle views of the river and Ponte Dom Luís I loping over to Vila Nova de Gaia where the port lodges light up one by one. Or hang out with a chilled crowd in the boho-cool Café Candelabro, a born-again bookstore serving drinks.

Head to alley-woven Ribeira for a wander before dinner. Image by MadrugadaVerde / iStock / Getty

Porto has raised the culinary bar of late. To find out why, snag a table at super-stylish DOP, where Rui Paula heads up the kitchen and the eight-course tasting menu sings of the seasons. For more of a bistro vibe, try casual, buzzy Cantinho do Avillez, for winningly fresh Portuguese numbers like Alentejo black pork with French fries, coriander and garlic.

Or for rustic romance, take a taxi north of town to O Paparico (opaparico.com), where dishes like veal with wild mushrooms and monkfish rice are cooked to a T and served by candlelight. From its five-star hilltop perch, The Yeatman pairs innovative cooking with twinkling city views. Wave-lashed Foz do Douro out west has two culinary aces up its sleeve: Michelin-starred Pedro Lemos and the Boa Nova Tea House, alluringly set above the crashing Atlantic, which cooks up outstanding seafood.

For a lingering taste of Porto, nip into the Central Conserveira da Invicta (Rua do Bonjardim 136) for retro-wrapped cans of tinned fish. Port wine is sold everywhere and most places can arrange shipping. Amble down lovely Rua das Flores for an old-world cocoa fix at Chocolateria Ecuador, selling beautifully packaged Portuguese chocolate, truffles (including dark ones laced with port wine) and pralines. Arcádia (arcadia.pt) looks back on a long chocolate-making tradition, too. Stop by for gift-wrapped pralines, chocolates with Calém port and almond liqueur dragées.

If you’d rather be led than wander, consider hooking onto a superb half-day Taste Porto Food Tour where you can get an appetising insight into Porto's burgeoning food scene with a spin of the city's tascas, grocery stores, cafes and wine bars. Foodlandia: the perfect weekend in Portland for foodies 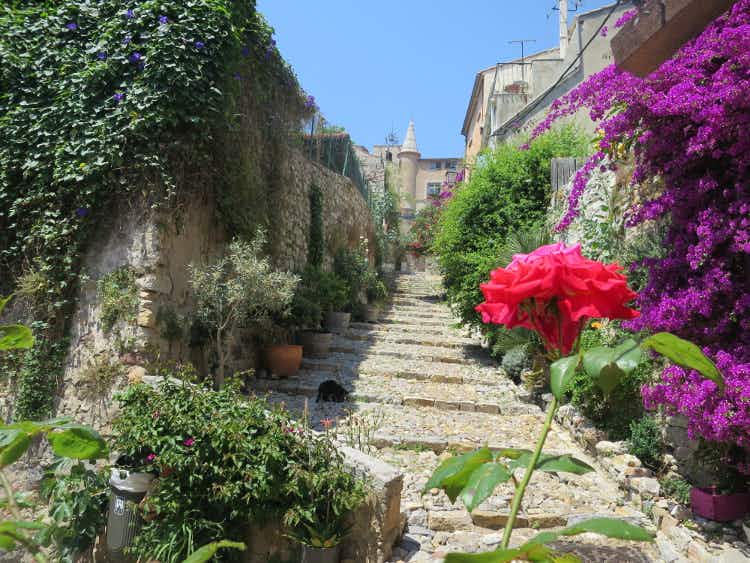 A weekend in Hyères: the original French Riviera