Places that pop: 10 of Europe's most colourful destinations

Got a bad case of the travel blues? Join us on a rainbow ride through some of Europe’s most luminous locales.

These vibrant villages, technicolour towns and dazzling districts – all splashed in jazzy jelly-bean hues – will have you tickled pink in no time.

When it comes to Italian eye candy, nowhere beats the effulgent island of Burano. A swift gondola ride away from the elegant decay of Venice, Burano practically pops out of the lagoon with its collection of colourful buildings, all of which were awarded their hues by a strict government decree.

Island dwellers first began painting their homes in bright colours so fishermen could see them in foggy conditions; today, their luminosity lures photographers, artists and anyone looking for a literal sight for sore eyes.

While you’re there: Hop a ferry to Murano, where artisans have been producing exquisite glasswares for over 700 years. The tradition began in the 13th century when fears of fire saw glassmakers leave the mostly wooden buildings of Venice in favour of then-sparsely populated Murano. Gawk at the island’s glorious glass at Museo del Vetro, or find a souvenir at the studio of glassmaster Cesare Toffolo.

Steel yourself for a swoon: Zalipie is arguably the most adorable village in Europe… if not the world. Everything here – barns, bridges, exteriors, interiors, chicken coops and rubbish bins – has been plastered in floral folk art, an endearing custom that dates back more than a century.

Legend has it that the practice began with women painting flowers on cottage walls to cover up soot marks from wood burning stoves. And the tradition lives on: the village gets an annual spruce-up during the hotly contested Malowana Chata (Painted Cottage) competition.

While you’re there: Not had your fill of Polish folk art? Visit Kraków’s Galerie d’Art Naïf, home to the best works of Poland’s most celebrated – and some as yet unsung – folk painters, sculptors and découpage artists. If you’re there in August, explore the Fair of Folk Art (Targi Sztuki Ludowej) held in the city’s main square.

Costa Nova’s candy-striped beach houses were once more pongy than pretty. Built in the 19th century to accommodate an influx of fishermen, the shelters were used for sardine salting and stashing fishing equipment. Known as palheiros, the whiffy warehouses were decorated with bright red exterior planks.

As the population grew and beach-bound visitors increased, palheiros gradually lost their fish-centric functionality, with owners transforming them into accommodations. Today’s cottages are a riot of rainbow and bone-white stripes that attract gawkers from around the globe.

While you’re there: For more artistic architecture, take a 35-minute bus ride to Aveiro; the city is officially classified as a cidade-museu da Arte Nova (Art Nouveau city-museum) for its wealth of wonderful buildings including Casa Major Pessoa – home to the Museu de Arte Nova and the hip Casa de Chá café – and Casa da Cooperativa Agrícola, abloom with hand-painted floral tiles dating to 1913.

This Slovakian village is the world’s first folk architecture reserve, and even a fleeting glimpse of these incredible, almost-edible cottages is enough to tell you why. Akin to the fabled confectionery house from Hansel and Gretel (sans cannibalistic witch), Čičmany’s 136 black timber homes pop with seemingly sugar-dusted decoration.

About 200 years ago, the women of Čičmany used white lime to adorn the cottages with simple patterns in an attempt to protect the timber from the sun’s rays. After a fire in 1921, locals took restorations to the next level, covering the cottages from roof to root cellar with intricate designs resembling the traditional lace and folk embroidery that adorn Slovakia’s national costume.

While you’re there: 110km east of Čičmany, Unesco World Heritage Centre Vlkolínec is home to a clutch of pastel-coloured log cottages, an 18th century wooden belfry and whimsical wooden sculptures depicting local life and lore. What you won’t find are mod-cons: Vlkolínec is Slovakia’s only inhabited village that has remained entirely untouched by 21st (or even 20th!) century development.

Out of the blue, Juzcar's tourism has soared... © cineuno / Getty Images

Looking to paint the town red? Move along: Júzcar is emphatically blue, and it’s just how the locals like it. Formerly one of the pueblos blancos (white villages) of Andalucia, Júzcar was slathered in 4000 litres of bright blue paint in 2011 to promote the global release of the Smurfs 3D movie.

The company behind the marketing ploy offered to repaint the village after the premiere, but residents voted to keep the hue: pre-paint job, Júzcar averaged 300 tourists a year. After? 80,000!

While you’re there: Head 30km north to Ronda, arguably Andalucia’s most stunning settlement. Founded in the 9th century BC, Ronda teeters 100 metres above the steep El Tajo gorge; three dizzying stone bridges – the most recent of which was completed in 1793 – span the ravine.

Carpathian Mountains. The very name conjures up images of vampires, werewolves and bewitched forests. But in the historic Bucovina region, Ciocănești busts every spooky cliché: after all, what could be less terrifying than an entire village painted like Easter eggs?

Ornate egg decoration has been a tradition here for centuries, but it wasn’t until the 1950s that residents started painting the same elaborate designs on their homes. The embellishments proved so popular with locals and visitors that in 2004, local authorities decreed that the exterior of every newly-built or refurbished home be decorated with folk motifs.

While you’re there: Bucovina’s monasteries are Byzantine masterpieces. Built in the 15th and 16th centuries, they are painted inside and out with colourful frescoes that have largely – miraculously? – stood the test of time. Arty addendum: Voroneţ Monastery is the only place in the world where the intense shade of (aptly named) Voronet Blue can be found.

Located on the only permanently populated island of the Svalbard archipelago, the world’s northernmost settlement may be in darkness for four months a year, but its rows of multicoloured homes – in place thanks to Longyearbyen’s official building code – keep the gloom at bay.

The town’s laws are as colourful as its buildings: anyone leaving the settlement limits must carry a gun (there are over 3000 polar bears in the region), you have to take off your shoes before entering public buildings (to avoid tracking black ice inside) and dying here has been forbidden since 1950 (it’s too cold for corpses to decompose)!

While you’re there: Longyearbyen is four kilometres from the Svalbard Global Seed Vault – aka ‘The doomsday vault’ – home to almost a million packets of seeds from around the world. While only scientists and maintenance workers are allowed to enter the building, the Svalbard Science Destination group runs fascinating tours from the outside.

Winding cobblestone lanes, flower-filled window boxes and magical-forest backdrops… the villages of Bavaria are fairy-tale fantasy lands made real. And perhaps the most enchanting of them all is Oberammergau, an ancient artists’ hamlet where the baroque buildings don’t just have a storybook feel: they are storybooks.

The village’s fanciful frescoes – called Lüftlmalerei – depict scenes from classics including Hansel and Gretel, Little Red Riding Hood and Cinderella. Oberammergau also has plenty of detailed religious murals, no surprise for a village that has famously hosted the Passion Play – a five-hour play depicting the last days of Jesus – since 1634.

While you’re there: In love with Lüftlmalerei? Make tracks to Mittenwald, a 35km drive south from Oberammergau, where magnificent murals dating from the 18th century embellish churches, museums and a plethora of private homes.

Ireland may be the Emerald Isle, but Kinsale in County Cork sure makes up for the rest of the rainbow, with lane upon lane of quaint Tudor cottages ablaze in vivid colours. Originally a medieval fishing port, Kinsale was a trading and military hub for centuries; after its fortunes fell in the 1900s, residents banded together to give it the motley makeover that today lures thousands of visitors a year.

The bayside beauty is also a favourite with foodies, thanks to a glut of top-notch restaurants and the Kinsale Gourmet Festival, held every October. Feast your eyes and your mouth? Kinsale’s got the craic!

While you’re there: Kinsale marks the start/end point of the Wild Atlantic Way, a 2500km route that runs through nine counties and three provinces to the Inishowen Peninsula in County Donegal. The trail takes in 2500-plus activities and 1000 attractions including castles, beaches, islands and ancestral homes.

If Banksy was born 500 years ago... © Craig Pershouse / Getty Images

Melbourne, Berlin and Brooklyn are famous for their modern street art, but if you want to go old-school, Stein am Rhein in northern Switzerland is where it’s at. The village’s Rathausplatz (Town Hall Square) is framed by dozens of ancient buildings plastered in murals depicting themes from wine to warfare.

Originally commissioned in the 1500s by landlords looking to pretty-up the place – and engage in a bit of ornate one-upmanship – today the frescoes come with a heavy dose of civic duty: every building’s owner must commit to keeping their facade’s artworks in a pristine state.

While you’re there: Lakeside Lucerne, an easy day trip to the south, is also home to a jaw-dropping jumble of beautified buildings. More recent than those in Stein am Rhein, Lucerne’s murals are nevertheless up there in the fairy-tale-fabulous stakes, with illustrations of whimsical characters, including the legendary Swiss master of apple archery, William Tell. 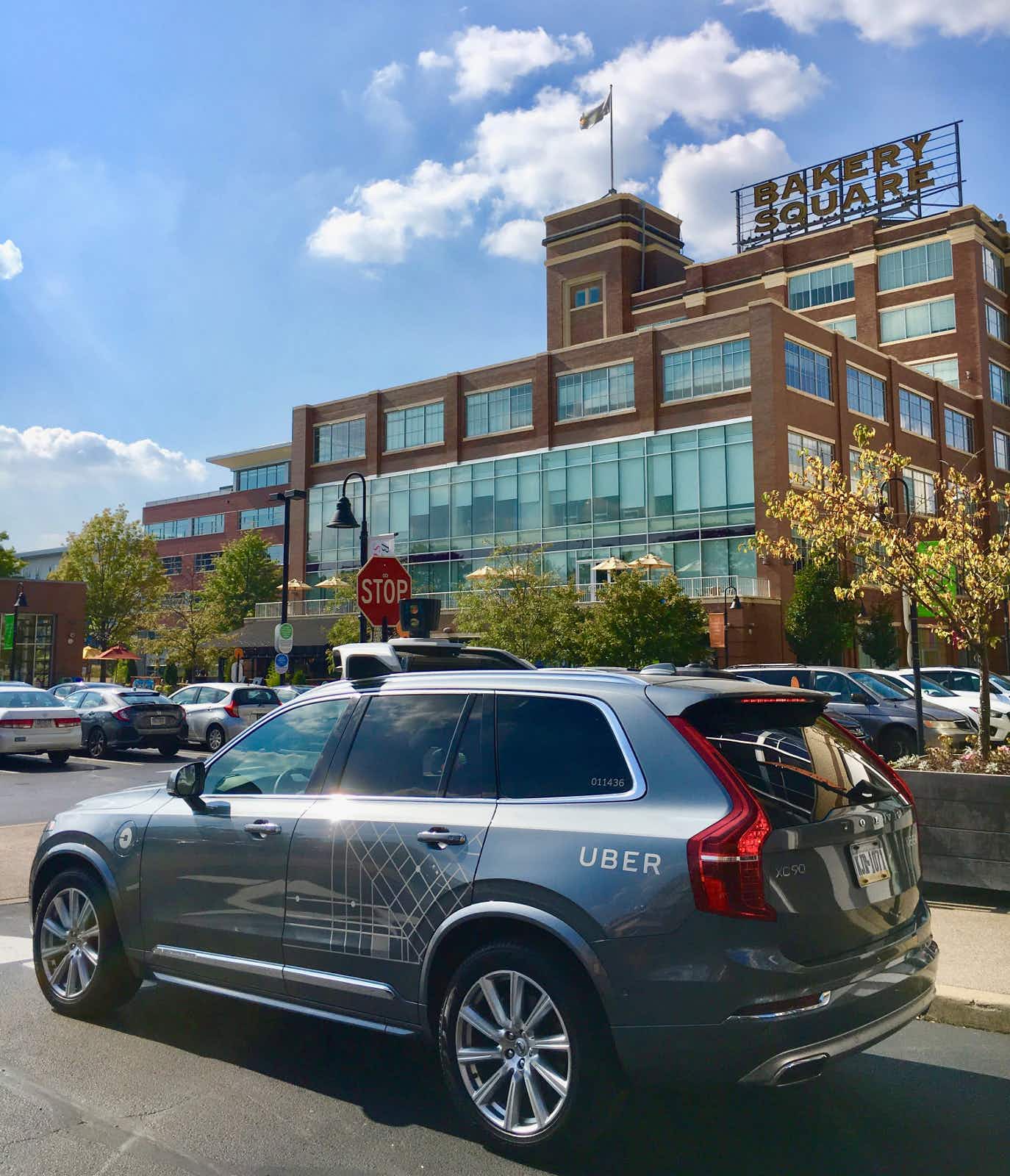 Hot ‘hoods in the US: 10 neighborhoods you need to… 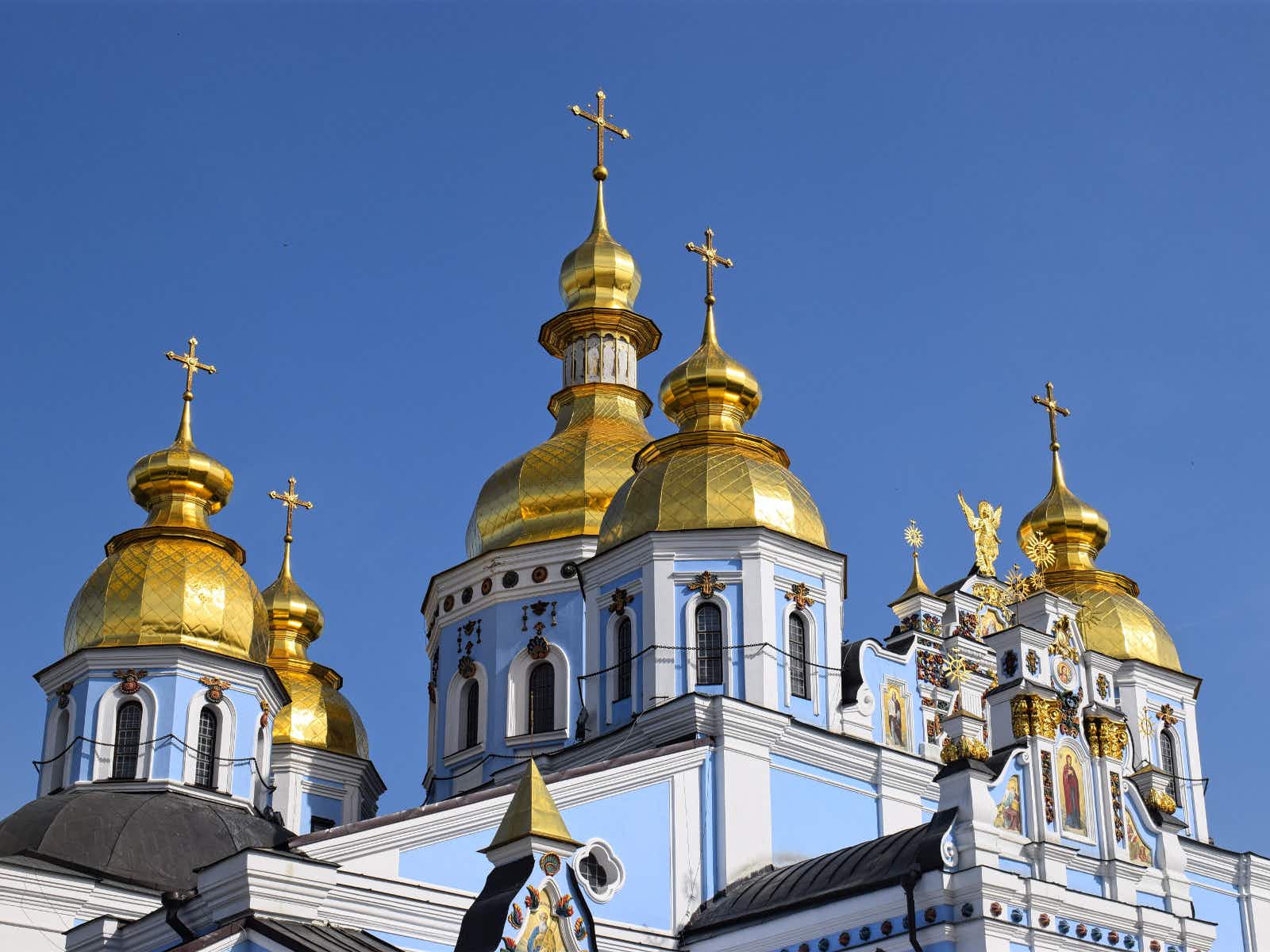 Beyond the golden domes: a guide to Kyiv’s neighbourhoods