Natural spoils: why Kiribati is a nature lover's paradise

With its far-flung location in the middle of the Pacific Ocean, its vast spread (33 islands scattered over 3.5 million square kilometres of ocean), and a lack of people (around 100,000 inhabitants in total), it’s little wonder the Republic of Kiribati is popular with intrepid nature lovers.

Whether you're into fishing, bird-watching, diving or surfing, this remote destination is worth the trek while there are still people living here to welcome you.

First come for the fishing

One prime reason travellers head to Kiritimati (Christmas Island) in the Republic of Kiribati is for the fishing – marlin, sailfish, wahoo, barracuda and huge schools of tuna are found here. But the real gem: miles of pristine saltwater flats perfect for wading and fly-fishing for bonefish, milkfish, triggerfish and a number of trevally including the elusive giant trevally. GT, as they are affectionately known, are on the bucket list of most dedicated fly-fishermen. This exotic species hunts on the flats for prey and is known for its speed, weight (upwards of 40kgs) and ferocity.

Giant trevally are difficult to hook and even more difficult to land. They frequently snap both lines and rods. Fishing for one is a truly awe inspiring experience that will give you a heightened respect for this bully of the saltwater flats (catching a 20kg baby, in relative terms, GT was one of this fisherman’s proudest moments).

Fishing tours are run from a number of self-contained lodges that provide board, boats and guides. These local guides are proud of their island's rich and diverse marine life and conservation is as important as the catch. Tuna caught off the island invariably end up as a feast of fresh sushi that same night in the lodge, all fish within the reef are returned to swim another day.

You can't help but become a bird watcher

As you might expect for a nation of islands in the middle of a vast expanse of ocean, Kiribati is home to a thriving bird population. Here you can spot seabirds, obviously, with frigatebirds, boobies, shearwaters, petrels and gulls – they’re hard to miss. But bird lovers may be surprised by the land-based birds found in Kiribati. The islands have around 15 percent regenerated forest cover today which is home to the Kuhl's lorikeet, Pacific long-tailed cuckoo, and the endemic Christmas Island warbler.  For those not inclined to twitching, the many species of birdsong is probably best enjoyed in a hammock with a cold drink.

Then there's the diving

Scuba is a relatively new addition to Kiribati – but growing in popularity as the islands realise the potential – but divers can see over 200 species of coral that host a diverse range of marine animals here including colourful reef fish, sharks, manta rays, spinner dolphins and turtles. The main dive shops and tours operate from Christmas Island and much of it is done from shore or outrigger canoes. Further afield Tarawa atoll offers WWII-wreck diving with its reminders of the American and Japanese battle for the Pacific.

Most dive operations are run from the fishing lodges – Villages, Captain Cook and Ikari House fishing lodges all offer dive trips with guides, well-equipped boats and gear hire for experienced and novice divers.

Plus surfing and kite-surfing

You won’t find big concentrations of surfers competing for waves in Kiribati. Like with all the other activities on the island you are going to be among a hardy few. The wave calendar is similar to Hawaii – peak times are October to April. The prime surfing location is from the Kiritimati (Christmas Island) capital London to the town of the abandoned village of Paris (yes, you read that right). There are 24 surfable waves along this five kilometre stretch. The logistics of getting equipment to the islands – and remoteness of the locations once there – means you’re best advised to book surfing through an operator like Christmas Island Surf (christmasislandsurf.com) with plenty of local knowledge.

Outside the surf season, kite-surfing runs all year round. These islands are famed for their consistent, although slightly wearing, off-shore winds.

Did someone say beaches?

With an average height above sea level of just 2 metres, Kiribati has plenty of beaches. Add in the very basic infrastructure – many of the outlying islands have no plumbing, electricity or toilets – visitors are blessed with vast stretches of truly un-busy coastline.

In fact on our recent visit we saw no one else for a whole day on a trip to the eastern coastline of Christmas Island. The population here is so sparse we passed only one other car on a one-hour drive from London. In an increasingly crowded world, where constant communication has become the norm, it’s refreshing to find a destination where you actually can really escape.

The largest individual atoll in this island group, Kiritimati (Christmas Island), is a mere 5000 kilometres from any other country! The largest coral atoll in the world, it is the centre of much of Kiribati’s tourism. It’s is accessible by weekly flights from Nadi in Fiji and Honolulu in Hawaii.

If you’re really wanting to go for the adventure of a lifetime it’s a seven- to eight-day boat trip, again from Honolulu, with Sailing Vessel Kwai (svkwai.com). Kiribati offers a variety of hotels and resorts, mainly on Kiritimati (Christmas Island), but don't expect five-star digs and pina coladas waitered to your sun-lounge – accommodation here can only be described as rustic. 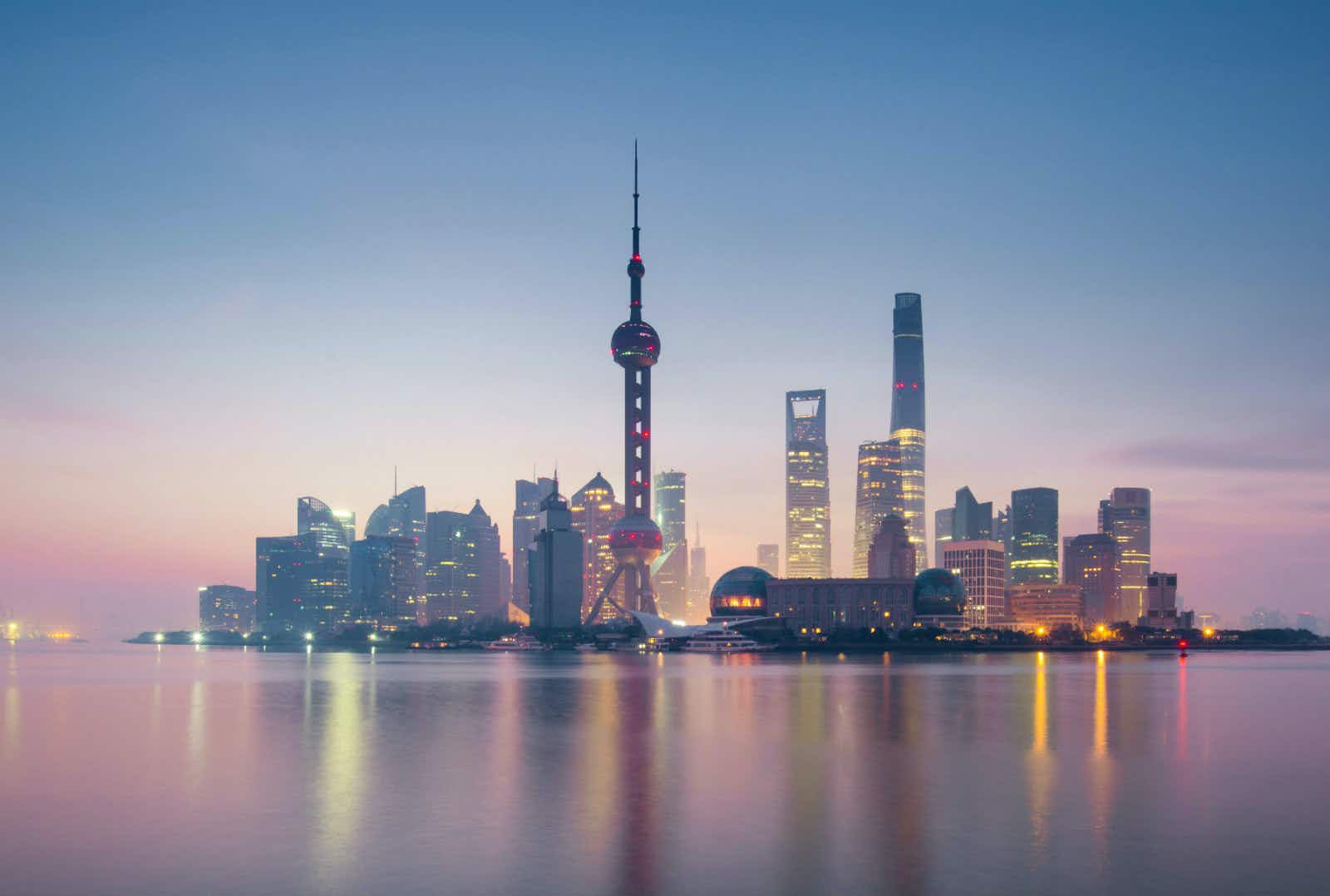 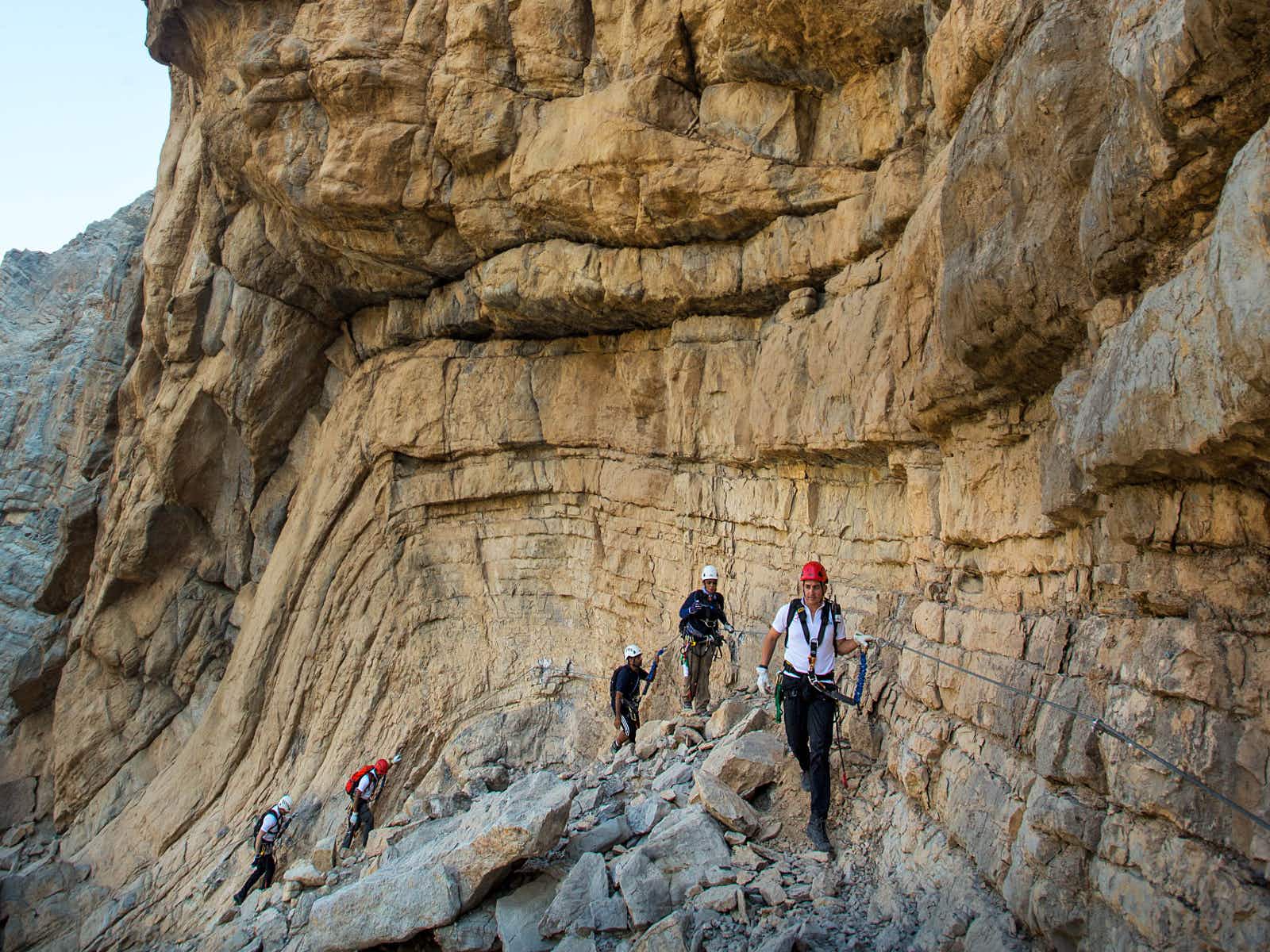 Where to get your adrenaline rush in Ras Al Khaimah…