Europe is a magical miscellany of peoples and places, and the range of destinations can be overwhelming if you’re planning a trip. To narrow down the choices, we asked our team of Europe-based editors and authors to pick a list of 10 destinations looming large in their travel plans right now.

This year’s list features a mix of rejuvenated classics, up-and-coming places making a bid for our attention, and a few out-of-the-way spots that just make us want to book a ticket, throw some stuff in a bag and go. Welcome to Lonely Planet’s best places in Europe for 2015.

Five years ago tourism to Iceland was low-key. Now, after a currency crash, two volcanic eruptions, and five seasons of Game of Thrones, Iceland’s dramatic landscapes and distinctive culture are firmly on the map. For most visitors, that means the south of the country – the Golden Circle, Reykjavík, and the mountains and glaciers of Skaftafell.

Less visited Akureyri, in contrast, sits on the north coast under snowcapped peaks at the head of Iceland’s longest fjord. It’s Iceland’s second biggest urban area, and while you shouldn’t expect a big-city vibe (the population is only 18,000), this easy-going place has more buzz than anywhere outside of Reykjavík. It’s also a great base for exploring the north's green pastures, fishing villages, mudpots, waterfalls, ski fields and whale-filled bays. Signs of the earth’s power – glaciers, volcanoes, lava fields and stacks of basalt – are everywhere, while strange underwater features lure divers and offshore islands are home to colonies of seabirds.

Leipzig is gearing up for a year of festivities. Image by Oliver Hoffmann / iStock / Getty Images

It’s easy to see why this ramshackle yet chic city has been touted as the ‘new Berlin’: students, artists and entrepreneurs are flocking here in search of cheap digs and a fresh scene. But Leipzig is no mere imitation – this place is as plucky as they come. A Stasi headquarters (now a public museum) still looms over the city, and it was the mass demonstrations held here in 1989 that fuelled the revolution culminating in the fall of the Berlin Wall.

This year sees the 850th anniversary of the Church of St Nicholas, the stage upon which many of these political protests played out. Leipzig Central Station will celebrate its 100th birthday and, as if that wasn’t enough, 2015 marks 1000 years since the city’s first documented mention. Unsurprisingly, this summer will be an extravaganza of festivals and exhibitions. Get there before the cool kids catch on.

The Azores are famed for their eye-popping crater lakes. Image by mgokalp / iStock / Getty Images

The Azores are a long way from anywhere, which helps to explain why they’re one of Europe’s best-kept travel secrets. This spectacular chain of nine islands, which belongs to Portugal, lies in the mid-Atlantic about 1500km west of Lisbon. Nature reigns supreme here: the few who’ve been wax lyrical about the archipelago's emerald landscapes, abundant marine life, and the sort of environmentally friendly adventures that lead to the Azores being named as the world’s top sustainable tourism destination last year.

Climb the perfect cone of Mt Pico, Portugal’s highest mountain; glimpse whales in the nutrient-rich waters around Sao Miguel; or hike, bike and canyon your way around Sao Jorge, an island-sized adventure playground for grown-ups. The list of outdoorsy things to do goes on and on. You can fly direct to the Azores from the US, Canada and Europe, and the start of budget flights from the UK late last year suggests the secret might finally be out.

Málaga has added the lure of world-class art to its traditional charms. Image by Tupungato / iStock / Getty Images

Laid-back Málaga boasts sunshine, beaches, seafood and a historic centre crammed with atmospheric alleyways. So far, so good. But one thing you might not have expected from a city that’s the gateway to the resort-lined Costa del Sol is a world-class cultural scene. Recent years have seen this 3000-year-old port invest heavily in art – with spectacular results.

The Museo Picasso, with over 200 works by the Málaga-born painter, and the Museo Carmen Thyssen, which explores Andalusian landscapes and life, are both relatively recent arrivals, and 2015 saw the opening of the Pompidou Centre’s first branch outside France (centrepompidou-malaga.eu), and the Russian State Museum (coleccionmuseoruso.es) in a converted tobacco factory. Combine Málaga’s traditional charms – eating fried fish and sinking beers on the beach, or clambering up the 14th-century Gibralfaro fortress for glorious views – with its galleries and redeveloped port and you’ve got a great city break.

Belgrade's Kalemegdan Fortress is a stunning backdrop for a festival. Image by Lunja / iStock / Getty Images

Wearing its elegant but crumbling facades as a badge of honour, Belgrade has emerged as Europe’s in-the-know destination in recent years. Its boisterous nightlife has brought comparisons to those much more famous (and expensive) ‘Bs’ in the west, Barcelona and Berlin. Add in hearty cuisine, a blossoming hostel scene and improved air connections to the rest of Europe, and the stage is set for exploring beyond the river-barge clubs.

Destroyed and rebuilt countless times in its 2300-year lifetime, Belgrade is a history buff’s dream: the Kalemegdan Fortress (hosting a new festival this summer – kalemegdansummerfestival.com/sr), the Royal Palace and a handful of fascinating museums have stories to tell. For a unique perspective, join new kayaking, biking or underground tours (tob.rs/belgrade-sightseeing-tours/other-sightseeing-tours). Historic hoods and destinations du jour include the cobblestoned bohemian Skadarlija strip and the creative hotspot of Savamala (home of the hip Mikser Festival – festival.mikser.rs). And with a Dubai-style makeover of the waterfront slated to start this autumn, you'd better catch some of that spirit before it’s gone.

The rolling countryside of Piedmont is dotted with vineyards and hilltop towns. Image by Rostislav Glinsky / Shutterstock

As host of Expo 2015, Milan might be hogging the headlines right now. But turn your sights west to the nearby region of Piedmont and you'll discover there's a lot going on in Turin. The city recently gave the Holy Shroud a rare public outing and is currently halfway through its stint as European Capital of Sport. Events in the pipeline range from rugby matches – Italy play Scotland on 22 August – to street golf and beach volleyball.

If you're more interested in mummies than marathons, the city's celebrated Egyptian Museum just got better after the completion of a five-year revamp. For a change of pace, the vine-clad slopes of southern Piedmont are ideal for touring. Pick up a car and explore the Unesco-listed landscape of the Langhe, Roero and Monferrato as you meander your way through wine towns like Barolo, Barbaresco and La Morra.

Although it sits on the Caspian Sea between Russia and Iran, Azerbaijan’s capital Baku sees itself as a part of Europe... and it’s one of the continent's fastest-changing urban spaces. The city's Soviet-era concrete is being rapidly replaced by Dubai-meets-Paris glitz. New architectural icons include Zaha Hadid’s Heydar Aliyev Cultural Centre (heydaraliyevcenter.az), whose fluid white form makes it photogenic from any angle.

Meanwhile, towering above the stone battlements of Baku’s Unesco-listed medieval Old City, the three blue Flame Towers skyscrapers actually appear to burn each evening thanks to an imaginative light show. Until recently Azerbaijan's awkward visas and oil-economy prices put off tourists. However, a 35% currency devaluation in February this year has lowered prices. And with the Baku 2015 European Games (baku2015.com) and 2016 Baku Grand Prix coming soon, there are hopes that tourist-visa restrictions will ease.

Check out the views from the deck-like roof of Amsterdam's NEMO science centre. Image by Anik Messier / iStock / Getty Images

With its photogenic canals, masterpiece-packed museums, ubiquitous bicycle paths, flower-filled markets, nightlife that needs no introduction, and a cosmopolitan foodie scene (including a new food hall inside the converted tram sheds of the cultural and design complex De Hallen (dehallen-amsterdam.nl), there's never a bad time to visit Amsterdam. But 19 to 23 August 2015 sees the Dutch capital host Sail Amsterdam (sail.nl), a once-every-five-years extravaganza that draws hundreds of thousands of visitors (so start making your travel plans now).

Highlights of this huge event – the Netherlands' largest – include tall ships sailing into the city, nautical-themed performances and concerts, and the opportunity to climb aboard old and new vessels. Seafaring enthusiasts can also check out year-round attractions like the Het Scheepvaartmuseum (Maritime Museum), just across from the boat-shaped NEMO science centre, where the deck-like roof terrace has panoramic views of the city.

Tromsø's star has been rising and rising in recent years. The ‘Arctic capital’ abounds with adventures thanks to snow-crowned mountains and big wilderness in its backyard. Season permitting, you can hike, kayak, whale watch, ski, snowmobile and dogsled. And come winter or summer, the city brims with events, from midnight sun marathons in June to the reindeer-racing in February.

Excitement is already snowballing about the Krystall, which is slated to open for Christmas 2016. What’s the deal? Picture a whopping snowflake-shaped, five-star hotel cast adrift off Tromsø's rugged coastline. Now imagine 86 minimalist-chic rooms with glass roofs that allow you to gaze up at the Northern Lights while snuggled down in bed. Cool? You bet. Floating between two fjords, its blend of Nordic architecture and close-to-the-elements setting is bound to leave guests smitten.

Porto is experiencing a creative rebirth – and it's also a bargain. Image by rusm / E+ / Getty Images

Move over Lisbon – now everyone is talking about the Portuguese capital's bright, soulful, party-loving northern sister. Scooping awards left, right and centre as one of Europe's best (and cheapest) destinations, Porto has the verve of a city finding its creative feet. Porto's delights go beyond tasting tawny port in venerable cellars like Taylor's (taylor.pt/en/visit-taylors/port-cellars) and strolling its Unesco-listed centre, Ribeira, where the candy-coloured houses spill down to the banks of the Douro.

Street art has injected cool into these medieval lanes, with names like artist Hazul Luzah bringing a splash of colour to streets like the Rua Miguel Bombarda, a hipster haunt of cafes, boutiques and galleries. Into your food? You'll be in your element, too. Celebrity chefs like Rui Paula and José Avillez have given the city kudos in the kitchen, and the 19th-century Mercado do Bolhão is receiving some much-needed TLC in 2015. For an indulgent half-day walk, hook up with the terrific Taste Porto Food Tours (tasteportofoodtours.com). Get tips from the experts on where to eat, drink and sleep in three of this year’s most exciting European destinations by downloading free PDF chapters. 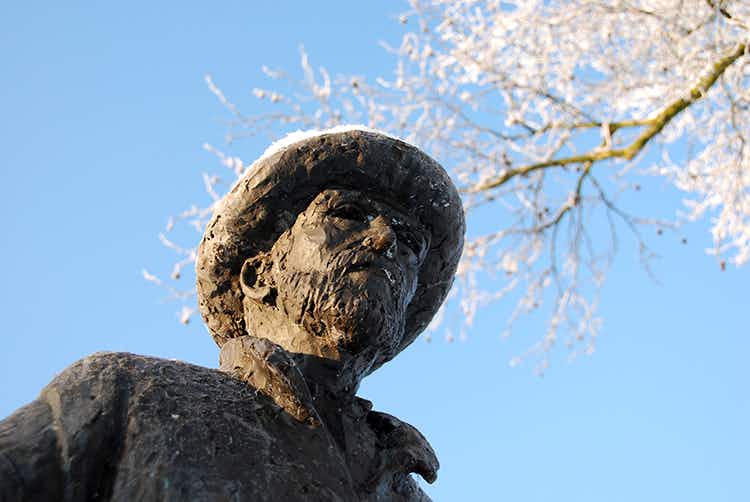 Exploring Europe through the eyes of Van Gogh 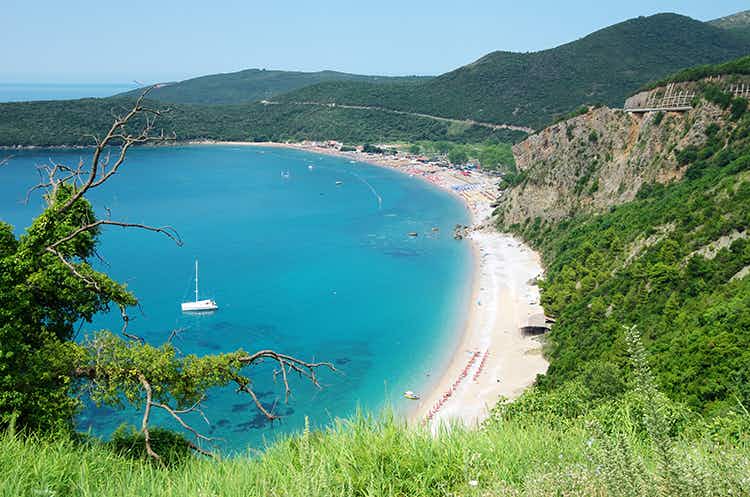