Canal life: a guide to China's most picturesque water towns

The water towns of eastern China near Shanghai are renowned for their pretty whitewashed houses, arched stone bridges and bustling canal-side streets. Most are located in a region known as Jiangnan, or 'south of the Yangzi River'. Locals in many of these water towns still maintain their waterside lifestyles, using the Yangzi's offshoot rivers and manmade canals to wash clothes, catch food and for transportation.

While the towns all share common architectural characteristics, each one is uniquely built depending on the flow of the watercourses in the area. So charming are these water towns that they have inevitably become popular tourist destinations, and many now charge entrance fees. Although they can be visited on day trips from larger cities such as Suzhou, Hangzhou and Shanghai, an overnight stay is best to appreciate them without the crowds. The most beautiful seasons to visit are spring and autumn, when the foliage is colourful and the air cool.

Eastern China's water towns are spread out across the Yangzi delta, which encompasses western Shanghai, southern Jiangsu and northern Zhejiang. There are many to choose from, but here’s our pick of the best.

Easily accessible from Shanghai, Zhujiajiao’s (朱家角) 36 ancient bridges, grand residences and beautiful gardens offer a pleasant contrast to the high-rise modernity of central Shanghai, although the crowds that roll into this small water town certainly rival those of the city's neon-clad Nanjing Road.

Conveniently located at the intersection of a number of rivers, Zhujiajiao prospered thanks to the rice and cloth that were transported on boats from the surrounding countryside. With a history going back more than 1700 years, what survives today is a charming mix of Ming and Qing dynasty alleys, bridges and water-town architecture. And it’s all packed into an area small enough to stroll from top to toe in around three hours.

An easy bus trip from Suzhou, petite Luzhi (甪直) is an elegant place, with a number of original Ming and Qing-era residences that have not been reconstructed as in other water towns. The town is so lovely that it was immortalised in the Ming dynasty poem, Scene of Puli (Puli being Luzhi‘s old name): ‘Long bridge short bridge with willows; Front stream rear stream with lotus; People watching banners over wine store risen; Seagulls escort the boat to the home of the fisherman.’

It’s a description that’s still accurate. Yet, Luzhi remains less well known than its neighbours Tongli and Zhouzhuang, meaning the numbers of visitors are more manageable and it is all the more charming for it.

Tongli (同里) is without doubt one of the most famous water towns in eastern China – and with good reason. Surrounded on its outskirts by five lakes, Tongli is a water town in the truest sense. It is built on a network of 15 canals that divide the town into seven islets, meaning that almost every residence is built on or by a canal. More than 40 bridges, from the Song, Yuan, Ming and Qing dynasties, link these islets together. Wistfully beautiful canal scenery awaits around almost every corner and it’s easy to understand why it is perennially popular with artists and photographers.

Though like most water towns in the area, it was founded more than 1000 years ago during the Song dynasty, Tongli’s close proximity to the provincial and cultural capital, Suzhou, helped the town to prosper. Today, it’s connected to Suzhou’s metro, meaning that it can get swamped with visitors, particularly at weekends.  Slip off the main through ways and onto Tongli’s secluded back streets, though, and you can easily escape the tour groups. This is where much of its beauty lies anyway.

Wuzhen (乌镇) sits at the centre of the so-called ‘golden triangle’ of Shanghai, Suzhou and Zhejiang's capital, Hangzhou, and was part of the Grand Canal – the longest canal in the world and once the main trade route connecting Hangzhou to Beijing. While much of the town today is restored or recreated, around half of the buildings are still-standing structures from Wuzhen’s past and the town manages to retain the air of its 1300-year-long history.

Much of the construction style in Wuzhen dates to the late Qing dynasty and early Republican period (1912-1949). The author Mao Dun grew up here (you can visit his family home) and was part of a movement of revolutionary artists and writers who transformed China from an imperial feudalist system to a people’s republic – he became the country’s first minister of culture after the 1949 communist victory.

Wuzhen is divided by waterways into four sections – north, south, east and west. The north and east sections are the most visited, while the west is the least crowded and houses many boutique hotels in period buildings.

Vying with nearby Tongli as the best-known water town in Jiangsu province, 900-year-old Zhouzhuang (周庄) is very popular with tour groups thanks to Chen Yifei, the renowned Chinese painter (1946-2005) whose images of the once-quiet town are its claim to fame.

Despite the crowds, Zhouzhuang still manages to exude considerable old-world charm, with well-preserved dwellings and 14 stone bridges dating from the Yuan dynasty through to the Qing. Artists and photographers hoping to capture what Chen saw prefer Zhouzhuang in the early morning, when the only sounds are those of the 800 or so local residents starting their days.

Zhouzhuang has some nice accommodation options but, whether you stay or not, be sure to try the local delicacy: braised pork shank (万三蹄, wànsān tí).

Being less famous than other water towns in the area certainly hasn’t done Nanxun (南浔) any harm – it tends to receive fewer visitors than nearby Wuzhen and because of this feels decidedly more tranquil. Much of its old town is still a living residential area and you’ll almost certainly see locals washing clothes, sipping tea or playing cards beside the water, especially after 5pm, when the town is free to enter and most of the tourists have gone home.

Nanxun flourished in the Ming and Qing dynasties, when it became an important centre for silk production and, like Wuzhen, a key trading post along the Grand Canal. Many of the decadent former homes of silk merchants remain, built in a fascinating style that mixed Chinese and European architecture and was fashionable among the elite of the time. The opulent mansion of Zhang Shiming, one of Nanxun’s most influential men, features coloured glass that was imported from France.

About an hour from Shanghai and Suzhou, ancient Xitang (西塘) was founded during Warring States period (476-221 BC). What distinguishes Xitang from other water towns are its unique lángpéng (廊棚, covered waterside streets) that allow residents and visitors to enjoy a stroll come rain or shine. The longest of these wooden and stone structures is 1.3km and movie fans might recognise this as the filming location for the final chase scenes in the 2006 movie Mission: Impossible III.

While it is a popular and busy tourist destination, especially among Chinese travellers, Xitang is still quiet enough to appreciate the local waterside lifestyle. Many locals live in the houses lining the 122 tiny lanes that vein off from the waterways. The most famous of these lanes is Shipi, which, at its narrowest, measures just 80cm across – just wide enough for one person to shuffle through. 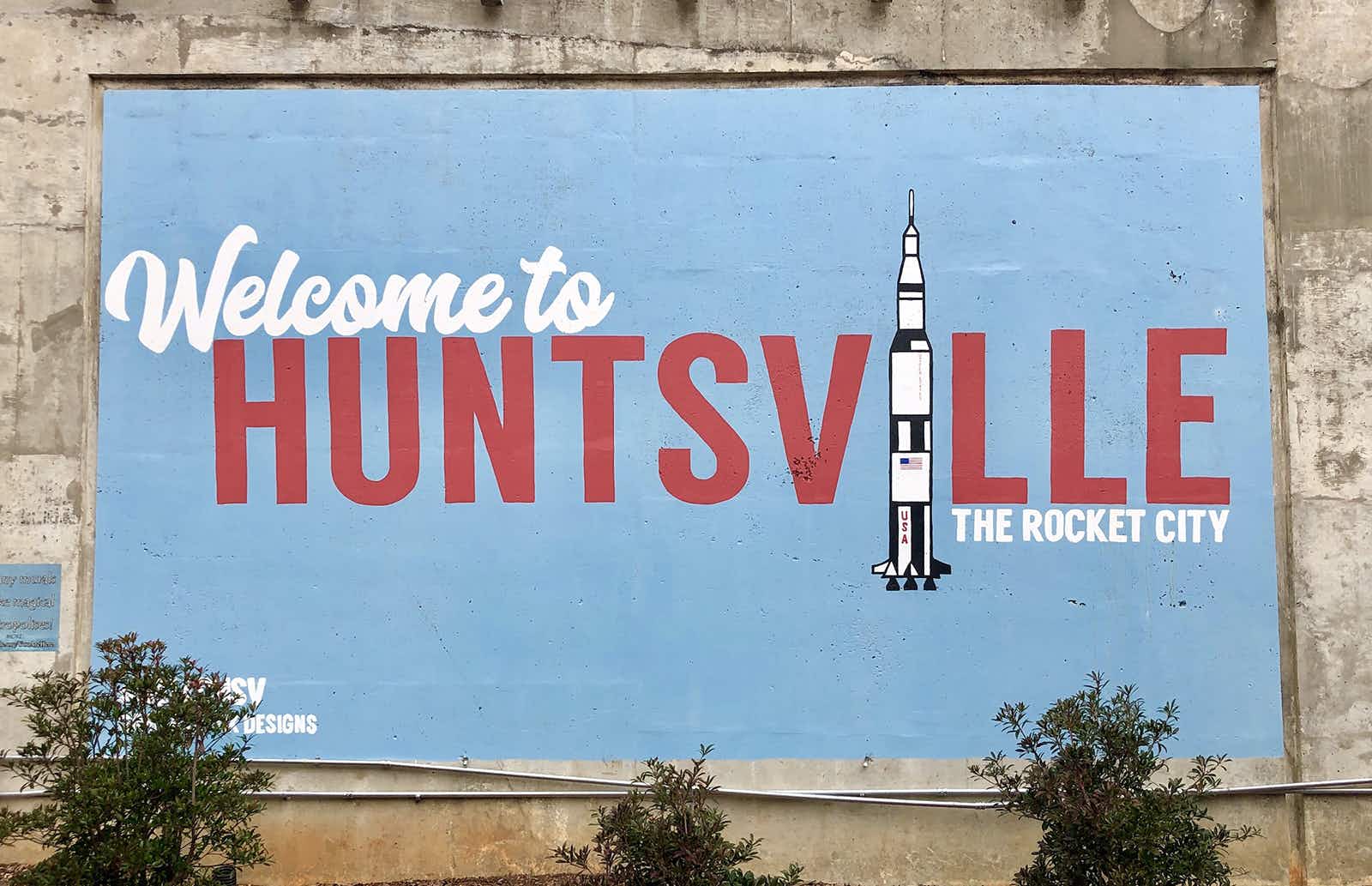 Launching into North Alabama: exploring Huntsville and beyond 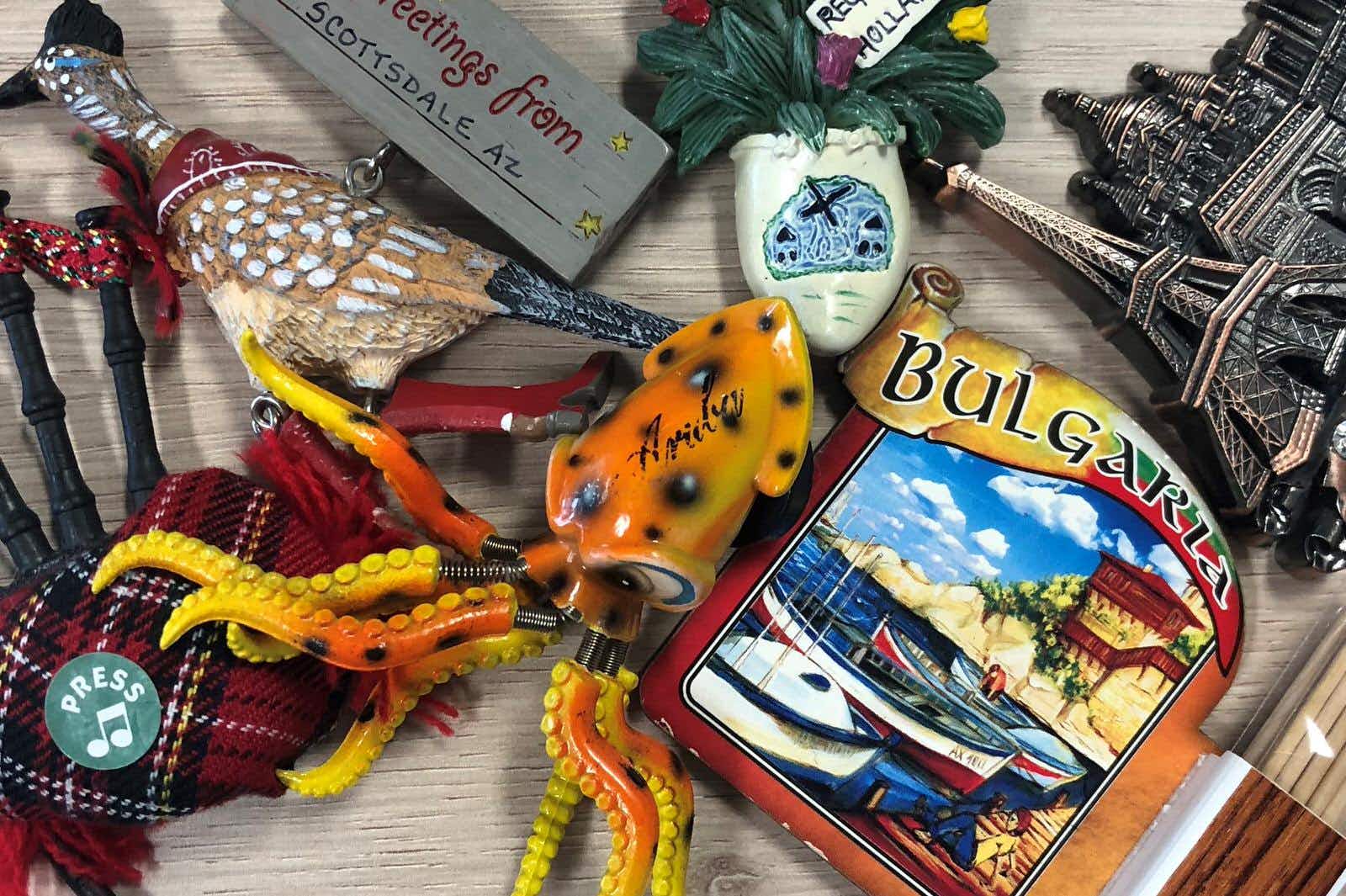 Take it away: the stories behind our favourite souvenirs