Which Utah park is right for you? 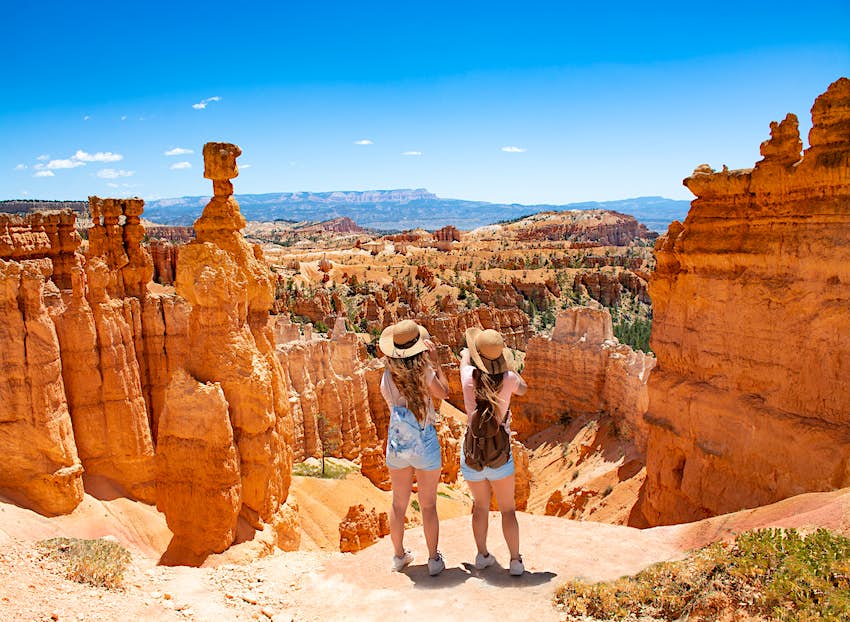 Utah has a wealth of natural wonders. Here's how to find the one that's right for you © Margaret.W / Shutterstock

Utah has more protected national parks and public lands than any other state in the Lower 48, including California. But even with so much to see, you can take in much of Utah's great outdoors within a few hours’ drive – definitely not the case in larger states.

That high concentration of national parks, national monuments and state parks explains Utah's popularity as an outdoor destination for both domestic and international visitors. When someone says “there’s so much to see and do here,” that’s not hyperbole. And if you widen your scope to both central and northern Utah – in addition to the iconic "Mighty 5" (Arches, Bryce Canyon, Canyonlands, Capitol Reef and Zion National Parks) in the southern region – you can loop in lesser-known areas that would likely be national parks in any other state.

God (or at least the Colorado River) was in a very good mood when the plateaued deserts of southern Utah were cut. The contrast of lifeless orange buttes and canyons underneath expansive blue skies is simply magic, and you can’t go wrong when seeking out that display in the south. But there are several standouts when it comes to seeing extreme nature at its most impressive.

The hoodoos (rock spires) of Bryce Canyon are arguably the state’s best sight — like something from Mars. The cozy but still-soaring canyon walls of Zion aren’t far behind. Monument Valley and the arches of Moab are also high on the extraterrestrial list. But so are the lesser known gems such as Goblin Valley, Muley Point, Dead Horse Point State Park and Green River Overlook.

All combined, Utah might be the most disproportionately beautiful state on the continent.

If it’s hiking you’re after, two of the world’s best day hikes are within tiny but popular Zion National Park. Angel’s Landing and The Narrows – breathtaking, if sometimes deadly – are deserving of all the praise they receive. But Utah is also home to other world-class treks.

For the most impressive arch formation, head to Moab. But consider skipping the iconic and awkwardly approached Delicate Arch in favor of the more towering Corona Arch. For the best three-mile hike, walk the Queen’s Garden/Navajo Loop in Bryce Canyon. For claustrophobia-inducing slot canyons, slip through Little Wild Horse (near Capitol Reef), Wire Pass Trail in Paria Canyon, or the Peek-a-boo/Spooky slots in Grand Staircase-Escalante National Monument.

But wait ­– there’s more! For water frolicking, swim The Narrows, or wade through Sulfur Creek in Capitol Reef, or Lower Calf Creek falls in Grand Staircase-Escalante. For excellent and crowd-free multi-day backpacking rated as one of the best in the West, head northeast from Salt Lake City for the green forests and alpine lakes of the High Uintas Wilderness.

If you’re simply checking off a bucket list of sights, you can drive to scratch the surface of the state’s five national parks in as few as five days. But if you’re able, take the time to drive the state’s eight scenic byways, dig deeper into each of the parks and monuments, and return again as needed.

Utah State Route 12 is one of the best drives in the region. But the treacherous Moki Dugway near Monument Valley and the Shafer Trail onto Potash Road in Canyonlands are even more exciting (high clearance and/or four-wheel drive required). For off-roading, head to Cathedral Valley in Capitol Reef or Onion Creek, Elephant Hill and Hell’s Revenge in Moab. The latter makes a convincing claim to be the best mountain biking spot in the world.

If it’s boating you prefer, Lake Powell is what the Grand Canyon might look like if it were ever dammed and flooded. Flaming Gorge in the northeast corner of the state isn’t far behind. Both are spectacular.

You won’t find much elbow room in Zion, which is the state’s most popular park and often overcrowded during peak summer months. But you can always sneak away at The Maze ­­– the least accessible district of Canyonlands. With 4x4 access only, it’s reputedly one of the most remote areas in all of the National Park System. Cathedral Valley in Capitol Reef is also 4x4-only and largely devoid of fellow off-roaders.

The High Uintas Wilderness is also a mostly isolated experience, and free from powered vehicles of any kind – only hikers and horses are allowed. Little Grand Canyon and its primitive camp sites in the San Rafael Swell is a highly rated getaway for one or two nights. Bridges National Monument has some of the lowest ambient light levels in the entire state, making it a great place to take in the Milky Way. And Kolob Canyons in northwestern Zion is regularly overlooked, since its separate entrance is even more removed from nearby Las Vegas.

Although most of Utah’s public lands are just as good for small children as adults (other than The Maze and dangerous Angel’s Landing) several spots are especially good for families. In the National Park System, start with Arches, Capitol Reef and Bryce – their easy access and reduced exposure are great when you’re bringing the little ones. On the southwest side, look into Snow Canyon, Coral Pink Sand Dunes and Kodachrome Basin State Park, all of which are close to convenient stores and lodging options.

Salt Lake City and its surrounding areas all sit within a stone’s throw of dozens of world-class ski resorts, four-star hiking, nearby peaks, and even surprises such as Timpanogos National Cave and Little Sahara Recreation Area.

Utah remains one of the greatest geological wonders on the entire planet. So when they say “there’s something here for everyone” that’s no exaggeration – it’s an irrefutable fact. Explore the Mighty 5 – and more – and find the best of whatever adventure you’re looking for.

Get more travel inspiration, tips and exclusive offers sent straight to your inbox with our weekly newsletter. Check out adventure tours for every traveler from our trusted partners.

This article was originally published February 2019. It was updated September 2020.

Skiing, hiking or craft beer? This airline will filter destinations based on your interests

2 min read • Published about 4 hours ago

See how this family adapted to living, working and learning in an off-grid trailer

2 min read • Published about 5 hours ago

6 US cemeteries to visit the ghosts of the past 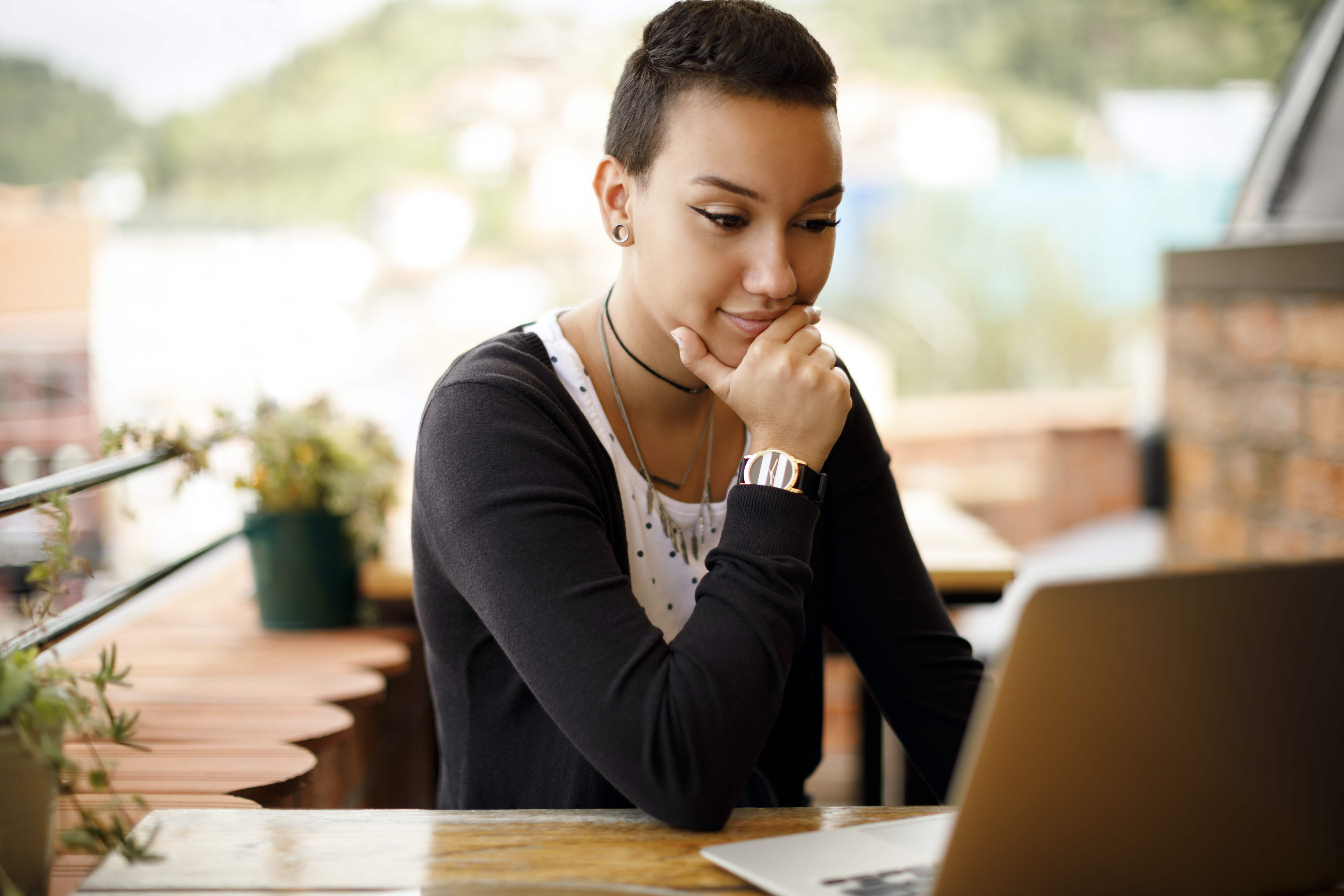 College kids are ditching dorms for the digital nomad life… 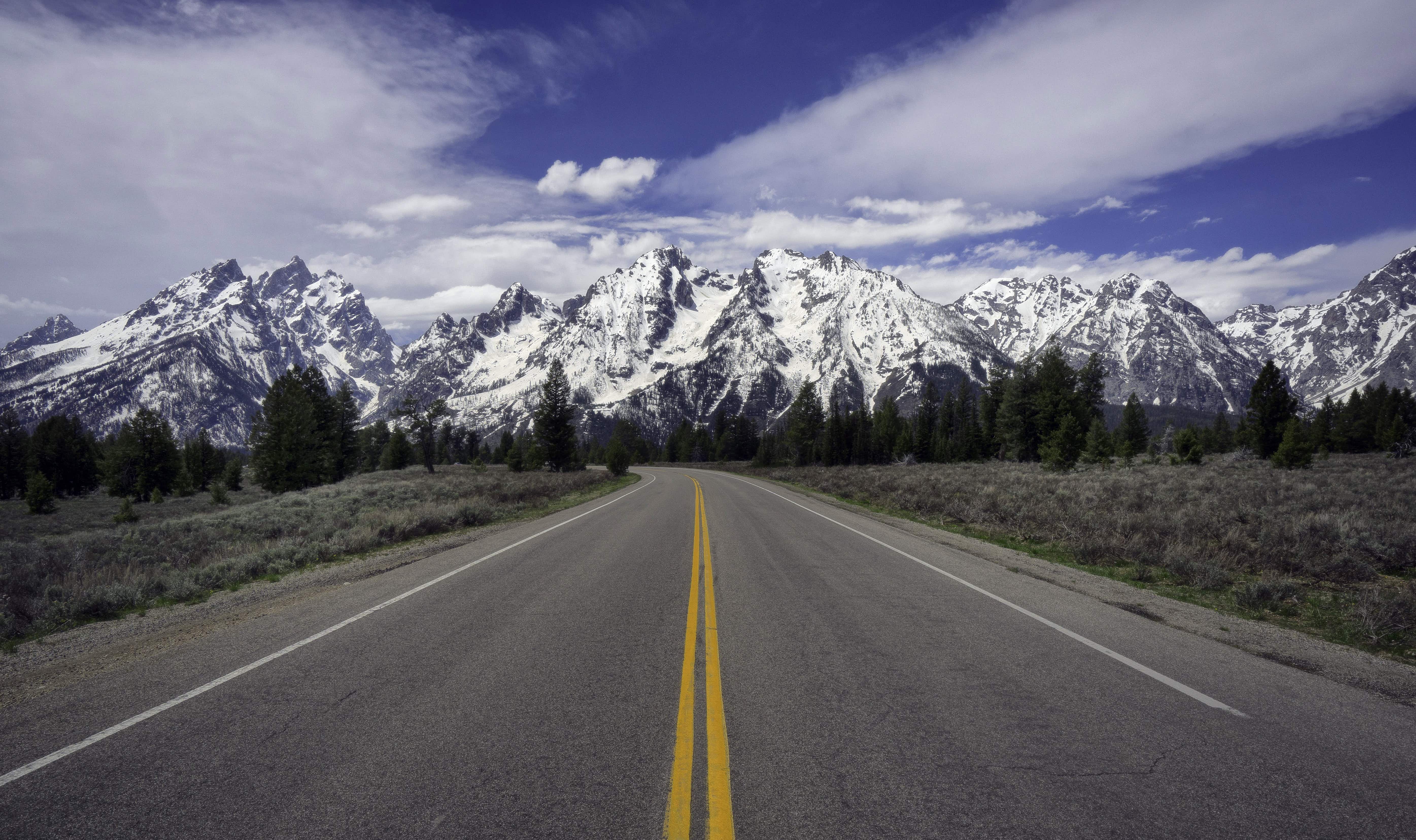 The 12 best day trips in the Rocky Mountains