In recent years, though, one particular swath of the vast region has been making headlines—Bears Ears National Monument. It takes its evocative title from a crowning pair of beautiful, ruddy mesas that rise nearly symmetrically above a gray-green pinyon pine and juniper forest. They, in turn, were named for their striking resemblance to ursine anatomy. Until recently, however, the geological feature was not as widely known as other Southwestern highlights, such as not-too-distant Grand Canyon or Mesa Verde.

On December 28, 2016, former US President Barack Obama signed the 1.35-million-acre monument into existence under the Antiquities Act of 1906. The move struck some as being too far-reaching and on December 4, 2017, President Donald Trump sliced the original plot by executive order into two newly named parcels (Indian Creek National Monument and Shash Jáa National Monument) reducing the overall size by some 85 percent to 201,876 acres.

The splitting and cutting back of Bears Ears National Monuments original borders is a hot-button topic. Numerous lawsuits have been filed, including by Native American tribes that regard much of the Bears Ears region as sacred land. It’s a situation that’s likely headed to the US Supreme Court, and the outcome is surely years away. Nevertheless, the area in and around Bears Ears remains an exceptionally breathtaking space well worth a visit.

Much of the landscape is remote backcountry filled with abundant flora and f auna, from leafy cottonwood trees to scaled horned lizards (Yes, actual bears do live in the area, but they are rarely seen). It’s also a rich gallery of priceless archaeological sites left by Native American cultures like the Ancestral Puebloans that once lived in the sere climate. Rock art and cliff dwellings can be reached by hiking and horse trails that wind through the convoluted terrain. All ancient remnants should only be remembered with photos, though, never by touching or taking. To explore the backcountry, check in first at the Kane Gulch Ranger Station for permits and information on weather conditions.

Lay of a monumental land

On the west flank of the Bears Ears buttes lies one of the original tourist destinations of the American Southwest – Natural Bridges National Monument. Created by President Theodore Roosevelt in 1908, it’s a trio of gorgeously elegant sandstone spans that arch over rugged stream beds carved by snowmelt and rain trickling to the Colorado River. The individual bridges, including photogenic “Sipapu” (the second largest in the world behind Rainbow Bridge National Monument), can be reached by foot. There’s an informative visitors center at the entrance and a small adjacent campground. Be sure to stay for the stargazing, Natural Bridges became the world's first designated dark-sky park in 2007. Further to the west lies Glen Canyon National Recreation and its watery gem, Lake Powell.

In warm months, the gargantuan reservoir becomes a temporary home to party-friendly houseboats that make home port at Bullfrog and Halls Crossing. Unexpected in the desert, there’s even a ferry that unites the two marinas on a 34-mile-long liquid route. Be sure to check the schedule in advance, as it’s a 125-mile asphalt excursion if you miss your connection. The highway northwest from Bears Ears eventually leads to Capitol Reef National Park, another lesser-known but nonetheless majestic treasure of Southeastern Utah.

The most spectacular approach to Bears Ears begins south in the next-door state of Arizona, heading northeast from Grand Canyon National Park. At the border of Utah on Highway 163, the cinematic tableau of Monument Valley unfolds across the horizon. It’s a quintessential backdrop seen in classic Hollywood films including Stagecoach, The Searchers, Easy Rider, and even National Lampoon’s Vacation. Monument Valley Navajo Tribal Park straddles the state line, where Eagle Mesa and other sublime outcroppings scrape the skies. At the small hamlet of Oljato, Navajo craftspeople sell their finely crafted and famed artworks, including distinctive silver and turquoise jewelry, colorful pottery, and intricately woven rugs.

Going further north through the San Juan River valley, the next stop is over a bridge to Mexican Hat, a tiny roadside collection of seasonal motels and eateries that serves as a popular base for inflatable raft and kayak tours. Its picturesque namesake rock outcropping—which imaginative types say resembles a giant geological sombrero—is perched on the east side of the highway just past the rustic waypoint. The turnoff to Goosenecks State Park overlooking the wending, muddy San Juan River itself is just beyond.

Then there’s a fork in the road – one that can get a bit existential, actually. The first and quickest choice is Highway 163, which soon merges with Highway 191 at the outback town of Bluff on the way to the small community of Blanding, which is the largest burgh around with a population of some 3,400. It was settled by the Church of Jesus Christ of Latter-Day Saints, also known informally as the Mormon Church, in the late 19th century. There, stop by the Edge of the Cedars State Park, which features a restored Ancestral Puebloan village, and the paleontological Dinosaur Museum.

The second choice is turning onto Highway 261, a veering path that includes the somewhat infamous Moki Dugway, a three-mile-long, switch-backed section of unpaved highway that snakes 1,100 feet up a sheer cliff face. It was once a notoriously dangerous narrow Jeep path, but it’s now generally passable in dry weather by most vehicles under 28 feet in length. However, it’s still a serious road and isn’t appropriate for inexperienced drivers who are prone to motion sickness or have acrophobia. Extra caution is advised for motorhomes and towed trailers, as well. A dirt road links these two conduits through the multi-hued spindles of Valley of the Gods, and all major thoroughfares in the area are part of the Trail of the Ancients, a National Scenic Byway. The byway also reaches Hovenweep National Monument, an impressive architectural testament of Ancestral Puebloan heritage located near the Colorado border.

Whatever the current political agitation over Bears Ears, venturing to the region remains a classic American road trip. The closest international airports are Salt Lake City, Las Vegas, and Phoenix, which are all roughly six hours distant. The nearest small cities of Flagstaff, Ariz., and Grand Junction, Colo., are a good four hours away. Moab, the famed outdoor town, is a two-hour drive north. While accessible, the area is about as isolated as you can get in the Lower 48 with maintained highways. For that reason alone, being prepared is essential. Gas stations are far between, and cell phone service is spotty at best – count on frequent stretches of 30 miles or more of technological desolation. Keep your gas tank above half full.

And now for the weather… This part of North America can be harsh in any season. In winter, it's frigid and frequently snowy. Many hotels, motels, and restaurants close from November through to April. In the high summer of July and August, it's usually blazingly hot, with daytime temperatures spiking well above 100° F. More temperate spring and fall are prime windows for exploring. No matter the weather, though, always carry at least one gallon of water per person, per day, plus warm, weather-proof clothing. Hats and sunscreen are necessary, as clouds are usually scant in the sky. And, when driving, keep an eye out for cattle meandering onto the pavement, especially at dusk. This is still the Wild West in many ways, but the unforgettable scenery makes it all worthwhile. 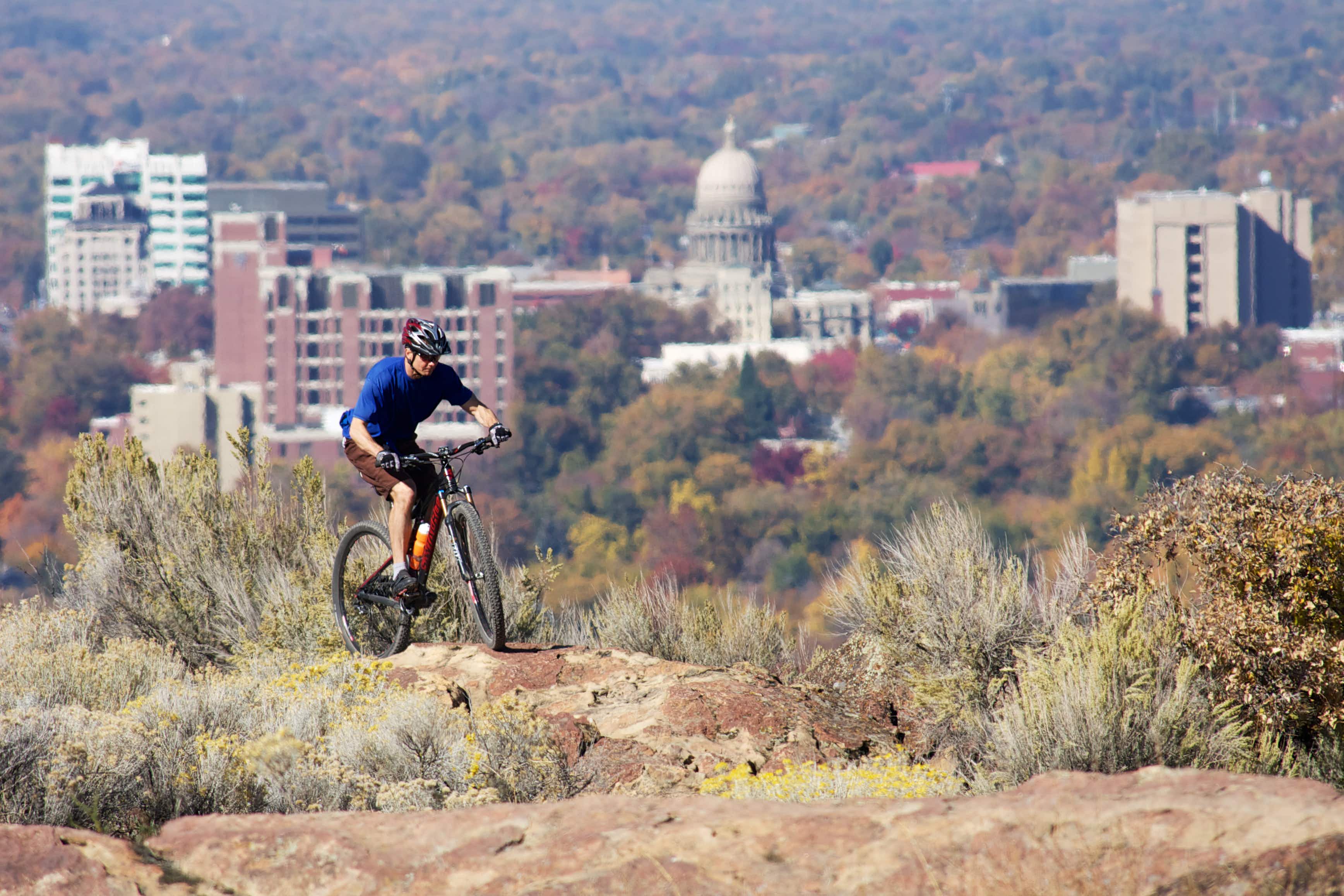 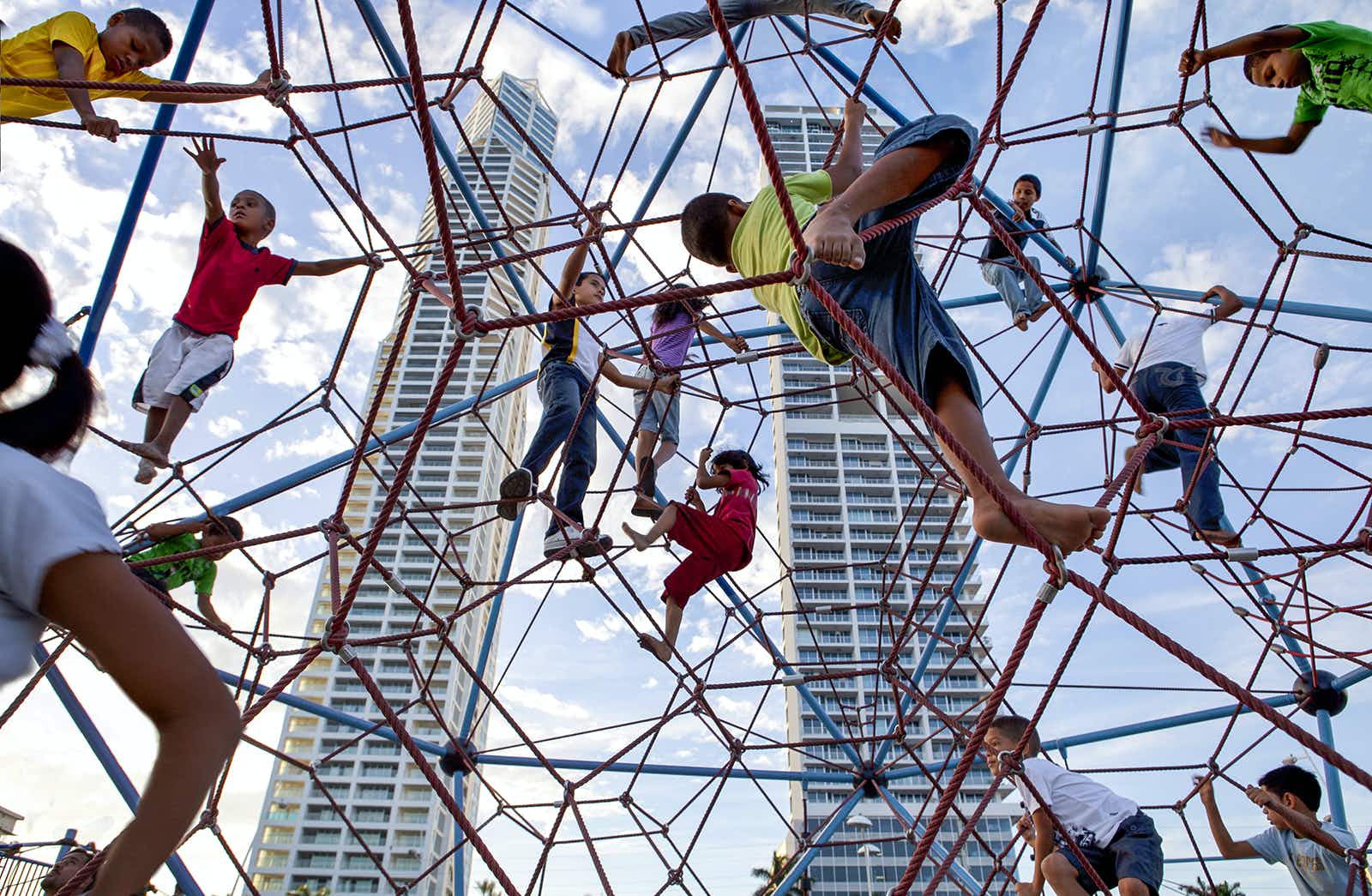