In 1997, Italy’s five beautiful Cinque Terre villages were awarded Unesco World Heritage Site status in recognition of their rugged and remote coastal location and traditional way of life. But the secret was out – these once peaceful and idyllic villages soon saw a rapid influx of visitors from around the world, filling their narrow streets and dinky harbours with thousands upon thousands of tourists each day.

Nowadays, if you’re looking for an unspoiled idyll on the Italian Riviera you’re better off looking elsewhere, but you don’t have to venture far. This article features five beautiful villages in the immediate vicinity of the Cinque Terre that haven’t been ravaged by overtourism.

Just few kilometres further down the coast, Porto Venere is the closest thing to a sixth Cinque Terre village. Unesco included it as part of the World Heritage Site, and it shares many of the qualities that make the Cinque Terre so attractive, including pastel-coloured waterfront houses and a picturesque seaside location.

Originally founded by the Romans, Porto Venere has an impressive location at the end of a promontory, with the Cinque Terre coast on one side and the bay of La Spezia on the other. The village is heavily fortified, topped by the Castello Doria fortress and flanked by watchtowers. Even the multicoloured seafront tower-houses once formed an enormous defensive wall several stories high. Only later, when the danger from pirates had receded, were windows eventually created.

The area is also famous for its association with the Romantic poets, and it’s not hard to see why the likes of Byron and Shelley were drawn here, as the views are spectacular in all directions. To the west are the distant white peaks of the Apuan Alps, where Carrara marble is quarried, and to the south is the rocky, wooded island of Palmaria, separated from Porto Venere’s harbour by a narrow strait. The gothic church of San Pietro sits on a rocky outcrop, lashed from all sides by the deep turquoise waters of the Mediterranean Sea. To the north, the rocky terraces of the Grotta di Byron provides dramatic views north up the Cinque Terre coastline.

Getting there: Porto Venere has no train connection, but you can catch buses and boats from La Spezia.

Standing beside Tellaro’s harbour it’s easy to imagine that a little piece of the Cinque Terre broke off and floated down the coast, before becoming lodged here in the Bay of Poets. As Tellaro is still pretty much off the tourist trail, wandering its maze of little streets is a great way to get a feel for what visiting the Cinque Terre would have been like before the international hordes descended.

The seaside village is almost unbearably quaint, with a scattering of tiny fishing boats pulled up on the slipway and balconies decorated with potted prickly pear cactuses overlooking the glittering sea. Exploring brings a tantalising sense of discovery, as you poke your nose into an arched tunnel that conceals a row of majestically decayed doorways or turn a corner to find a tiny whitewashed chapel flanked by lemon trees. The focus of the seafront area is the pastel-pink Chiesa di San Giorgio, where legend has it that one night, a giant octopus rang the bell, alerting the village’s inhabitants to an impending pirate attack.

Getting there: You’ll need your own wheels to reach Tellaro, which is about 15km east of La Spezia.

If even Tellaro isn’t far enough off the tourist trail for your liking, then venture a few kilometres further to Montemarcello. Perched atop the Caprione promontory, it has spectacular views in all directions of the Bay of the Poets, the Magra River valley and the marble mountains of Carrara. Imbued with a wonderful sense of calm, it’s the perfect place to nurse a coffee on a small outside table and take deep, heady breaths while you contemplate the way the cafe’s dark green shutters contrast with its peeling coral-orange paintwork.

The village’s history goes back to the Roman era, as evidenced by the grid layout of its tightly packed houses and shady narrow alleyways, and you can walk along the vestiges of its 15th-century walls. A short scenic walk out of the village brings you to a windy viewpoint with panoramic vistas all the way to Porto Venere. Longer hiking trails snake across the peninsula through olive groves, pine trees and Mediterranean shrubland, and also connect Montemarcello with Tellaro on the coast below.

Getting there: A few kilometres further on from Tellaro, you’ll also need a car to reach Montemarcello.

Less a village, and more a collection of tiny hamlets tumbling down the hillside towards the sea, Framura has an ethereal, fairytale quality – seemingly frozen in time by a mystical spell. Crumbling palaces adorned with decorative sculpture and frescoes are draped in cascades of purple wisteria. The delicate scent of the wisteria blows on the breeze, mixing with the aroma of rosemary, sage and thyme from herb gardens. Each of the three main settlements – Costa, Setta and Anzo – boasts a picturesque collection of watchtowers, churches and villas dating from the 9th, 12th and 16th centuries.

If you’re up for an adventure then getting here can be half the fun. An old railway track that connected Framura with Levanto has been converted into a 5km-long trail for pedestrians and cyclists. Much of the flat route runs through historic tunnels, with occasional arched openings providing breathtaking glimpses of the sea. Halfway along, the trail emerges in the pretty seaside town of Bonassola, which has a long sandy beach and plenty of cafes and gelaterias that are perfect for a refreshment break. The roads that lead up into the hamlets of Framura are quite steep, so if you don’t fancy a workout it’s a good idea to hire an e-bike, or leave your bike at the bottom and stroll up.

Getting there: Framura station is on the train line between La Spezia and Sestri Levante, with hourly services in each direction. If you want to cycle the trail, catch the train to Levanto and hire a bike from there.

Dramatically poised on a peninsula halfway along the coast between the Cinque Terre and Genoa, Sestri Levante has a wonderfully refined air, its pastel-coloured villas and palaces ornamented with trompe l’oeil architectural features. Each side of the spit is flanked by golden sands, and at the tip of the peninsula a storybook castle crowns a craggy outcrop that was once an island. The two beaches are completely different in character: Baia delle Favole to the north is a long, luxurious swathe of sand, whilst Baia del Silenzio is a perfect dinky cove on the other side.

Unsurprisingly, it’s a popular summer getaway for Italians, and can get busy, particularly at weekends. Between the two beaches, the narrow streets of the old town are tightly packed with souvenir shops and restaurants serving the deliciously fresh and intense pesto pasta that originates from nearby Genoa. To escape the bustle and enjoy perfect views over the town and the rest of the coastline, hike the Punta Manara trail – a two-hour loop through olive groves that starts from the Baia del Silenzio.

Getting there: Sestri Levante station is on the train line between Genoa and La Spezia, with frequent services.

Anna Tyler travelled to the Italian Riviera with support from In Liguria. Lonely Planet contributors do not accept freebies in exchange for positive coverage. 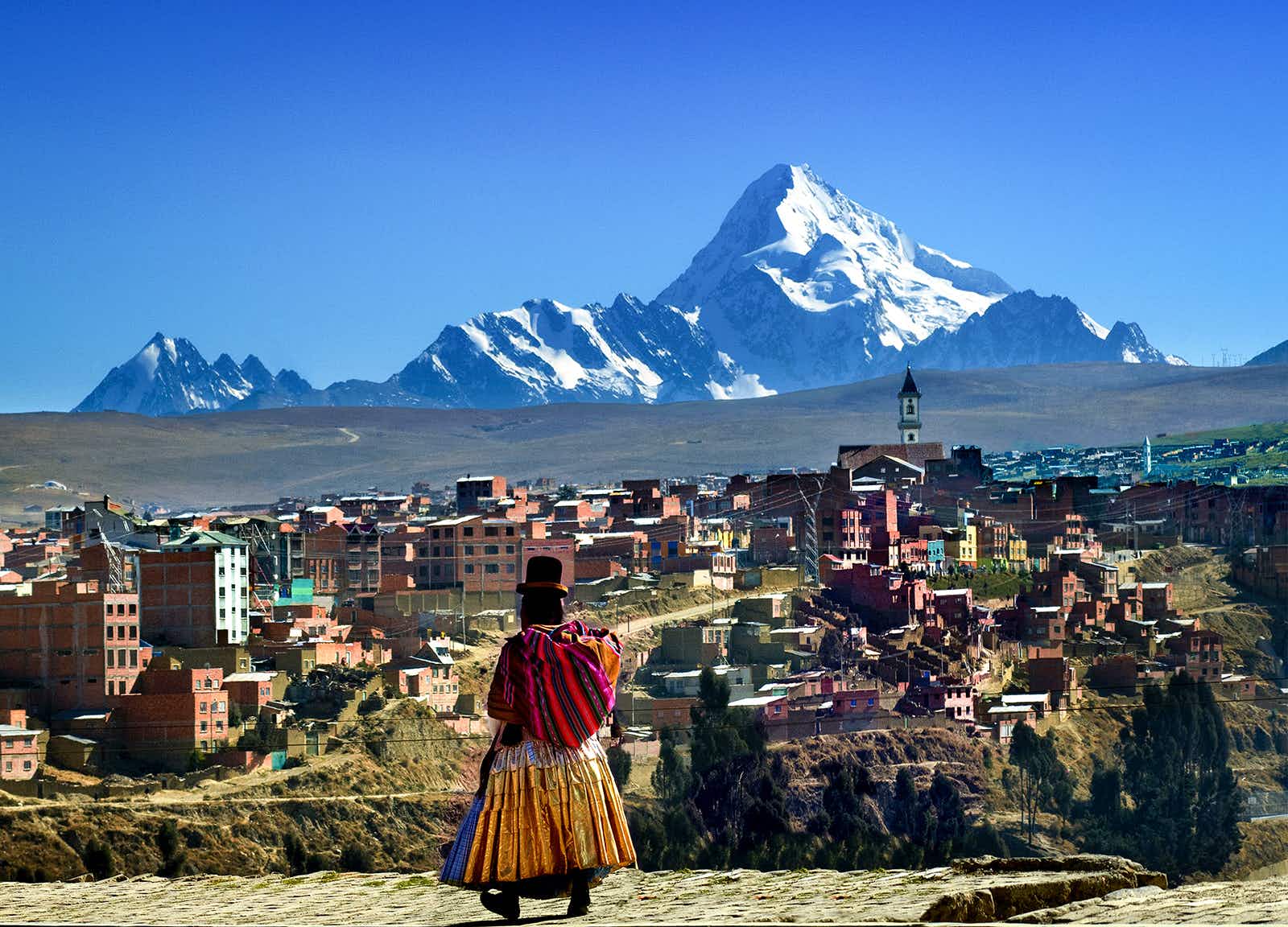 How to awaken your 5 senses in La Paz 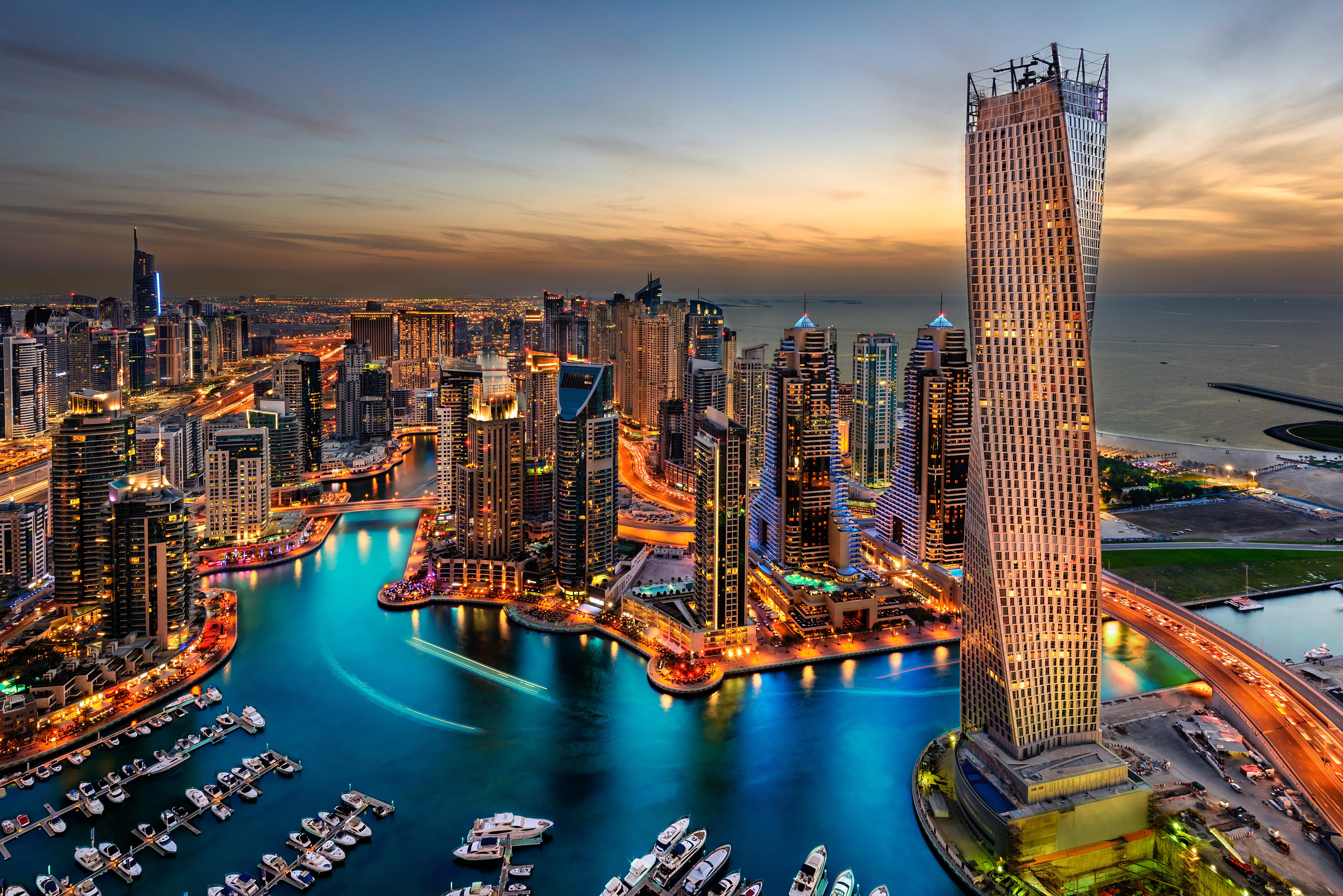 First time Dubai: top tips for your first visit to…