A beginner’s guide to the Lake District

The Lake District is a hauntingly beautiful corner of our planet and easily the most scenic place in England. The landscape is simply spellbinding: shadowy ridges gilded with golden light, shimmering meadows ablaze with wild flowers, and sparkling blue lakes that reflect the whole glorious scene.

The region seduced Wordsworth and other literary giants, and continues to attract sightseers, walkers and adventure-seekers in search of its fascinating heritage and abundant outdoor activities.

Wastwater is the deepest lake in England. Image by Will Jones / Lonely Planet

The 885-square-mile Lake District National Park, which covers almost the entire region, is located in the far northwest of England. Until the mid-19th century the area was barely visited by outsiders – Daniel Defoe described it as ‘barren and frightful’ in 1724 – but the Romantic poets’ idea of ‘sublime nature’ encouraged an appreciation of wild places, and the introduction of the railway to Windermere in 1847 made mass tourism possible. Windermere is still the entry point for most visitors and where many base themselves. Its adjacent namesake lake ribbons for 11 glorious miles through the gently undulating southern portion of the park. Taking a cruise here is a classic Lakeland experience, albeit one you’ll share with plenty of fellow sightseers.

Looking down on Hawkshead and Esthwaite Water. Image by Andrew / CC BY 2.0

On the other side of the lake, the village of Hawkshead offers a prettier and more atmospheric alternative. It also has important connections to Beatrix Potter and William Wordsworth. You can visit Potter’s old home, a 17th-century cottage called Hill Top whose setting inspired much of her work. Wordsworth was schooled in Hawkshead and lived for a time in Grasmere, a few miles to the north. You can also visit his old home, Dove Cottage, where he penned some of the greatest poetry ever written – much of it concerned with the nature he found around him – and see his grave in St Oswald’s Churchyard.

Dramatic scenery unfolds down from Hardknott Pass. Image by Will Jones / Lonely Planet

Beyond Windermere, heading north into the middle of the park, the scenery becomes wild and dramatic. Bottle-green valleys dotted with sheep and flanked by craggy ridges form great fissures in the landscape. Mountain passes, draped like bootlaces across the unforgiving terrain, link remote hamlets and villages.

Gazing down on Derwentwater from Catbells. Image by Will Jones / Lonely Planet

Lakes are plentiful, of course: to the west of Windermere is Coniston Water and west of here are Wasdale valley and Wastwater, the deepest lake in England. North of Wastwater you’ll find Lake Buttermere, absurdly scenic from all angles, and east of Buttermere is Borrowdale and Derwentwater, with its lovely wooded islands. Further east, Ullswater is arguably the most majestic of the lot, and said to be where Wordsworth wandered lonely as a cloud. If you’d like to see the exact point of the country which receives the most rain, head to the exquisitely named Sprinkling Tarn.

Walking and the great outdoors

The Lake District offers an enormous variety of walks. Image by Will Jones / Lonely Planet

The Lake District has some of the finest walking trails in the world. Deciding where to go can be difficult due to the overwhelming amount of choice: here are some of our favourites.

An easy and rewarding route is the 5-mile circuit around Buttermere, surrounded on all sides with mountains and offering consistently stunning views. The popular 3-mile scramble up the 450m peak of Catbells, adjacent to Derwent Water, is slightly more testing and provides one of the best panoramic views in the Lake District.

For sheer drama set aside a whole day and head for Helvellyn, which at almost 1000m is the third-highest peak in England. It is best ascended via Striding Edge, a ridge whose ludicrously steep sides plunge down into wild valleys, and descended via Swirral Edge.

For the glory of saying you’ve climbed the highest peak in the country, Scafell Pike beckons. Like Helvellyn, this is doable for anyone with reasonable fitness but should be approached with common sense and waterproofs, not flip flops and a vest. If the weather is kind, you’ll catch a glimpse of Wastwater from the top – a mere puddle on the landscape when viewed from the 978m summit.

Not surprisingly, there’s an abundance of other ways to enjoy the outdoors in Lakeland, including mountain biking, climbing and gorge walking (often called ‘ghyll scrambling’ in these parts). One of the most exciting adventure activities can be found at the Honister Slate Mine on its vertiginous via ferratas – think cables, cliffs and clinging on for dear life.

A locomotive arrives at Irton Road on the Ravenglass & Eskdale Railway. Image by Peter Trimming / CC BY 2.0

Aside from almost all the walks and activities noted above, there are plenty of great family days to be had in the Lakes that aren’t particularly reliant on favourable weather.

The World of Beatrix Potter in Bowness is divided into areas themed on her more famous stories and is perfect for younger children. The miniature theme park contains interactive exhibitions to bring beloved characters like Peter Rabbit and Jemima Puddle-Duck to life.

The Ravenglass & Eskdale Steam Railway makes for a highly pleasant 40 minutes, trundling 7 miles from the coast through the lovely Eskdale valley to the foot of the Scafell range. One of the several stops en route, Muncaster, has a castle where you can handle birds of prey in the Hawk and Owl Centre and explore the impressive grounds.

Public transport can get you near these steep slopes – but a car makes access easier. Image by Will Jones / Lonely Planet

If you plan carefully, it is possible to access and explore most of the Lake District using public transport (Windermere has a railway station and buses service the national park). But most prefer to use their own transport. The M6 flanks the entire eastern edge of the park, while the A591 and A66 dissect it internally. Most of the Lake District’s roads are rural and mountain passes may be closed in bad weather.

The bulk of accommodation is in the four main towns – Bowness, Windermere, Ambleside and Keswick – but almost every village has at least one B&B option. There are also plenty of campsites and youth hostels. Food is mainly of the pub grub variety, usually generously portioned, although an increasing number of places offer top-quality fine dining, including the Drunken Duck and the Pheasant Inn.

What kit you bring will depend on what walking you plan to do, and you’ll need to be properly prepared for the likes of Helvellyn and Scafell Pike, especially in the colder months. You should have a pair of Wellington boots and waterproofs as an absolute minimum. Walk Lakes (walklakes.co.uk) is comprehensive and allows you to choose trails by both difficulty and location. 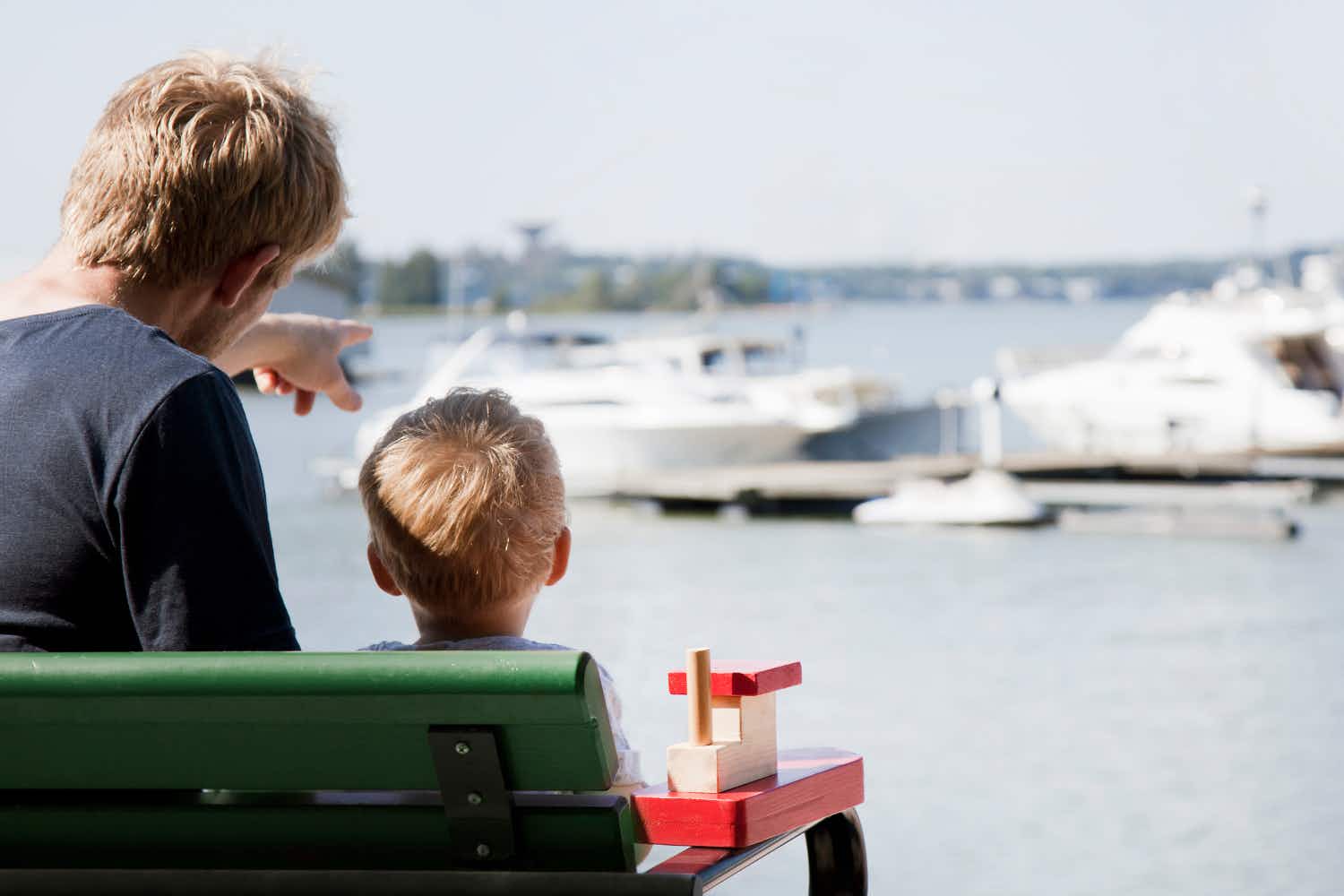 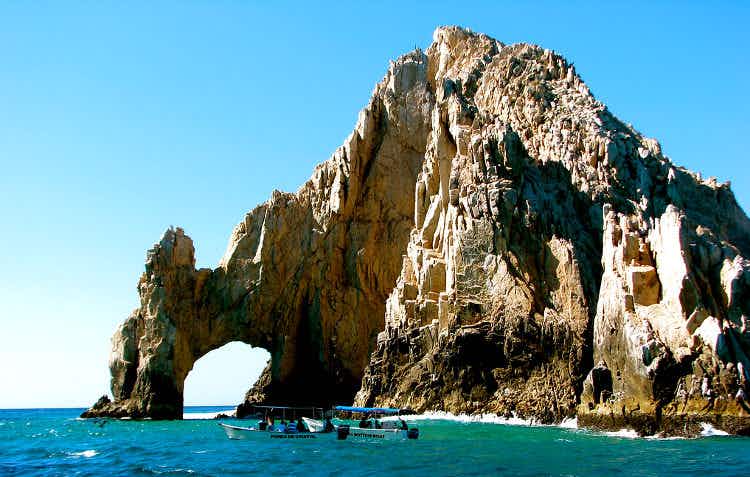 Top 10 things to do in Cabo San Lucas