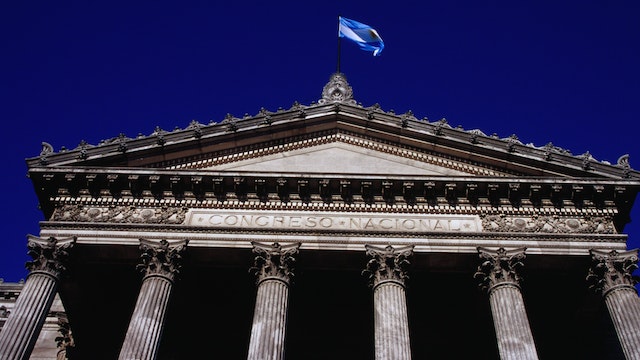 Argentina's green-domed Congress building, modeled on the Capitol Building in Washington, DC, was completed in 1906. Worthwhile free tours of the Senate chamber, the Chamber of Deputies and the gorgeous, walnut-paneled Congress library are given in English and Spanish. The tour also includes the pink room where until 1951 women met to discuss policies; their notes were then passed to a male deputy. Go to the entrance on Hipólito Yrigoyen and bring photo ID.

Note the stone statues on either side of the steps at the front of the palace, facing the square; these were sculpted by the controversial artist Lola Mora and caused a scandal when they were erected in 1907. Conservatives insisted that they be removed; in 2014 President Cristina Kirchner returned replicas of the sculptures to their original location.

Across the way, the Monumento a los Dos Congresos honors the assembly of 1813 and the 1816 Congress in Tucumán, when independence was declared.