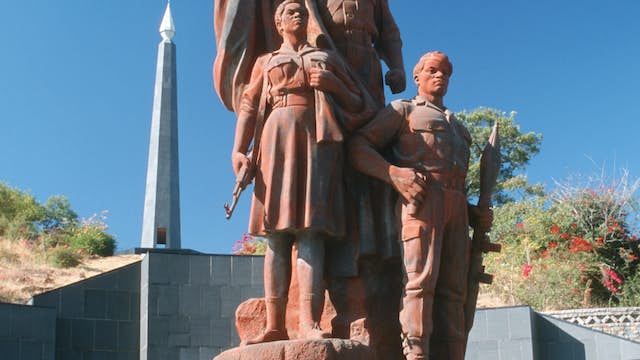 The grandiose obelisk of Heroes' Acre, overlooking the town, is straight out of Pyongyang, yet lies just 7km from Harare. Designed with the assistance of North Korea, it serves as a sombre memorial to the forces who died during the Second Chimurenga. There's a giant socialist-realism statue of the unknown soldier (actually three soldiers), flanked by bronze friezes depicting stirring war victories. Entrance is free, but there's an admission fee for the interesting museum dedicated to the resistance movement.

The creator of the monument is Pyongyang-based Mansudae Art Studio (the only organisation authorised to produce sculptures of North Korean leaders), which is rumoured to have finished two 30ft-tall sculptures of Robert Mugabe that will be unveiled upon his passing.