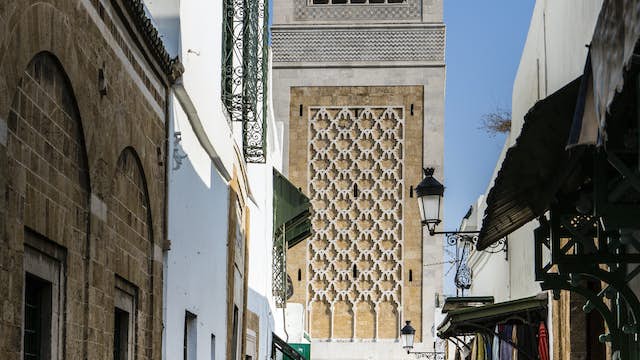 Located in the heart of Tunis' medina, this important mosque was founded in 734 and built on a site once occupied by a church. It was totally rebuilt in the 9th century and restored many times over the centuries, and its huge prayer hall incorporates more than 200 columns scrounged from Roman Carthage. Its Almohades-style minaret in the northwest corner is a medina landmark. Only Muslims may enter the mosque, though the courtyard can be viewed from the terrace of the Panorama Medina Cafe.