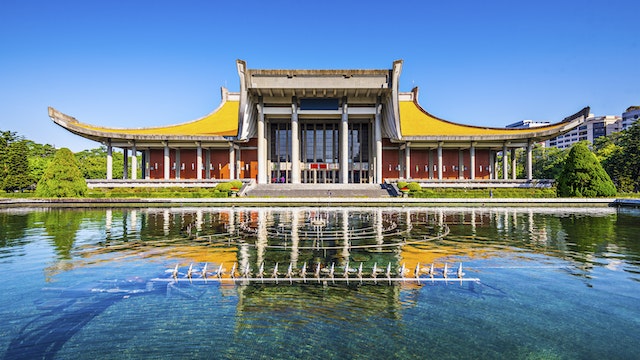 The hall and its surrounding gardens occupy an entire city block. The latter are well used by picnickers, kite flyers, breakdancers and the early morning taichi crowd, while the cavernous interior serves as a cultural centre with regular exhibitions and performances. There's a large, though sparsely informative, museum on the life of Sun Yat-sen, the founder of modern China. The elaborate changing of the guards, with their extremely shiny boots, takes place every hour.

Though designed in a similar palace style as the Chiang Kai-shek Memorial Hall, this hall (finished earlier, in 1972) is largely considered a decent piece of architecture, blending modernity with tradition without a fetish for 'classical' decorative features.

The main entrance is just to the east of Sun Yat-sen Memorial Hall MRT station on Zhongxiao E Rd, but there are gates to the grounds from all four sides.