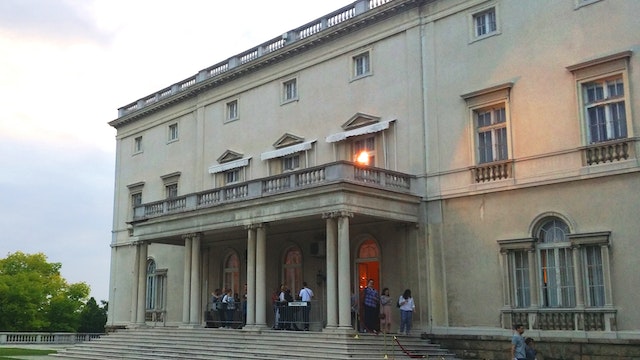 Commissioned between the two world wars by soon-to-be-assassinated King Alexander I of Yugoslavia, the Royal and White Palaces in Belgrade's exclusive Dedinje neighbourhood were residences of King Peter II and used by the communist regime after WWII. Today they are home to the descendants of the Karađorđević dynasty and can be visited only by guided tour. The two-hour tour (book through the Tourist Organisation of Belgrade; www.tob.rs) leaves from Nikola Pašić Square Wednesday and weekends from April through to October.

Covered in white marble, the Royal Palace was built in 1929 in the Serbian-Byzantine style. Its most impressive rooms are the Entrance Hall (decorated with copies of frescoes from Serbia’s medieval monasteries), the baroque Blue Drawing Room and the Renaissance-style Dining Room and Gold Drawing Room. The classicist White Palace – intended for the king's three sons and only completed after his assassination, in 1937 – has several rooms furnished in the style of Louis XV and Louis XVI. The basement (with a wine cellar, billiards room and cinema) is painted in the style of the Terem Palace at the Kremlin in Moscow, featuring scenes from Serbian national mythology. The palaces house a large art collection from the Karađorđević family, and the complex also includes a small chapel dedicated to St Andrew.