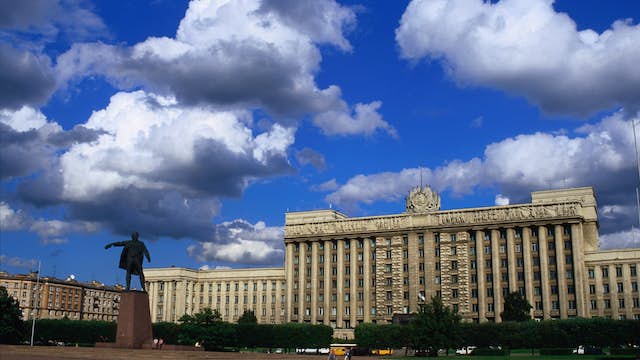 Right outside the Moskovskaya metro station you’ll see the House of Soviets, a staggeringly bombastic Stalinist beauty. Planned to be the central administrative building of Stalin’s Leningrad, it was built with the leader’s neoclassical tastes in mind. Begun by Noi Trotsky in 1936, it was not finished until after the war, by which time the architect had been purged. Nonetheless, this magnificent, sinister building is a great example of Stalinist design, with its columns and bas-reliefs and an enormous frieze running across the top. Today it houses the Moskovsky Region’s local administration and is closed to the public.