in San Juan & Around 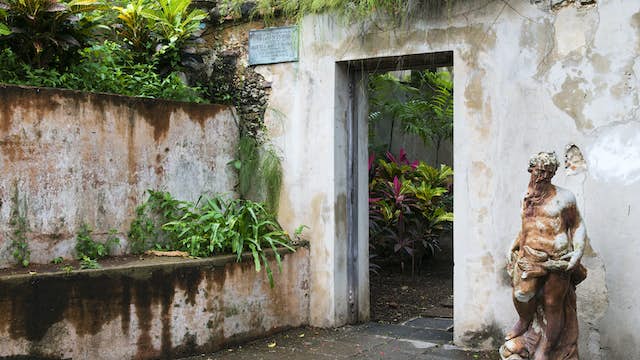 First constructed in 1521 as a residence for Puerto Rico’s pioneering governor, Juan Ponce de León (who died before he could move in), Casa Blanca is the oldest continuously occupied house in the western hemisphere. Today it's a historic monument containing a sparse museum and an Andalusian-style garden. The interior rooms are furnished with antiques and paintings from the 16th and 17th centuries; the views of the bay from the 2nd floor are among the best in Old San Juan.

For the first 250 years after its construction, this simple colonial-era building served as the ancestral home for the de León family. In 1783 Casa Blanca was taken over by the Spanish military, then with the change of Puerto Rico’s political status in 1898, it provided a base for US military commanders until 1966.