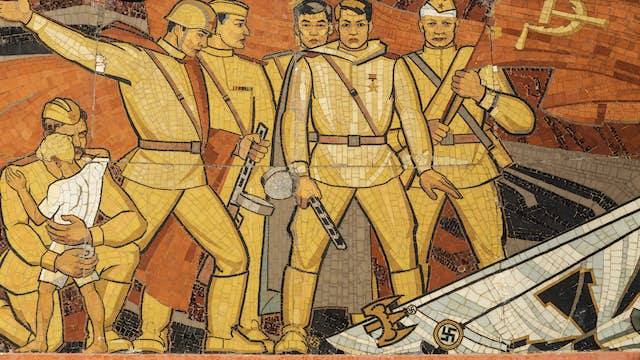 Built by the Russians to commemorate 'unknown soldiers and heroes' from various wars, the Zaisan Memorial features stirring socialist realism imagery with Soviet mosaics and reliefs, including that of Stalin and Lenin. Accessed via steep stairs, the monument sits atop the hill south of the city with wonderful views of Ulaanbaatar and the surrounding hills – although these have been blighted by recent high-rise commercial development. Take bus 8 or 52 from Bayangol Hotel or Baga Toiruu.

The enormous tank at the bottom of the hill – part of the Mongolia People's Tank Brigade – saw action against the Nazis during WWII.