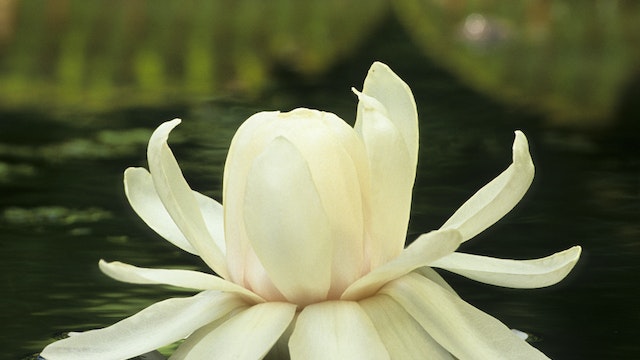 After London's Kew Gardens, the SSR Gardens is one of the world's best botanical gardens. It's among the most popular tourist attractions in Mauritius and easily reached from almost anywhere on the island. Labelling of the plants is a work in progress, and you can hire one of the knowledgeable guides who wait just inside or use the maps for a self-guided tour. Golf-buggy tours (adult Rs 250, child Rs 100) are available on request for those with limited mobility.

The centrepiece of the gardens is a pond filled with giant Victoria amazonica water lilies, native to South America. Young leaves emerge as wrinkled balls and unfold into the classic tea-tray shape up to 2m across in a matter of hours. The flowers in the centre of the huge leaves open white one day and close red the next. The lilies are at their biggest and best in the warm summer months, notably January.

Palms constitute the most important part of the horticultural display, and they come in an astonishing variety of shapes and forms. Some of the more prominent are the stubby bottle palms, the tall royal palms and the talipot palms, which flower once after about 40 years and then die. Other varieties include the raffia, sugar, toddy, fever, fan and even sealing-wax palms. There are many other curious tree species on display, including the marmalade box tree, the fish poison tree and the sausage tree.

Another highlight is the abundant birdlife – watch for the crimson hues of the Madagascar fody – while there are captive populations of deer and around a dozen giant Aldabra tortoises near the park's northern exit.

The gardens were named after Sir Seewoosagur Ramgoolam, the first prime minister of independent Mauritius, and were started by Mahé de Labourdonnais in 1735 as a vegetable plot for his Mon Plaisir Château (which now contains a small exhibition of photographs). Close to the chateau is the funerary platform where Sir Seewoosagur Ramgoolam was cremated (his ashes were scattered on the Ganges in India). Various international dignitaries have planted trees in the surrounding gardens, including Nelson Mandela, Indira Gandhi and a host of British royals.

The landscape came into its own in 1768 under the auspices of French horticulturalist Pierre Poivre. Like Kew Gardens, the gardens played a significant role in the horticultural espionage of the day. Poivre imported seeds from around the world in a bid to end France's dependence on Asian spices. The gardens were neglected between 1810 and 1849 until British horticulturalist James Duncan transformed them into an arboretum for palms and other tropical trees.