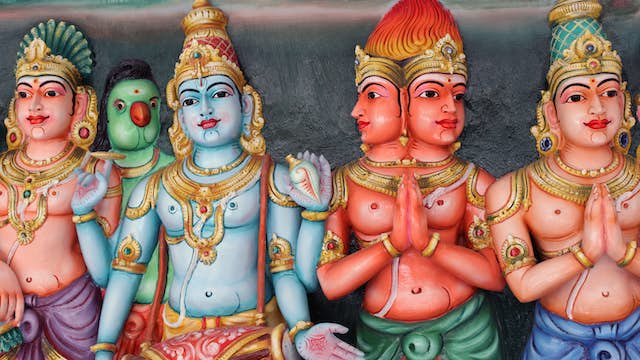 Rising almost 23m above this lively Hindu temple is its gopuram, a tower decorated with colourful Hindu gods. Founded in 1873, making it one of the oldest such temples in Malaysia, it is decorated in South Indian style and named after Mariamman, the South Indian mother goddess (also known as Parvati). Her shrine is at the back of the complex. On the left sits a shrine to the elephant-headed deity Ganesh, and on the right one to Lord Murugan.

There's a steady stream of visitors here but outside of major festivals, such as Thaipusam when Lord Murugan is transported from the temple to Batu Caves on a silver chariot, Sri Mahamariamman is usually a relatively peaceful place.