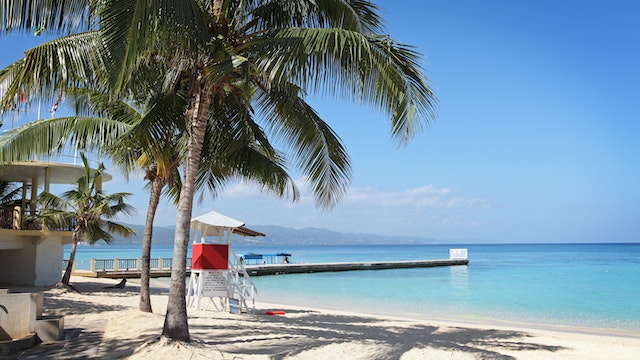 It may sound like a rocky hole inhabited by lab-coated troglodytes, but this is actually Montego Bay’s most famous beach and the one with the most facilities. A pretty arc of sugary sand fronts a deep-blue gem studded with floating dive platforms and speckled with tourists sighing happily. Er, lots of tourists – and a fair few Jamaicans as well. The upside is an admission charge keeps out the beach hustlers, though it doesn't ensure that the beach is kept spotless.

Founded as a bathing club in 1906, Doctor’s Cave earned its name when English chiropractor Sir Herbert Barker claimed the waters here had healing properties. People flocked to Montego Bay, kick-starting a tourism evolution that would culminate in the appearance of Homo Margaritavillus decades later. There are lots of facilities on hand, including a restaurant, a grill bar, an internet cafe and water sports, and lots of things to rent (beach chairs, towels, snorkeling gear).