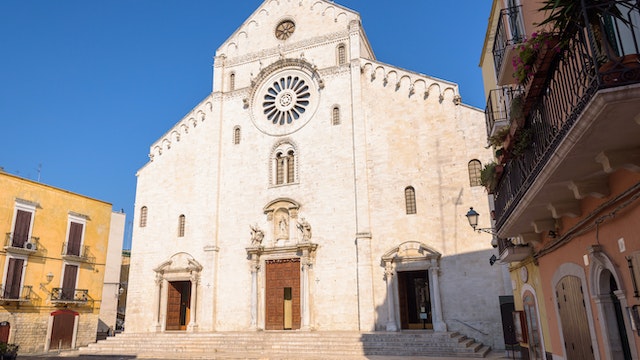 Built over the original Byzantine church, the 12th- to 13th-century Romanesque cathedral, dedicated to San Sabino, is technically Bari's most important church, although its fame pales alongside San Nicola. Inside, the plain walls are punctuated with deep arcades and the eastern window is a tangle of plant and animal motifs. The highlight lies in the subterranean Museo del Succorpo della Cattedrale, where excavations have revealed remnants left over from an ancient Christian basilica and various Roman ruins.