This beguiling nation of over 17,000 islands is home to a huge diversity of adventures to choose from. It's hard to beat Indonesia for the sheer range of experiences on offer.

The world’s fourth most populous country is like 100 countries melded into one: a kaleidoscope of a nation that sprawls along the equator for 5000km. Indonesia is a land of so many cultures, peoples, animals, customs, plants, sights, art and foods that it defies homogenization.

The people are as radically different from each other as the variety of landscapes you'll see. Over time, deep and rich cultures have evolved, from the spiritual Balinese to the animist belief system of the Asmat people of Papua.

Venturing across Indonesia you’ll see a wonderfully dramatic landscape as diverse as anywhere on the planet. Sulawesi's wildly multi-limbed coastline embraces white-sand beaches and diving haunts, while Sumatra is contoured by a legion of nearly 100 volcanoes marching off into the distance, several capable of erupting at any time.

Bali's beaches are the stuff of legend, but you don't have to travel far to find even more beautiful and less touristed stretches of sand in Nusa Tenggara. The Banda islands in Maluku, Derawan in Kalimantan and Pulau Weh off Sumatra all offer superb beaches too.

Dramatic sights are the norm. There’s the sublime: an orangutan lounging in a tree. The artful: a Balinese dancer executing precise moves that would make a robot seem ungainly. The idyllic: a deserted stretch of blinding white sand on Sumbawa. The astonishing: crowds in a glitzy Jakarta mall. The intriguing: tales of the beautiful Banda Islands' twisted history. The heart-stopping: the ominous menace of a Komodo dragon. The delicious: a south Bali restaurant. The solemn: Borobudur's serene magnificence.

This intoxicating land offers some of the last great adventures on earth. Sitting in the open door of a train whizzing across Java, gazing out at an empty sea while on a ship bound for the Kei Islands, hanging on to the back of a scooter on Flores, rounding the corner of an ancient West Timor village or simply trekking through the lush wilderness.

The great thing about adventure in Indonesia is that it happens when you least expect it. An orangutan swinging through the trees? Surfing breaks on remote islands? Yes and yes.

Show all
Show all attractionsMore in Indonesia
View all stories

These are our favorite local haunts, touristy spots, and hidden gems throughout Indonesia.

Ready to go? Get to the heart of Indonesia with one of Lonely Planet's in-depth, award-winning guidebooks. 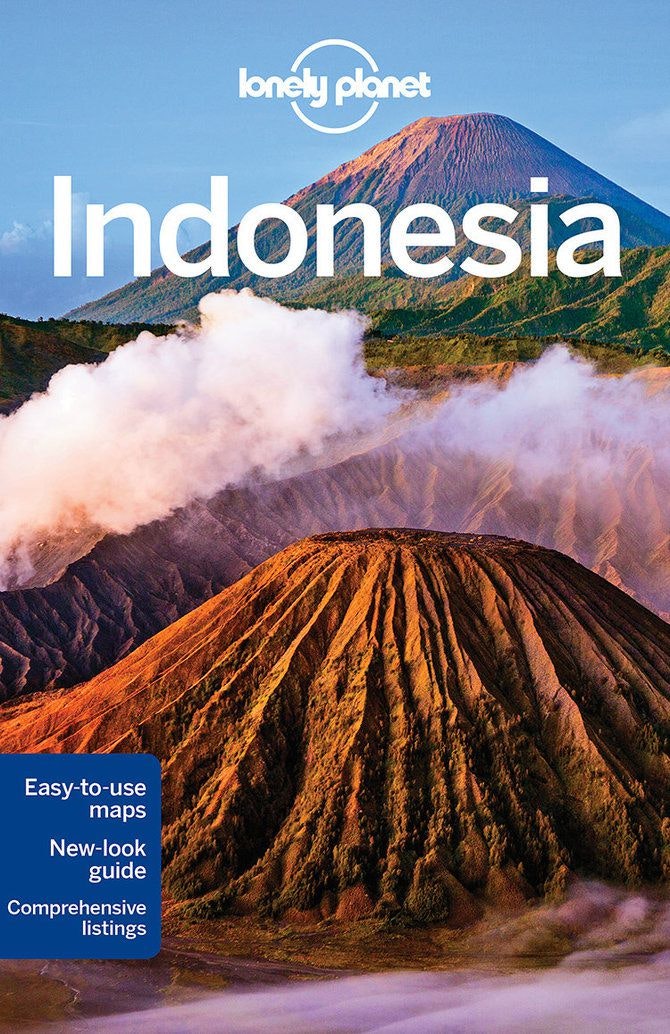