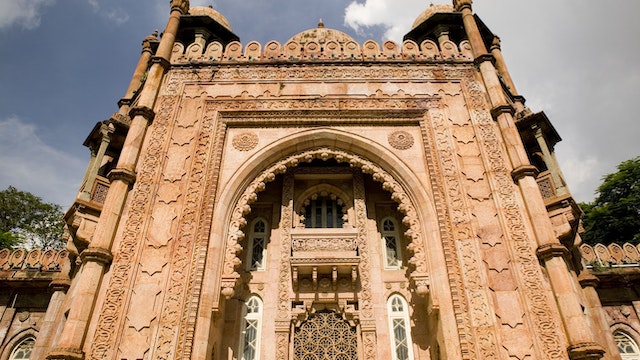 Housed across from the striking British-built Pantheon Complex, this excellent museum is Chennai’s best. The big highlight is building 3, the Bronze Gallery, with a superb collection of South Indian bronzes from the 7th-century Pallava era through to modern times (and English-language explanatory material).

It was from the 9th to 11th centuries, in the Chola period, that bronze sculpture peaked. Among the Bronze Gallery's impressive pieces are many of Shiva as Nataraja, the cosmic dancer, and an outstanding Chola bronze of Ardhanarishvara, the androgynous incarnation of Shiva and Parvati.

The main Archaeological Galleries (building 1) represent all the major South Indian periods from 2nd-century BC Buddhist sculptures to 16th-century Vijayanagar work, with rooms devoted to Hindu, Buddhist and Jain sculpture. Building 2, the Anthropology Galleries, traces South Indian human history back to prehistoric times, displaying tribal artefacts from across the region; outside it is a tiger-head cannon captured from Tipu Sultan's army in 1799 upon his defeat at Srirangapatnam.

The museum also includes the National Art Gallery, Contemporary Art Gallery and Children’s Museum, on the same ticket. Some sections may be closed for renovation.