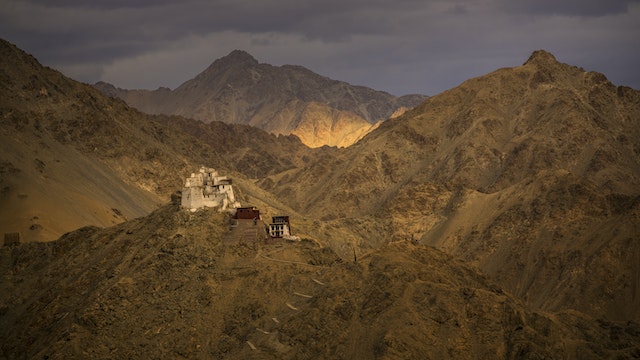 Bearing a passing similarity to the Potala Palace in Lhasa (Tibet), this nine-storey dun-coloured edifice is Leh's dominant structure and architectural icon. It took shape under 17th-century king Singge Namgyal but has been essentially unoccupied since the Ladakhi royals were stripped of power and shuffled off to Stok in 1846. Today the sturdy walls enclose some photo exhibition spaces and a small prayer room, but the most enjoyable part of a visit is venturing to the uppermost rooftops for the view.

Interesting structures ranged around the palace’s base include the prominent Namgyal Stupa, the colourfully muralled Chandazik Gompa and Soma Gompa, once home to the monastic printing press. Also nearby is the 1430 Chamba Lhakhang, with its colourful three-storey Buddha and medieval mural fragments. Don't count on any of these being open though.