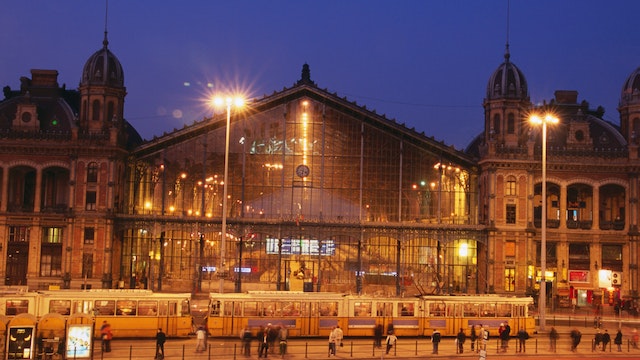 The large iron-and-glass structure on Nyugati tér is the 'Western' train station, built in 1877 by the Paris-based Eiffel Company. In the early 1970s a train crashed through the enormous glass screen on the main facade when its brakes failed; it came to rest at the tram line. The old dining hall on the south side has housed one of the world’s most elegant McDonald’s since the 1980s. The mammoth WestEnd City Center shopping mall is just north.