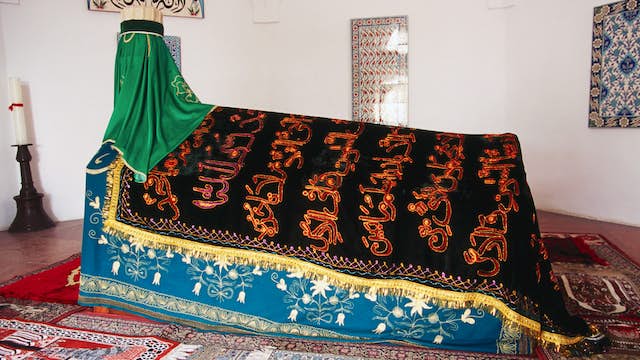 This renovated tomb contains the mortal remains of one Gül Baba, an Ottoman dervish who took part in the capture of Buda in 1541 and is known in Hungary as the ‘Father of Roses’. The tomb/mosque (1548) is a pilgrimage place for Muslims, especially from Turkey, and you must remove your shoes before entering.

To reach the tomb from Török utca, which runs parallel to Frankel Leó út, walk west up cobbled Gül Baba utca to the set of steps just past the house at No 16. You can also get here from Mecset utca, which runs north from Margit utca.