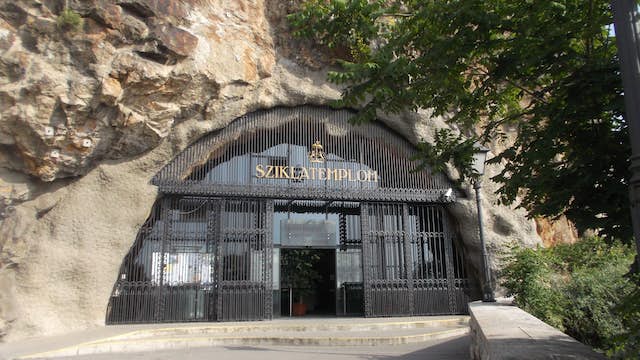 This chapel is on a small hill directly opposite (north of) the landmark Danubius Hotel Gellért and baths. It was built into a cave in 1926 and was the seat of Hungary's Pauline order until 1951, when the priests were imprisoned by the communists and the cave sealed off. It was reopened and reconsecrated in 1992. Behind the chapel is a monastery with neo-Gothic turrets that are visible from Liberty Bridge.