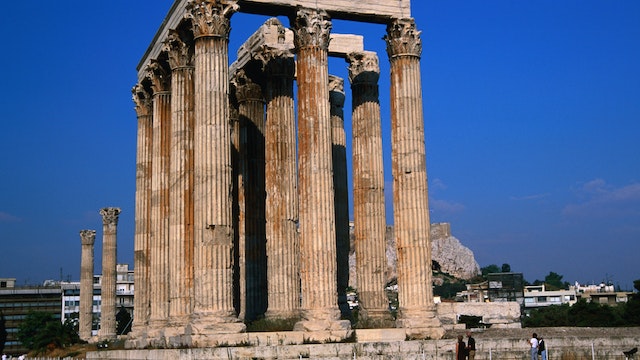 A can't-miss on two counts: it's a marvellous temple, once the largest in Greece, and it's smack in the centre of Athens. Of the temple's 104 original Corinthian columns (17m high with a base diameter of 1.7m), only 15 remain – the fallen column was blown down in a gale in 1852.

Begun in the 6th century BC by Peisistratos, the temple was abandoned for lack of funds. Various other leaders took a stab at completing it, but it was left to Hadrian to finish the job in AD 131, thus taking more than 700 years in total to build. In typically immodest fashion, Hadrian built not just a colossal statue of Zeus, but an equally large one of himself.

Final admission is 30 minutes before closing.