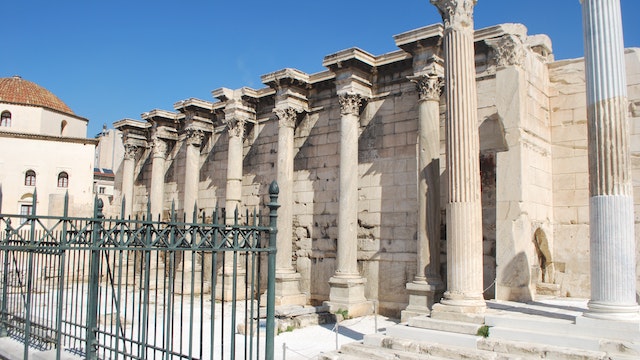 These are the remains of the largest structure erected by Hadrian (2nd century AD). Not just a library, it also held music and lecture rooms. It was laid out as a typical Roman forum, with a pool in the centre of a courtyard bordered by 100 columns. The library's west wall, by the site entrance, has been restored. Beyond are only traces of the library, as well as two churches, built in the 7th and 12th centuries.

You can get a good sense of the library's grand scale from outside the fence, uphill on Dexippou. It essentially functioned as Athens' civic centre in Roman times, while the nearby Roman Agora was the market.