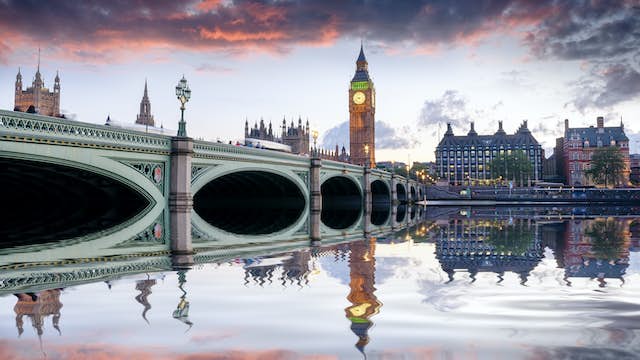 The most famous feature of the Palace of Westminster (Houses of Parliament) is Elizabeth Tower, more commonly known as Big Ben. A major £61-million refurbishment project is covering the tower in scaffolding, hampering that perfect London picture, and the famous chimes will be silenced until the work is finished, scheduled to be in 2021.

Most people call the building Big Ben, however, Big Ben is actually the 13.7-tonne bell hanging inside the 96m-high tower, and is thought to be named after Benjamin Hall, the Commissioner of Works when the tower was completed in 1859.

UK residents can tour the tower by writing to their MP, but international visitors cannot go inside. The tours have been paused during the renovation works.