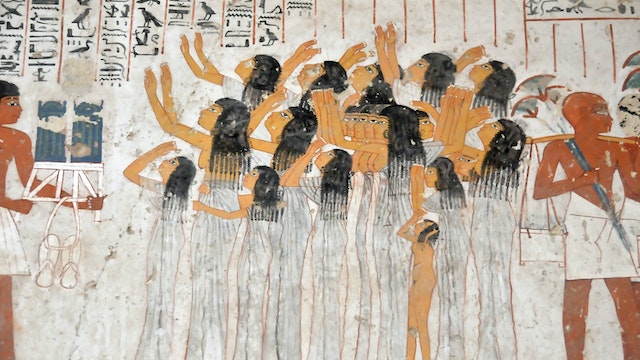 These tombs are some of the best least-visited attractions on the west bank. Nestled in the foothills opposite the Ramesseum are more than 400 tombs belonging to nobles from the 6th dynasty to the Graeco-Roman period. Where royal tombs were decorated with cryptic passages from the Book of the Dead to guide them through the afterlife, the nobles, intent on letting the good life continue after their death, decorated their tombs with wonderfully detailed scenes of their daily lives.

There have been several new discoveries on the hillside in recent years, but these tombs are still being studied. Tombs that are open to the public are divided into groups, and each group requires a separate ticket (various prices) from the Antiquities Inspectorate ticket office. The groups are the Tombs of Khonsu, Userhet and Benia; the Tombs of Menna, Nakht and Amenenope; the Tombs of Ramose, Userhet and Khaemhet; Tombs of Sennofer and Rekhmire; and Tombs of Neferronpet, Dhutmosi and Nefersekheru.