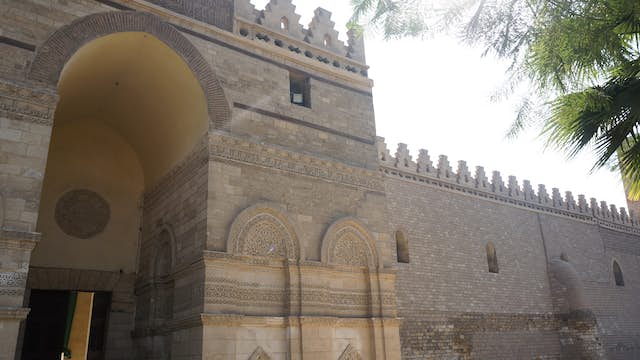 The rounded Bab Al Futah with its delicate carved stone arch and the square-towered Bab An Nasr were built in 1087 as the two main northern entrances to the walled Fatimid city of Al Qahira. Although they never repelled a military attack, until the French adapted them to their cannons, if you walk along the outside you'll see what an imposing bit of military architecture the whole thing is.

At the time of research, the gates were being extensively restored. When finished, visitors should be able to get access to the top of the walls and inside the gates themselves, and see inscriptions left by Napoleon's troops as well as carved animals and Pharaonic figures on the stones scavenged from the ruins of ancient Memphis.