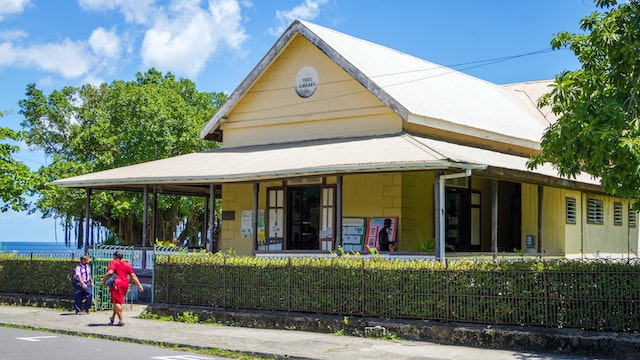 This handsome 1906 stone building was funded by US philanthropist Andrew Carnegie and was Dominica's best public library until Maria ripped off its roof in 2017. It has since been closed, with its surviving collection moved elsewhere.

The massive white mansion with the expansive lawn across the street is the State House, used by the government for official receptions. Parliament meets in the adjacent Assembly Building.