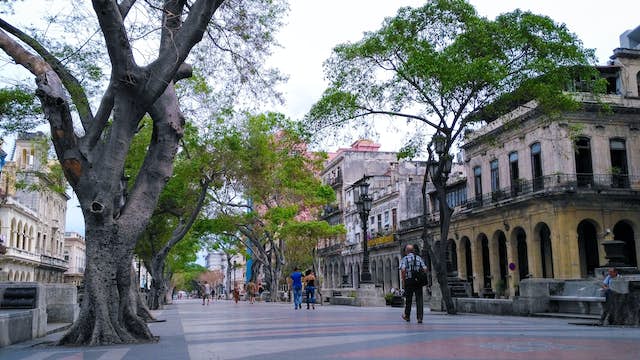 Construction of this stately European-style boulevard – the first street outside the old city walls – began in 1770, and work was completed in the mid-1830s during the term of Captain General Miguel Tacón (1834–38). The original idea was to create a boulevard as splendid as any found in Paris or Barcelona (El Prado bears more than a passing resemblance to Las Ramblas). The famous bronze lions that guard the central promenade at either end were added in 1928.

These days the Prado hosts a respected alfresco art market on weekends and countless impromptu soccer matches during the week.

Although officially known as Paseo de Martí, the street is almost universally referred to by its old name, Prado.