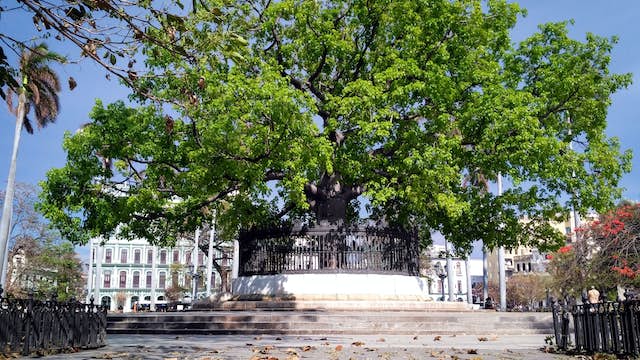 Leafy Parque de la Fraternidad was established in 1892 to commemorate the fourth centenary of the Spanish landing in the Americas. A few decades later it was remodeled and renamed to mark the 1927 Pan-American Conference. The name is meant to signify American brotherhood, hence the many busts of Latin and North American leaders that embellish the green areas, including one of US president Abraham Lincoln.

Today the park is the terminus of numerous metro bus routes, and is sometimes referred to as 'Jurassic Park' because of the plethora of photogenic old American cars now used as almendrones (collective taxis) that congregate around here.