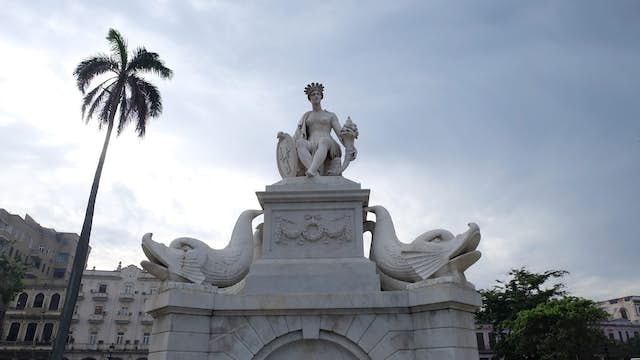 Spare a glance for this white Carrara-marble fountain, carved by Giuseppe Gaggini in 1837 for the Count of Villanueva and now situated on a traffic island in front of Hotel Saratoga. It portrays a regal indigenous woman adorned with a crown of eagle’s feathers and seated on a throne surrounded by four gargoylesque dolphins.

In one hand the woman holds a horn-shaped basket filled with fruit, in the other a shield bearing the city’s coat of arms – a golden key between two mountains, a sun above the sea, three stripes emblazoned on a white background, and a royal palm.