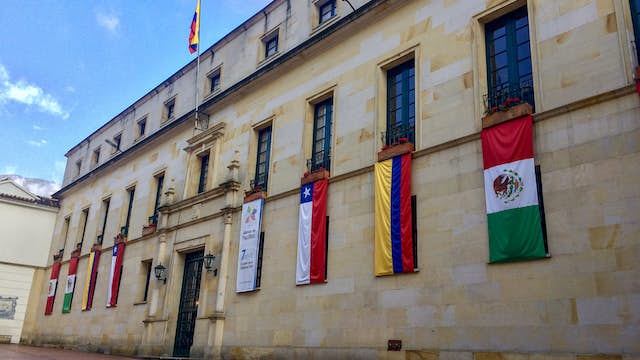 This colossal edifice has seen a few lives, notably as the presidential HQ of Simón Bolívar, who narrowly escaped an assassination attempt here in 1828 when his friend-with-privileges Manuelita Sáenz tipped him off and became known in Bogotá circles as 'the liberator of the Liberator.' A (dramatically worded) sign in Latin under his window (to the right) retells the story.