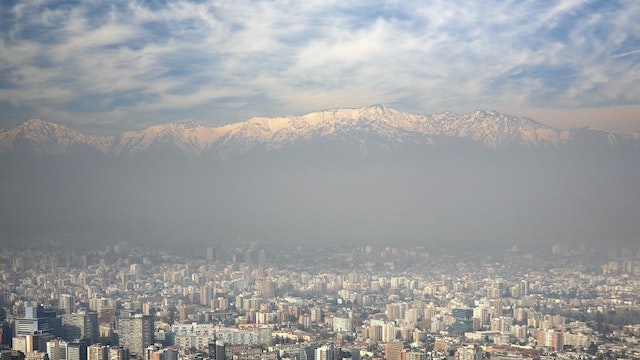 The best views over Santiago are from the peaks and viewpoints of the Parque Metropolitano, better known as Cerro San Cristóbal. At 722 hectares, the park is Santiago's largest green space, but it's still decidedly urban: a funicular carries you between different landscaped sections on one side, while a teleférico (cable car) swoops you away on the other.

A snowy white 14m-high statue of the Virgen de la Inmaculada Concepción towers atop the cumbre (summit) at the Bellavista end of the park. The benches at its feet are the outdoor church where Pope John Paul II said Mass in 1984. To get here, take a steep switchbacked dirt trail or the funicular from Plaza Caupolicán (where you'll also find a tourist info kiosk). Alternatively, enter the park from Pedro de Valdivia and board the teleférico.

Near the top of the funicular is the Terraza Bellavista, where there are a few snack stands and extraordinary views across the city. The park lies north of Bellavista and Providencia and has entrances in both neighborhoods.