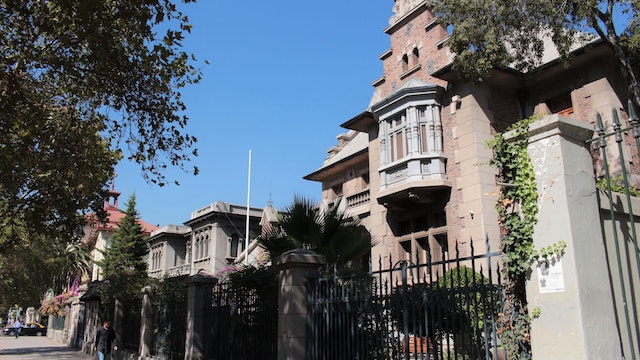 Picasso, Miró, Tápies and Matta are some of the artistic heavyweights who gave works to the Museo de la Solidaridad Salvador Allende. Begun as a populist art initiative during Allende's presidency – and named in his honor – the incredible collection was taken abroad during the dictatorship, where it became a symbol of Chilean resistance.

The 2000 works finally found a home in 2005, when the Fundación Allende bought and remodeled this grand old town house. The permanent collection sometimes goes on tour and is replaced by temporary exhibitions, and there's a darkened room with an eerie display of Allende's personal effects. Guided tours (email ahead) sometimes visit the basement, where you can see tangled telephone wires and torture instruments left over from when the house was used by the dictatorship's notorious National Intelligence Directorate (DINA) as a listening station.