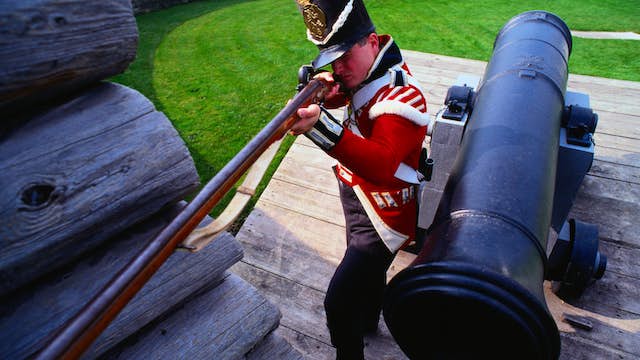 Established by the British in 1793 to defend the then town of York, Fort York was almost entirely destroyed during the War of 1812 when a small band of Ojibwe warriors and British troops were unable to defeat their US attackers. Several structures – barracks, block houses and powder magazines – were immediately rebuilt and still stand on the 17-hectare site. From May to September, men decked out in 19th-century British military uniforms carry out marches and drills, firing musket volleys into the sky.

The visitors center has a museum relating the history of the site and showcasing period artifacts. It also has a small theater where an orientation film is screened. The fort is open year-round; check the homepage for special events and tour details.